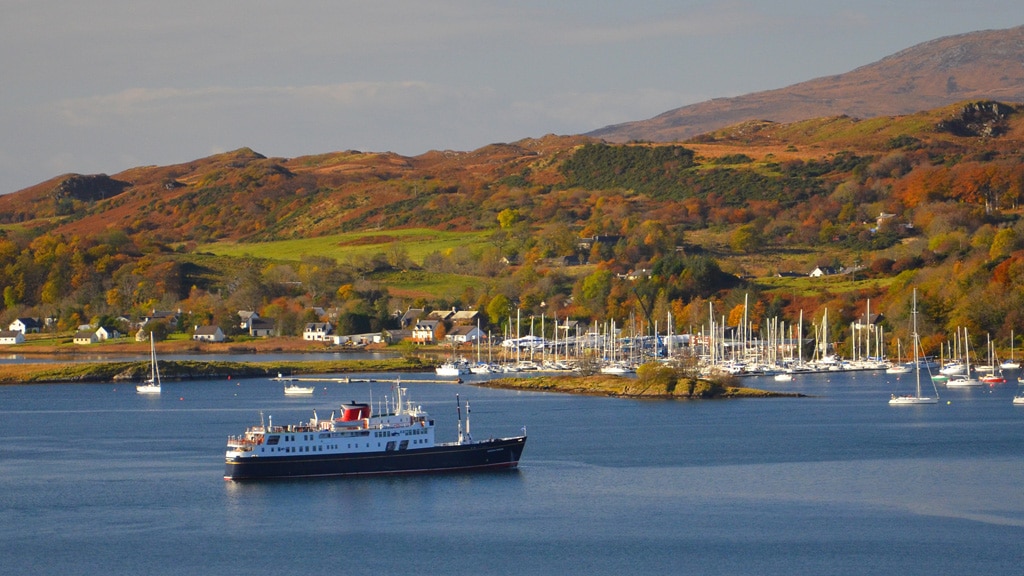 What ‘little’ known vessel is the smallest no fly cruise ship? This was a fun question that came to No Fly Cruises recently, so we decided to go out and investigate. But to answer, first we needed to define the notion of size and how best to measure it on a cruise ship.

However, size (or lack of it) is of course no sign of quality and this dainty little princess actually has the ultimate sign of quality attached to her name, no less than the Royal Warrant of Appointment to the British Royal Family. This is of course a mark of recognition of those who have supplied goods or services to the Households of HM The Queen and co, something Hebridean Princess did in 2010 when HM Elizabeth II chartered her for a two week cruise.

More recently, you may well see this little princess sailing as far as Ireland or the Norwegian Fjords but her home port is no fly favourite Oban in Scotland and a classic 7-night no fly cruise would take in such places as Tobermory, Skye, Lewis and Mull. With options to travel to Scotland by train from other key cities in the UK.

We absolutely love the charm and unique product offering of Hebridean Island Cruises and their small but beautiful cruise ship, Hebridean Princess. Making this cruise line a No Fly Cruises favourite.