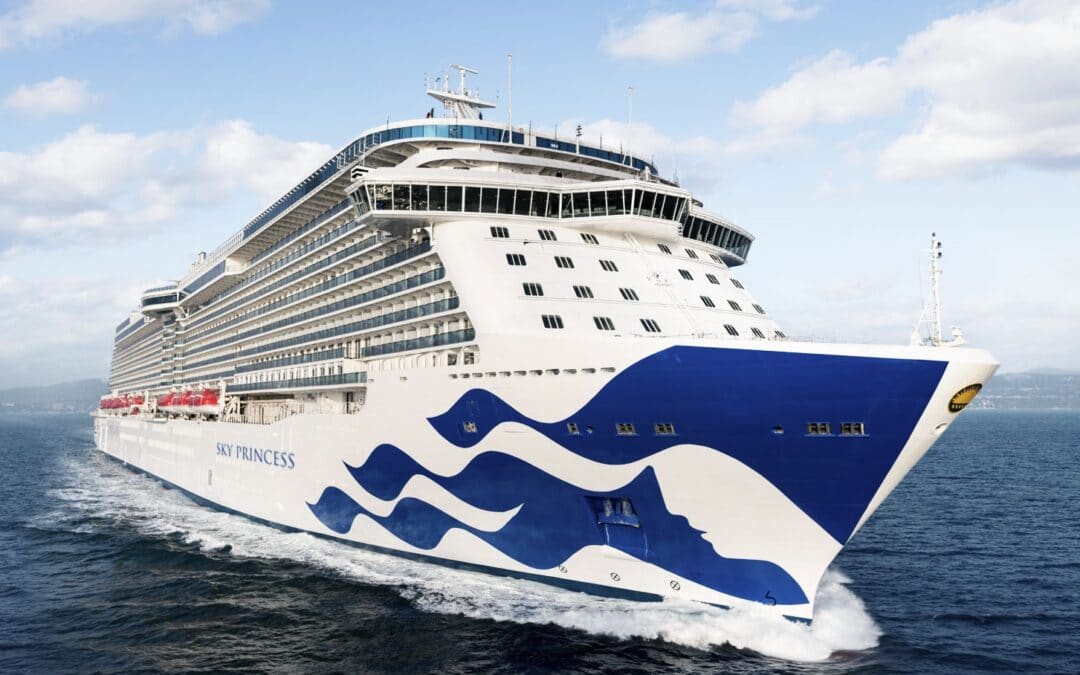 As positive news grows for a return to no fly cruising from UK ports, one of the best-known names, Princess Cruises, has announced that 2022 will see its longest ever UK season.

The newly announced season will include cruises on Sky Princess, which joined the fleet of 15 modern ships last year and has a capacity of 3,660 guests. The ship will be cruising from Southampton from March – October 2022, a record total for the line  of 215 days.

Sky Princess will also be the largest ship to homeport that the UK has ever had, which shows the exciting confidence that major cruise lines have in UK cruising and no fly cruises from UK ports.

Sky Princess will be joined in the UK by sister ship Crown Princess, which will also be based in Southampton offering no fly British Isles itineraries. 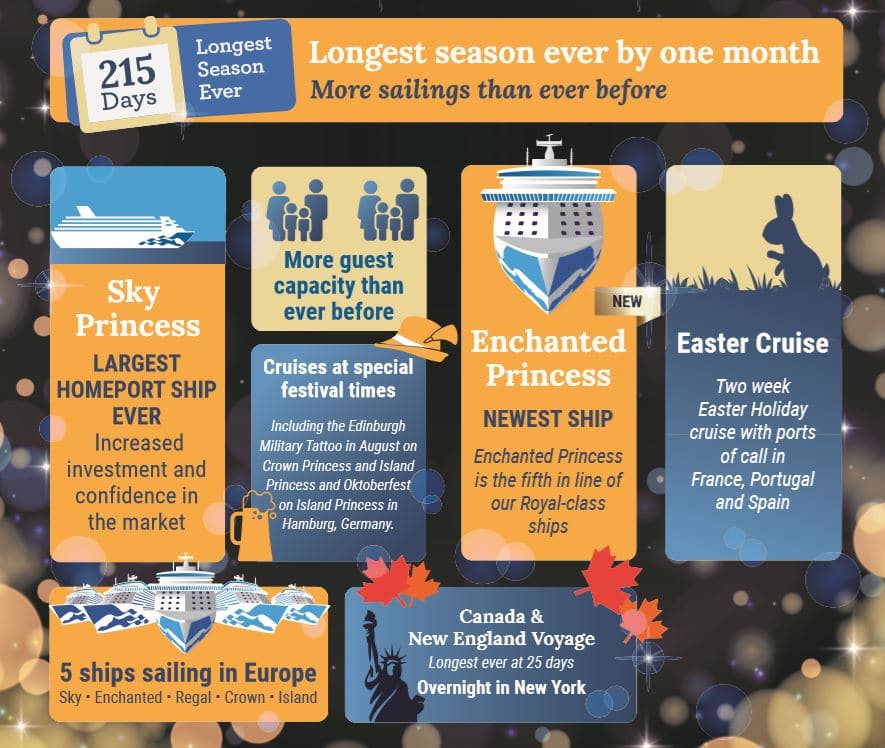 The 3,080-guest Crown Princess will sail the British Isles from May to October on 14 Southampton sailings. The ship will travel to destinations including (Click port to see our expert guides) Liverpool, Guernsey, Dublin, Belfast, Orkney Islands (Kirkwall) and Edinburgh, with select itineraries offering overnight calls in port.

Princess past guests are eligible for a special promotion when they book early on these cruises. The special promotion consists of a Captain’s Circle launch discount of up to £100 per person. Offer expires April 30, 2021.

This is more positive and exciting news for the future of no fly cruises from UK ports and the team at NoFlyCruises welcomes another exciting season ahead in 2022.

>>For more about the new Princess Cruises visit their website www.princesscruises.co.uk