The Netherlands, or Holland as it is also know, is one of the safest countries in the world and it’s also home to one of our personal favourite destinations in Europe, Amsterdam. Our comprehensive Amsterdam cruise port guide is your one stop for everything you need to know about your time in this incredible city, with expert comment for extra ideas.

One day in Amsterdam will never be enough, you could even visit every day for an entire year and still not have had the pleasure of enjoying everything the city has on offer. Whatever you want to do and however you want to spend your time here, you’ll find something that works perfectly for you. There are dozens of museums, outdoor markets, dining options, canal walks or cruises to enjoy and so much more.

Of course, one of the most visited places in all of Holland is the Anne Frank Huis, which can be found on Prinsengracht. This is where Otto Frank and his wife and daughters went into hiding in 1942. A week after they arrived, they were joined by the Van Pels family and several months after this, Fritz Pfeffer. Two years later, in August 1944, they were found and arrested. Just one month later they were transported to Auschwitz-Birkenau. Otto Frank was the only one in his family to survive the Holocaust. Should you decide to visit the Anne Frank House, it’s likely your cruise line will be offering this as an excursion, however, should you decide you’d like to visit on your own then we highly suggest pre-booking your tickets online. The museum can become very busy, especially during the summer months, with queues literally around the block.

Although a lot of cruise ships do dock in the heart of Amsterdam, there are some that will berth in Ijmuiden and offer a transfer service for guests into the city. Ijmuiden is approx. 45-minutes by bus from Amsterdam, so take note of where your ship will dock when you are booking. If your ship does indeed dock in Amsterdam, then you’re in for a fabulous treat as you sail in and out. To get from the North Sea and into the city, the ship must traverse the North Sea Canal and it’s quite an exciting thing to experience. It was constructed between 1865 and 1867 purposely to allow ships to reach Amsterdam. OK, it’s not exactly the Panama Canal, but it’s still fun to watch.

If you’re relatively fit and healthy, then almost everything in Amsterdam is best accessed on foot. In fact, this is probably the very best way to see the city and enjoy the never-ending canal bridges, old architecture and atmosphere. It’s also a great way to come across hidden gems you didn’t even know were there, such as local markets or in the winter months, maybe even a street ice rink! Another great reason to explore on foot is to enjoy the smells of all the various cuisines that are available in Amsterdam, including the legendary Dutch Frites – which no visit to Holland is complete without. Basically, Dutch Frites are Dutch fries and they are a staple street food across the country. They’re often served from small kiosks and come in a paper cone of various sizes. Once you select your size, you then select your sauces. Some places are better than others (we really like Grizzl, Vleminckx de Sausmeester, Manneken Pis and Moeke’s) and many now offer more topping options than just sauces.

The best way to explore Amsterdam is on foot, but the city tram and public transport system are both excellent. You can purchase Amsterdam City Card’s online in advance of your trip and save hundreds of euros on attractions, meals, transport and more

It takes approx. 10-minutes to walk from Amsterdam Cruise Terminal and into the heart of the city centre

If you decide to walk through the Red Light District, we suggest keeping any kind of camera in your pocket or bag – it’s forbidden to take photographs of the women and they will apprehend you if they suspect you’re taking photos

Just so there is no confusion for those who wish to indulge, it is legal to smoke Cannabis in The Netherlands but it must only be consumed on the premises of a licensed coffee shop – smoking Cannabis in the street is still an offence. The maximum buying amount is 5 grams and again, anything above this is an offence and you could risk a large fine or prison sentence 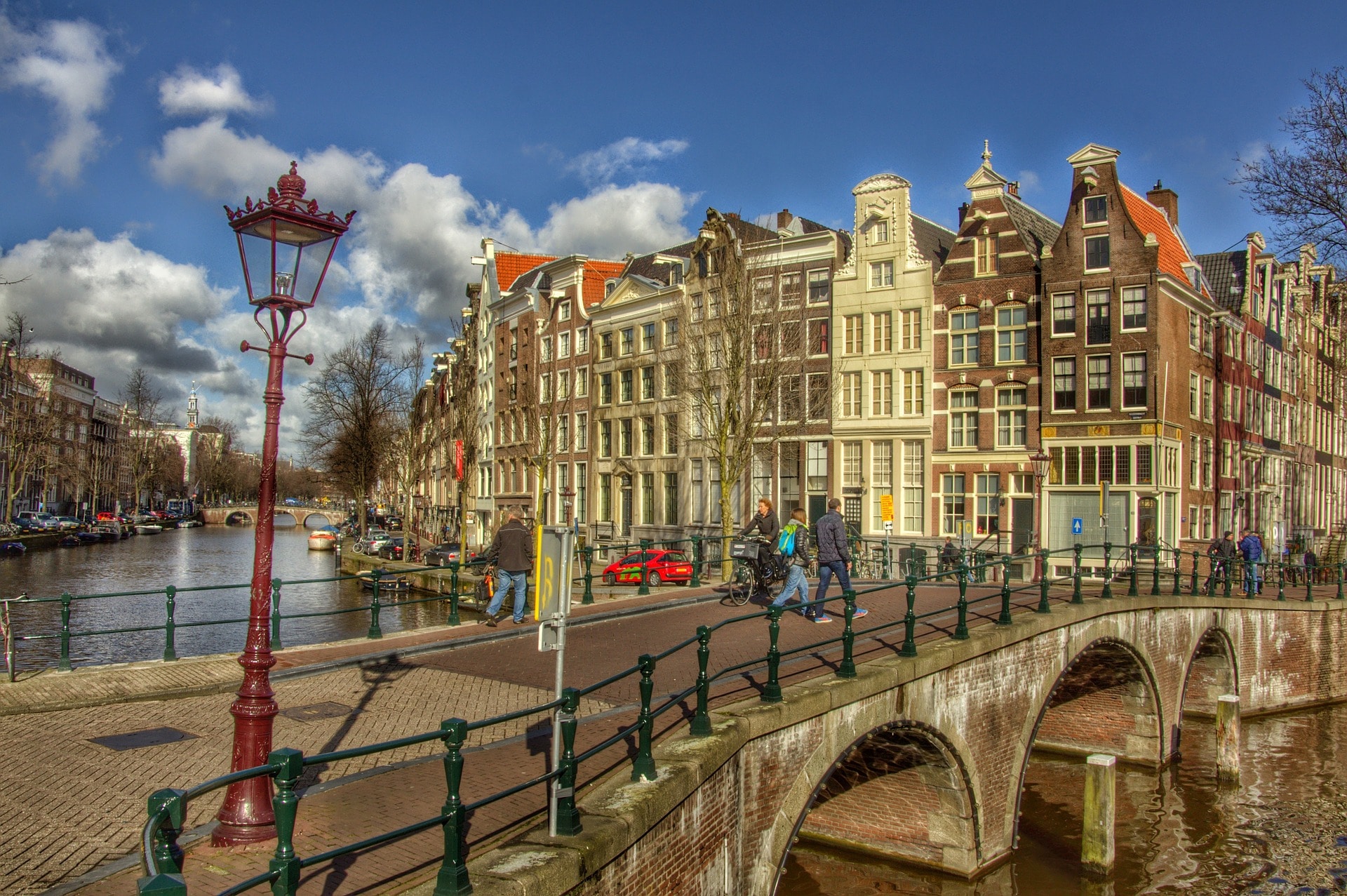 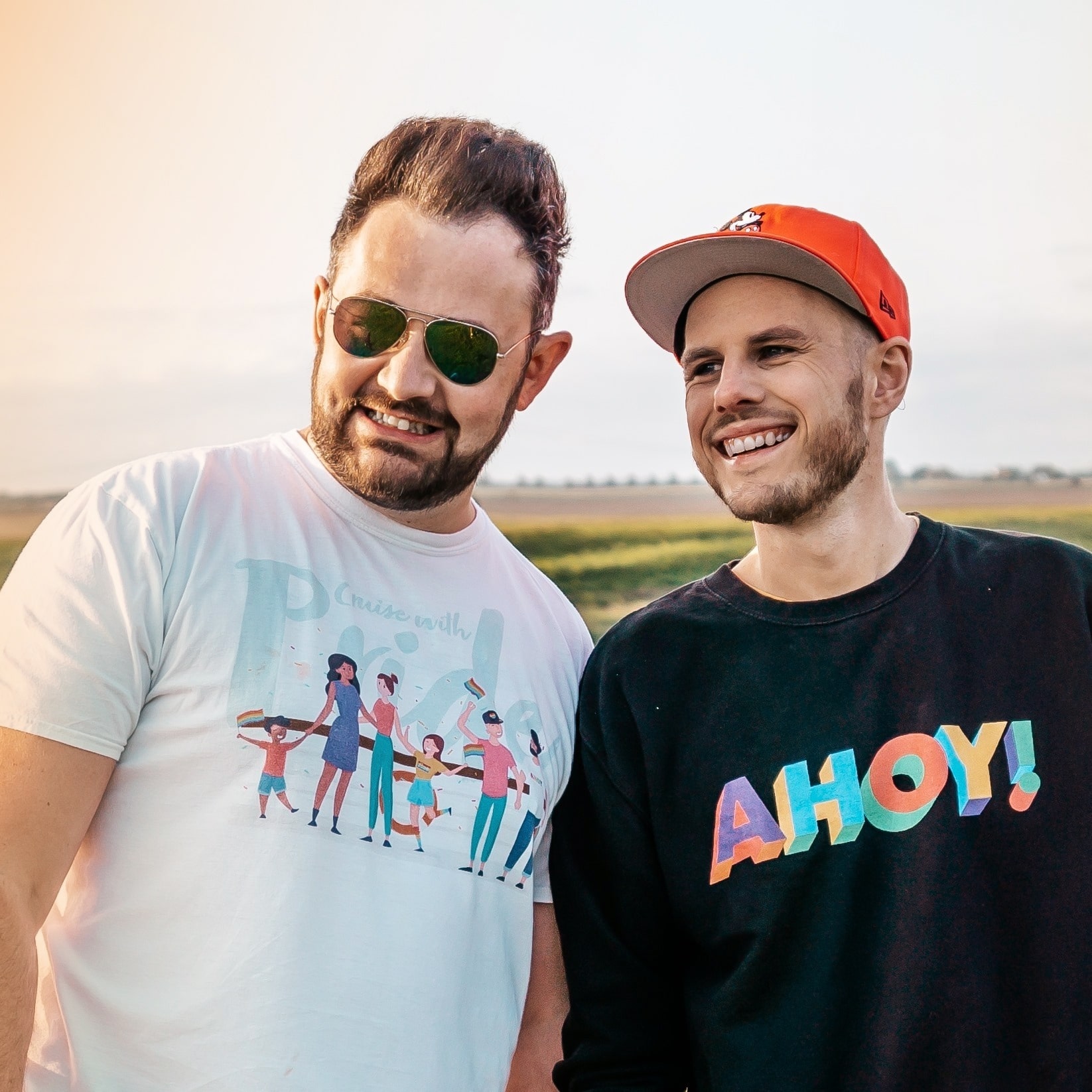 We have visited Amsterdam many times on both Ocean and River Cruises but it’s a great option for a short break as it’s so close to the UK via Eurostar, a quick flight or ferry ride!

Amsterdam is a vibrant bustling city full of history, culture, food and entertainment. The city hosts festivals throughout the year and is a popular spot for short breaks so it can get very busy, especially on weekends as it’s a very popular destination for stag and hen parties.

One thing we love about Amsterdam is that it’s so compact and easy to walk around. Venturing further out is easy too as it has a great network of public transportation including busses, trams and canal boats.

When arriving on a river cruise you usually dock just a few meters from the centre making it the perfect floating hotel with a desirable location! When it comes to ocean cruising there are two different ports, one in the centre of the city, just minutes from all the attractions, as well as the port of Ijmuiden which is located around 20 miles to the North West of Amsterdam. It costs around 6 euros to take a bus to the centre of Amsterdam.

You can spend hours walking around enjoying the canals, the city’s architecture or seeing some of the more colourful parts of Amsterdam, such as the famous red light district. It’s easy to get lost among the vast network of streets and alleys. Just watch out for the many bikes!

There are walking tours available that will give you a great overview of the city. But if you are missing the water you can hop onto one of the many canal boat tours. There are loads to choose from including short tours, hop-on-hop-off tours and even full three-course dinner boat tours. These are a great way to see the city and find out about Amsterdam’s maritime and trading history.

We recommend combining your tour with a few attractions such as the Rock the City tour which includes a visit to the A’DAM Lookout for an amazing view of the city, the Heineken Experience as well as a guided canal cruise through the city.

You can also purchase the I Amsterdam City Card which combines all the city’s major attractions, a canal cruise and public transport. The card costs 65 euros for 24 hours so make sure you are getting the best value from the card, especially if your visit to the city is short.

The most popular attractions include Anne Frank’s House, the Van Gogh Museum and the Rijksmuseum. These attractions are hugely popular and you must book your ticket online with a time slot before visiting.

For something a little bit different why not enjoy a Van Gogh inspired painting class? We really enjoyed the class, not only did we learn more about the history of Van Gogh but we also had a quick masterclass in oil painting from real artists. The class provided everything we needed to paint as well as coffee and delicious homemade cakes. It was a unique experience and at the end our paintings were wrapped to take home with us as souvenirs. If we say so ourselves, we did a pretty good job replicating Van Gogh’s Sunflower paintings.

If you want to escape the hustle of the city,  a great alternative is the ARTIS Amsterdam Royal Zoo. The vast zoo is located just a short tram ride from the centre and features many animals, an aquarium and exhibits set amongst beautiful gardens. Throughout the day the zoo offers walking tours, zookeeper talks and animal feedings. It’s a great choice for those with kids.

If you are lucky enough to spend an evening in the city with an overnight stay, Amsterdam’s nightlife is some of the best in Europe. The city has everything from small cafes and bars to full-blown nightclubs and world class classical orchestra performances. There’s something for everyone!