Not far from the large city of Bergen, Eidfjord is a charming little village at the end of the Hardangerfjord. Despite its small size, it is a major port of call for cruise ships, owing the wealth of tourist sites it has within its vicinity. Our Eidfjord cruise port guide is filled with everything you need to know about this charming destination.

These vary from the natural Måbødalen Valley within which lies the Vøringsfossen waterfall, one of Norway’s most popular, which has a free fall of 182 metres (597 ft), to the man-made Sima Power Plant built into the side of the mountains. The Hardangervidda Natursenter, a visitor centre and museum for Hardangervidda National Park, Europe’s largest mountain plateau and Norway’s largest national park, is located in Øvre Eidfjord. The national park itself is a popular tourist destination for activities such as hiking, climbing, fishing and cross-country skiing and also for nature spotting. It is said to have one of the largest reindeer herds in the world. It is also a beautifully wild and barren landscape, dominated by mountain lakes and rivers that flow down to form many waterfalls, including

Being another fjord port of call, there are plenty of activities you can engage in here to make the most of your time ashore. You can rent bikes or electric cars from the tourist information centre or engage in kayaking or RIB rides on the fjord with local guides. There are plenty of well-organized hiking trails, ranging from short wheelchair accessible routes along the banks of the river, to more challenging hikes such as the one to the Kjeåsen mountain farm 530 m above sea level, a 3-4 hour round trip up a steep path. If they are too much of an exertion, then there is even a popular trolley train called the Troll Train which does a loop of the town and stops at a vantage point providing stunning views of the fjord and your ship in port.

Eidfjord is a small town with few amenities. There is a tourist information centre at the port which has plenty of handy advice on how to make the most of your time in the area. To fully appreciate what Eidfjord has to offer it is recommended to head out further than the town itself.

Did you know that the fertile farmland around the Hardangerfjord is perfect for growing apples for producing Norwegian cider. On his farm just outside Ulvik, Nils Levke makes apple juice, cider and brandy. You can visit and tour the farm and facilities, including of course a taste sampling of the products. It forms part of the Fruit and Cider Route in Ulvik. 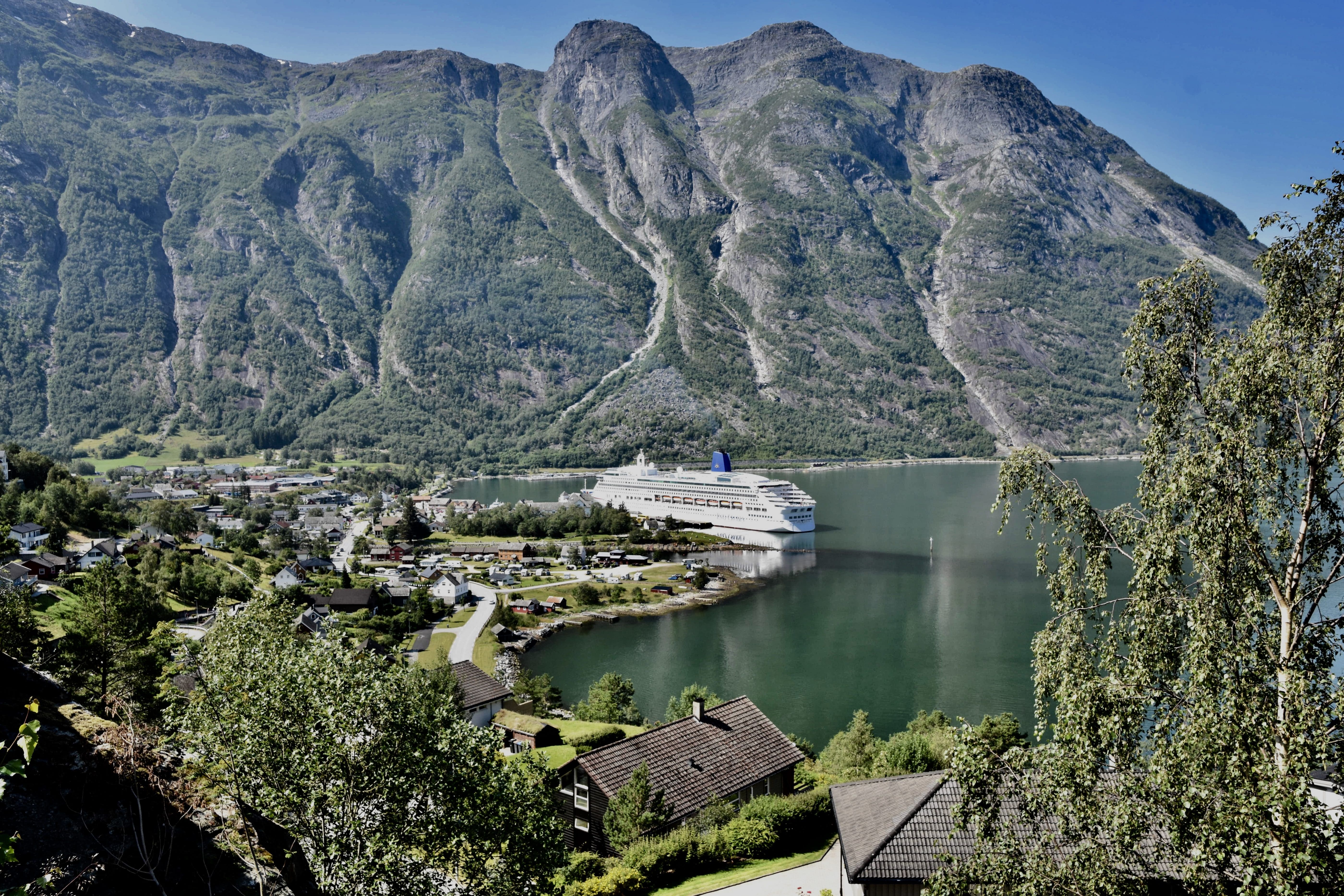 Fred. Olsen Cruise Lines has launched a series of brand new no-fly cruises for 2022, available to book from Friday, 29th January 2021. The seven sailings will feature the entire Fred. Olsen fleet – Bolette, Borealis, Balmoral and Braemar – with options to join...

We're quite excited about this at No Fly Cruises because it's a chance to really show just how far and wide you can travel on a no fly cruise holiday. Fred. Olsen Cruises Lines has announced a brand-new world cruise in 2022 aboard one of it's newest ships, Borealis,...

Brand-new itineraries in 2021 for Fred. Olsen Cruise Lines’ Balmoral, including departures from Portsmouth

Fred. Olsen Cruise Lines has launched eight new itineraries for Balmoral, including a number of regional departures from Portsmouth. For selected Balmoral sailings of five-nights or more, guests will also enjoy a FREE drinks package, plus the cost of their tips...

Fred. Olsen Cruise Lines’ sailings for new ship Borealis are on sale from TODAY! Her inaugural season features many brand-new itineraries that will depart from the port of Liverpool in 2021. Borealis’ first cruise will be a six-night ‘Scottish Lochs & Isles’...