Gdańsk, is one of the most vibrant cities on the Baltic coast, and forms what is known as the Tri-City region with the famous seaside resort of Sopot and the nearby port of Gdynia where cruise ships dock to explore this beautiful stretch of coastline and the Pomeranian countryside. Welcome to our Gdansk cruise port guide.

Gdańsk has had a very interesting history since its founding in the 10th Century by the Polish ruler Mieszko I. It was at one time ruled by the Teutonic Knights until the 15th Century when it was annexed by the crown of Poland and became an important Hanseatic trading post. At the end of the 19th Century the city became part of Imperial Germany until 1919 after the First World War, when it became The Free City of Danzig, which led to tensions between the German majority in the city and the Republic of Poland. Under this pretext Hitler invaded Poland in 1939. Gdańsk suffered severe devastation during the Second World War and was largely rebuilt in the 1950s and 1960s with a move towards Flemish/Dutch, Italian and French architecture over the original Germanic buildings. The city was also the birthplace of the solidarity movement in 1980, which played a major role in ending communist rule in Poland, helping precipitate the collapse of the Eastern Bloc, the fall of the Berlin Wall and the dissolution of the Soviet Union.

Cruise ships have to dock in the industrial port town of Gdynia, located 22km to the north of Gdańsk. There are currently no terminal facilities in Gdynia and the cruise dock is shared with other commercial dock operations, so most cruise lines offer a shuttle bus to Gdynia centre. Taxis are usually available to take people further afield.

On arrival in Gdańsk you will be mesmerized by the wonderfully restored city, as if you were transported back to the era of the Hanseatic league.

The main street of the city of Gdańsk since the Middle Ages, it bisects the old part of the city and links the Golden Gate at one end with the Green Gate at the other. Along the entire length of the Long Lane you can find souvenir shops, art galleries, restaurants, cafes and bars, along with beautiful buildings and open squares with fountains and statues. The Long Market, the former royal route into the city, is located at the Green Gate.

One of the most impressive buildings on the Long Market, flanked by multi-coloured Dutch style merchants houses. In front of the Town Hall, you can admire the Neptune Statue dating to 1549 and its fountain built in 1633.

Once a meeting place of knights and merchants and now home to a branch of the Historical Museum of the City of Gdańsk.

The largest of any brick-built churches in the world, capable of accommodating 20,000 people and prominent on the skyline of Gdańsk. Built in 1502, it is a city icon and was lovingly restored after being partially damaged during the Second World War. The medieval church took 159 years to build and its deceivingly plain exterior belies a bright, spacious interior with large windows and more than 30 beautifully decorated chapels. The floor is covered with ancient tombstones and the northern transept holds an amazing 15th century astronomical clock, complete with the zodiac cycle and a calendar of the saints.

Long Embankment along the Motława River

Lined with lovely brick buildings, apartments and moored vessels. You can find many little shops and restaurants here.

One of the most famous symbols of Gdańsk. It now houses an exhibition space dedicated to the maritime trade of the city.

On the opposite bank of the river one can admire the former granaries of the city from the 17th and 18th Centuries, destroyed largely in the Second World War, but restored to their former glory and now home to the National Maritime Museum. As part of the exhibitions, you can visit Soldek, the first ocean going vessel put into operation in the history of the Polish shipyard industry, built in Gdańsk by Polish engineers.

The other hotspot of the Tri City area is Sopot, the famous beach resort established back in 1824. In the beginning of the 19th century, Sopot was a Spa town for the rich people of Gdańsk. Nowadays it’s a popular weekend retreat for city folk looking to relax on the sand.

It houses the longest pier in Northern Europe, and an international song festival is held here each August. On a nice summer day, you wouldn’t believe you were in Poland whilst relaxing on the promenade in a deck chair.

NoFlyCruises recommends https://visitgdansk.com/en/ the official website of the Gdańsk Tourism Organisation Board.

The currency in Poland is the Polish Zloty.

Cruise ships tend to visit Gdańsk in the summer months (May-September) when the weather is mild and temperate, although the city can experience heat waves which bring warm weather and thunderstorms. July’s average temperature is 18 degrees Celsius, with recent years seeing a peak temperature in June of 34 degrees Celsius.

If you wanted to travel to Gdańsk independently from Gdynia, trains run between Gdynia and Gdańsk approximately every 15 minutes taking approximately 35 minutes, then a 15 minute walk to the main centre of Gdańsk from the Glowny train station. For more information check out https://www.skm.pkp.pl (In Polish).

For Hop On Hop Off services, including information on the routes and prices, check out https://city-sightseeing.com/en/141/gdansk

Gdańsk is relatively safe to visit, although with the increase in tourism numbers there have been increases in petty crime and notably pick pockets, so pay extra care and attention in crowded areas.

Located on Piwna street in the heart of the old town, surrounded by beautiful Flemish style merchants’ buildings and with outside seating to enjoy your traditional Polish beer, this is a very popular restaurant for relaxing and enjoying simple pleasures as well as being family friendly. 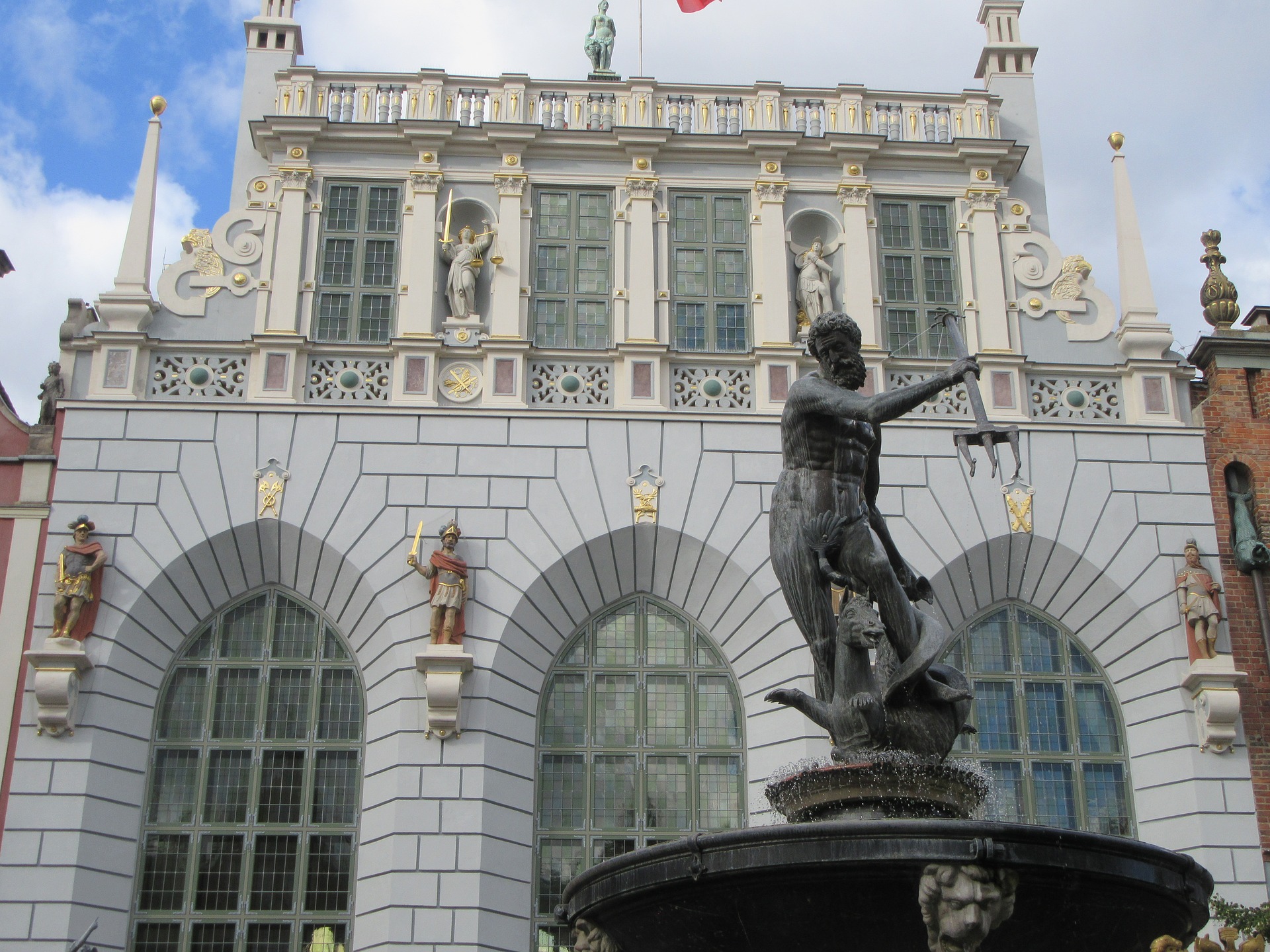 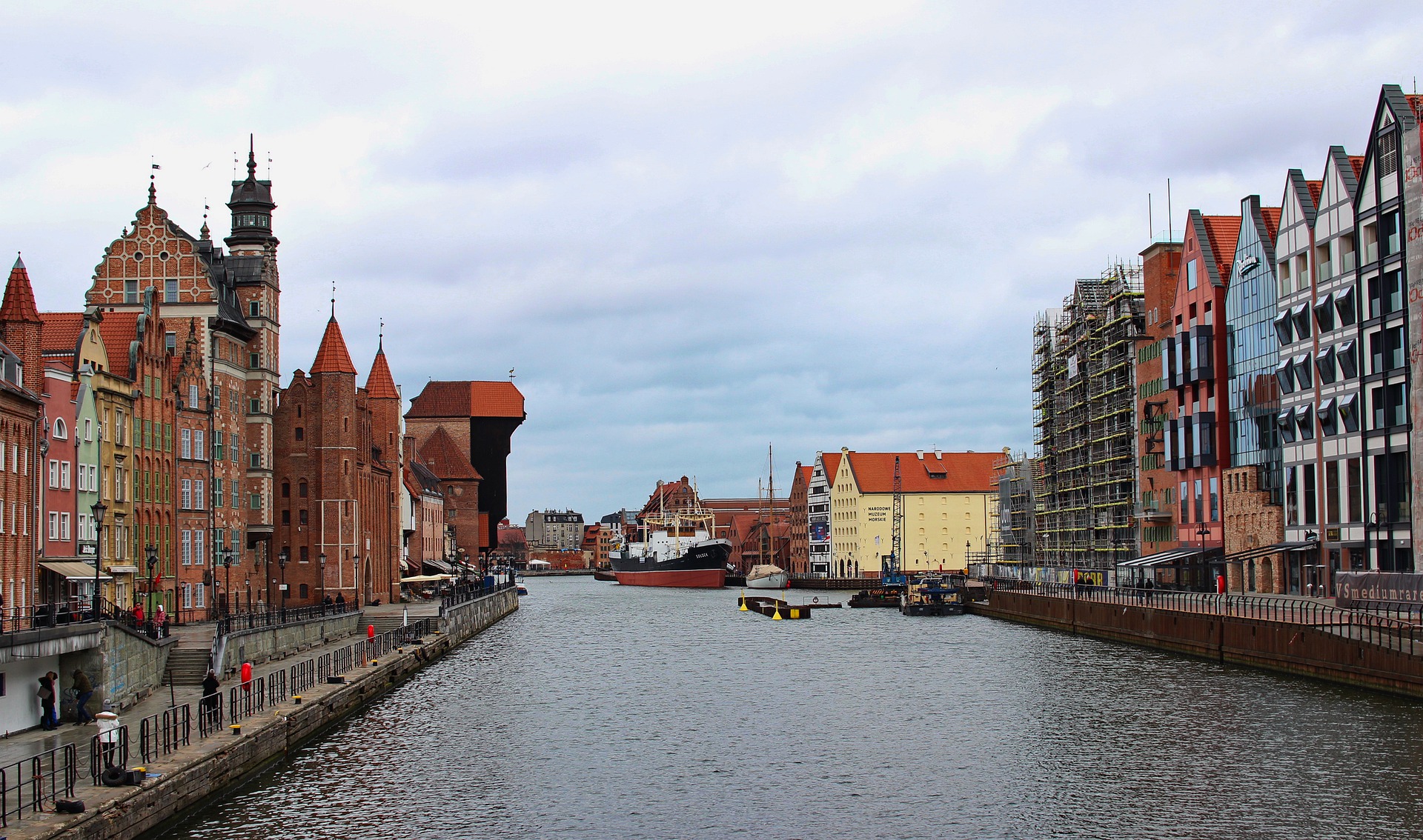 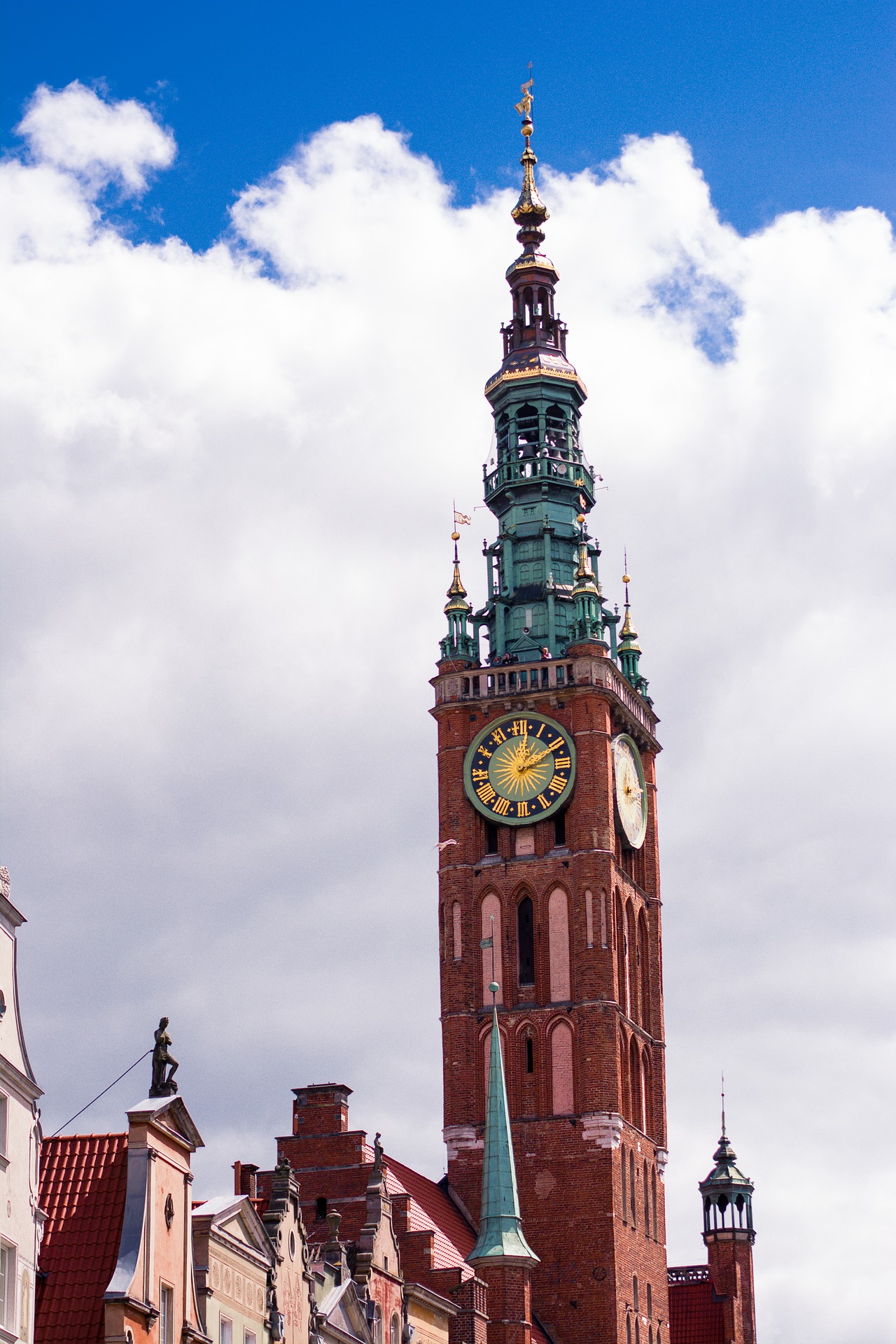 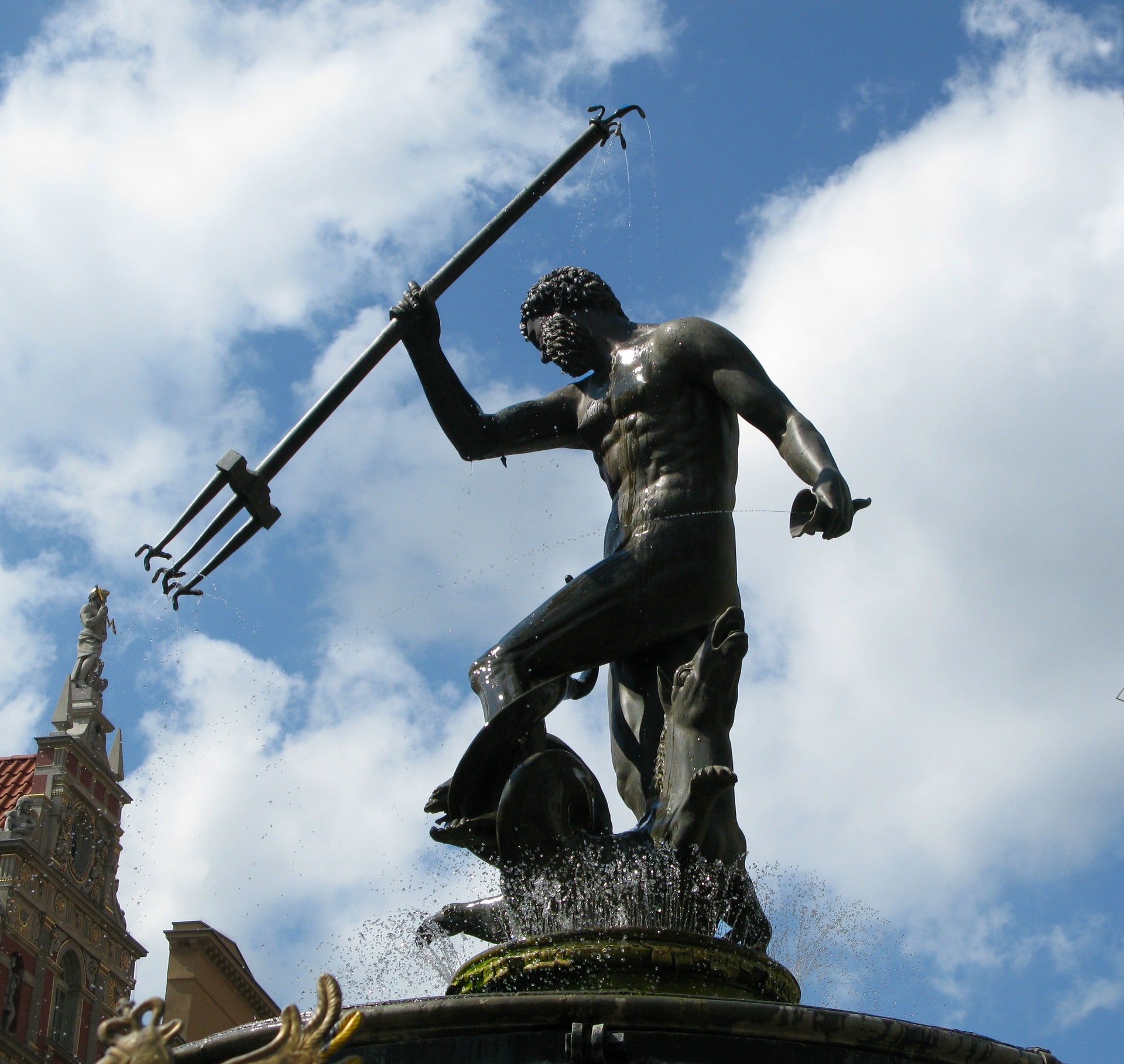 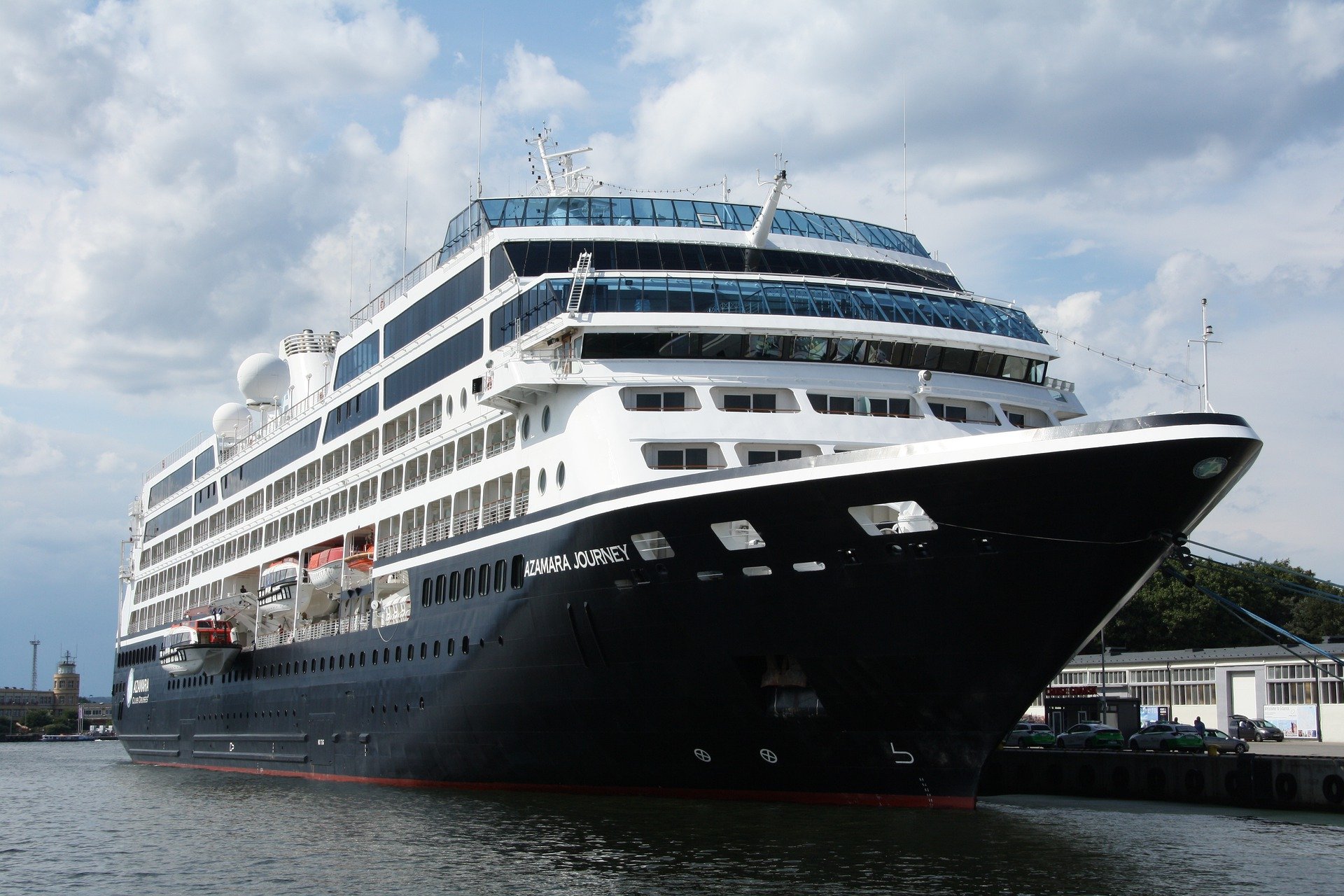