Gothenburg is a city that provides its visitors with a mixture of old and new and is perhaps most famously known for being the home of Volvo the car manufacturer. Cars aside though, Gothenburg is the second largest city in Sweden after the capital Stockholm and is the largest seaport of the Nordic nations. It is also home to the largest university in Scandinavia providing the city with a thriving student population. It also has a reputation for being one of the friendliest places in Sweden, and pretty much everything you could want is easily explorable in a day. Welcome to our Gothenburg cruise port guide.

The city was founded as a Dutch trading post in 1621 by King Gustav Aldolphus, to act as his gateway to the North Sea, with Stockholm of course on the eastern side of the country in the Baltic. With Dutch, German and Scottish traders making it a base of operations, the city was inspired by their architecture and city planning, taking on a primarily Dutch feel and it resembles closely Jakarta the capital of Indonesia, which was also being built by the Dutch at the time and then known as Batavia.

The city relied heavily on fishing industries and trade in its early years, but eventually became Sweden’s main port for trade with the west and also, through the Swedish East India Company, trade with China, bringing in vast amounts of wealth to the city. Gothenburg also acted as the embarkation point for Swedish emigration to the United States.

There are two main locations for cruise ships to dock in Gothenburg, one which is close to the city centre and one which is approximately 20-30 minute drive to the centre. The former is the new central terminal at Stigbergskajen in Masthugget, around 2km from the city centre. This is where the Amerikasjulet, or America Cruise Terminal is located. The latter is the cruise berth at Arendal, located next to the Volvo Museum and in an industrial park area. Most cruise lines will operate a shuttle bus service from this port to bring you to the city centre, usually close to Gustav Adolf’s torg. Check with your cruise line where you will be docking prior to arrival to plan your day accordingly.

This square, which was formerly known as Stortorget (the Big Square), is now named after the city’s founder, king Gustavus Adolphus of Sweden. It dates back to 1621 and is still the main town square. A statue of its namesake stands proudly in the centre. In the area around this main square, you’ll find many of Gothenburg’s most prominent landmarks including the Old City Hall (1673), The New City Hall (1937) and The Bourse (1849). It is also the heart of the Gothenburg Old Town and where you can find the start of the canal network.

The headquarters of Skansa Company, this unique building known as ‘The Lipstick’ due to its unusual shape and colour. Despite being an office complex, it does have a viewing platform, the GötheborgsUtkiken (The Gothenburg Lookout), where you can obtain some great views of the city.

Inaugurated in 1994, this modern building is designed to represent lots of maritime influences and is one of the city’s most recognisable landmarks.

Regarded as being the world’s largest museum of floating ships. It displays boats of all sizes, allowing visitors to go aboard 19 vessels from tugs, fireboats, lightships and other vessels. The oldest ship is the HSwMS Sölve, a monitor ship of the Swedish navy dating to 1875.

If you want to feel like you’ve been transported back in time, then this city district is home to quaint 19th Century wooden buildings, winding cobblestone lanes and café culture. It is here you must try the Haga bulle, the famous Gothenburg take on the cinnamon roll, renowned for being larger than normal at 30cm (12 inches) in diameter.

Situated in a dominating position atop a high hill above the Göta alv river, built in National Romantic style, this church is one of the symbols of the city. From its elevated point you have a wonderful panoramic view of Gotheburg and the river.

Meaning ‘fish church’ due to the gothic church shaped building it is located in. To truly immerse yourself in the local life, you should definitely visit this indoor fish market. It is located along the banks of the western canal near to the harbour, a perfect place for a fish market. Its popular with locals and tourists because, as well as selling the catch of the day here, fishmongers and chefs actually cook some of their products on site and sell them to taste and take away.

Another indoor food market which is a gourmet experience that offers more variety. It dates back to 1889, and it has over 40 stores and privately owned food outlets. So it provides a feast for the eyes and other senses, with displays of produce such as fresh olives and breads, biscuits, spices, cheeses and much more besides.

Known just simply the Avenyn or the Avenue, this is the main street of the city. This Avenue stretches for about 1 km (0.6 miles) and provides visitors with plenty of restaurants and bars as well as a good variety of shops. It was created in the 1860s and 1870s (as a result of an international architecture contest) and it shows off of a period of extensive town planning and re-modelling.

The southern terminus of the Avenyn you will find a statue of Poseidon, where the ‘God of the Sea’ stands naked, with a shy glance downwards. Surrounding the statue and square, you will find some impressive buildings, including the Gothenburg Museum of Art, the city theatre and the city library.

For those who maybe are looking for some fun whilst in Gothenburg, then just to the south east of the Avenue you will find Scandinavia’s largest amusement park, which welcomes over 3 million visitors a year, making it the most popular attraction in Sweden (in terms of visitor numbers). If you are visiting during the winter months, it is completely transformed into a winter wonderland with Christmas market stalls and a Santas workshop, with plenty of Christmas themed attractions and plenty of food and drink stalls.

NoFlyCruises recommends https://www.goteborg.com/en/ the official visitors guide operated by the City of Gothenburg.

The currency in Sweden is the Swedish Krona.

Gothenburg experiences a warm and temperate climate, but its proximity surrounded by water means that it does experience quite a bit of rain. July is the warmest month, with average temperatures above 17 degrees Celsius, but the summer is also the wettest time of year. If you visit in winter for the Christmas markets, November and December temperatures are just above freezing in the daytime, so make sure you wrap up warm.

Gothenburg is fairly easy to navigate on foot, however there is an extensive transport network that includes the largest tram/light rail network in Scandinavia. A day ticket for the entire network is 330kr per person. For more information including ticket information, prices and route maps check out https://www.vasttrafik.se/en/

Aside from the inner harbour, an important feature that comprises water in the city are its numerous canals which were influenced by the Dutch who helped with construction and laying out of the city in the 17th Century. They are a major tourist attraction, as there are boat tours and cruises, using a traditional boat called a Paddan, that run along the canals and the harbour area to maximise sightseeing opportunities. There is even a Hop On Hop Off canal boat service that combines with a Hop On Hop Off bus in the summer months to really give you the full picture of the city in one day.

For Hop On Hop Off services, including information on the routes and prices, check out https://city-sightseeing.com/en/110/gothenburg

Gothenburg is generally a safe city to visit, but as the second largest city in Sweden with a large student population, petty crime especially on tourists can occur. There are quite a few incidences of pickpockets in high traffic areas of the city so do not carry too many valuables out with you.

Serving classic seafood with a modern twist for nearly 50 years, you have a smorgasbord of shellfish menus to choose from. You can go classic with the tasting menu taking you on a taste journey from start to dessert with accompanying wine pairings, or you may want to go all out if visiting on the weekend when the shellfish buffet is available. All you can east fresh fish served alongside shrimps, langoustines, mussels, oysters and more. It is on the pricey side, but it is a Gothenburg institution and one to be enjoyed if you love seafood. 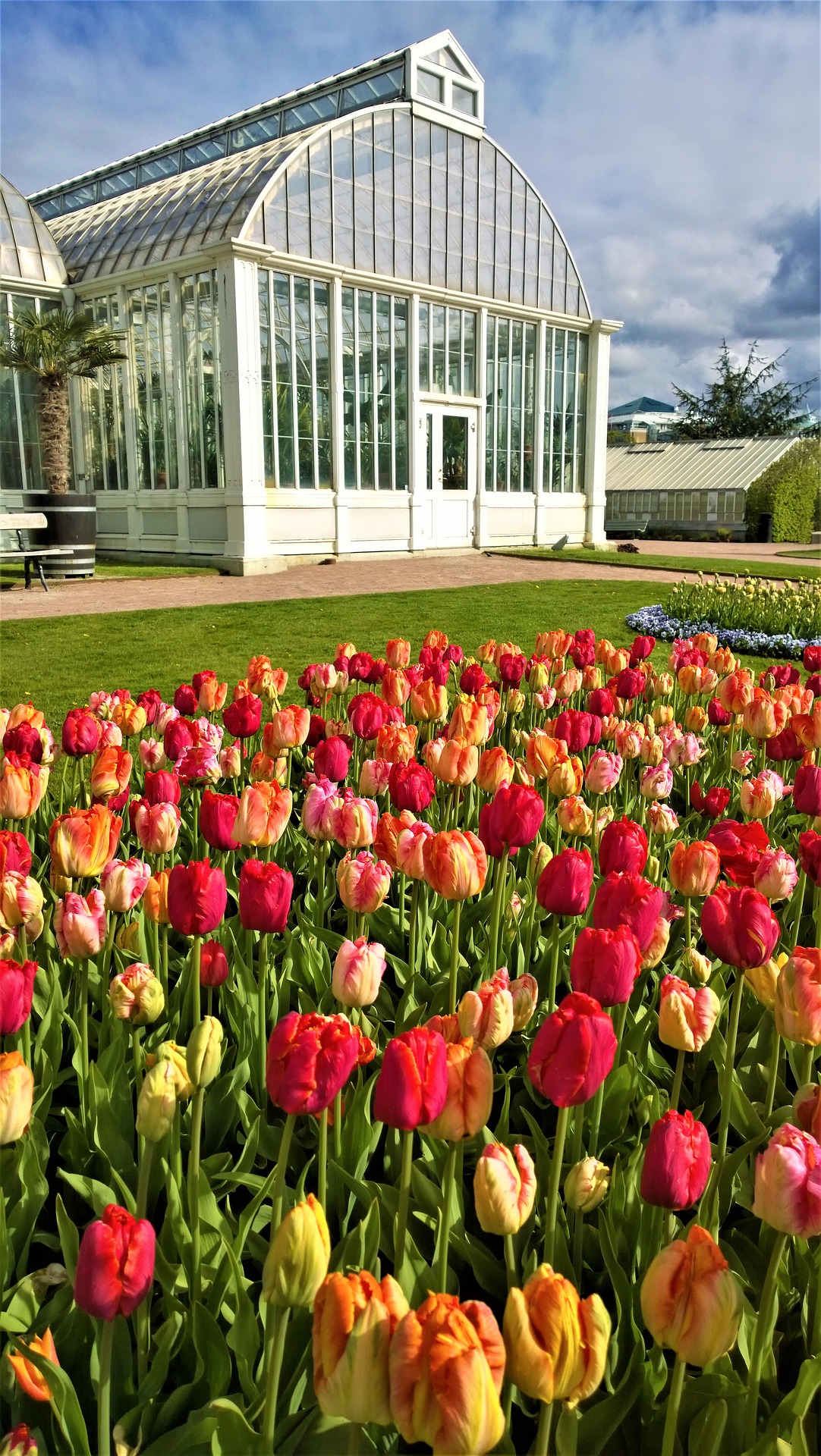