Haugesund is a real cultural gem and an up-and-coming cruise port for many cruise lines and our Haugesund cruise port guide will steer you on the right course to making the most of your time ashore. Despite the town being relatively young, the area of Avaldsnes on the outskirts is known as the Homeland of the Viking Kings, where the first king of Norway Harald Fairhair had his home. He is also buried in Haugesund, in a burial mound next to the Karmsundet strait on which modern Haugesund sits today. This strait has been the lifeblood of the region, providing a safe passage for fisherman for centuries and allowed the herring industry to boom.

In modern times the city is home to the Norwegian International Film Festival, and runs alongside the Amanda Awards, Norway’s equivalent to The Oscars. It has even been rumoured that the father of Marilyn Monroe hailed from Haugesund; so much was the prestige of this rumour that a statue of Marilyn even sits alongside the waterfront, even though it has since been proven her father did not in fact come from the area.

Haugesund represents the traditions of Norway with its Viking heritage and its links to the sea and herring industry throughout the region. Through these traditions it offers visitors the chance to delve deeper into its history, connect with its people, and explore its highlights.

The cruise port in Haugesund is located on the small island of Risøy that is attached to the mainland and downtown Haugesund by the Risøy Bridge. It is easily walkable, and sign posted from the port; it is 1.3km from the central tourist information centre and would take approximately 15 minutes to walk. Most cruise lines operate a shuttle service that drops off near to the centre of town, usually at the Vår Frelsers Church. The pedestrianized street Haraldsgata is the go-to for shopping and dining and at over 1km in length, is one of the longest shopping precincts in Norway.

The cruise port has a small terminal area with tourist information and opportunities for independent sightseeing to nearby Avaldsnes and the Viking Village.

Did you know that the Statue of Liberty in New York City is clad in copper from the mines of Visnes on Karmoy Island. The mines were in operation from 1865-1972 and generated 70% of Norway’s copper export, becoming one of Europe’s greatest copper mining areas. 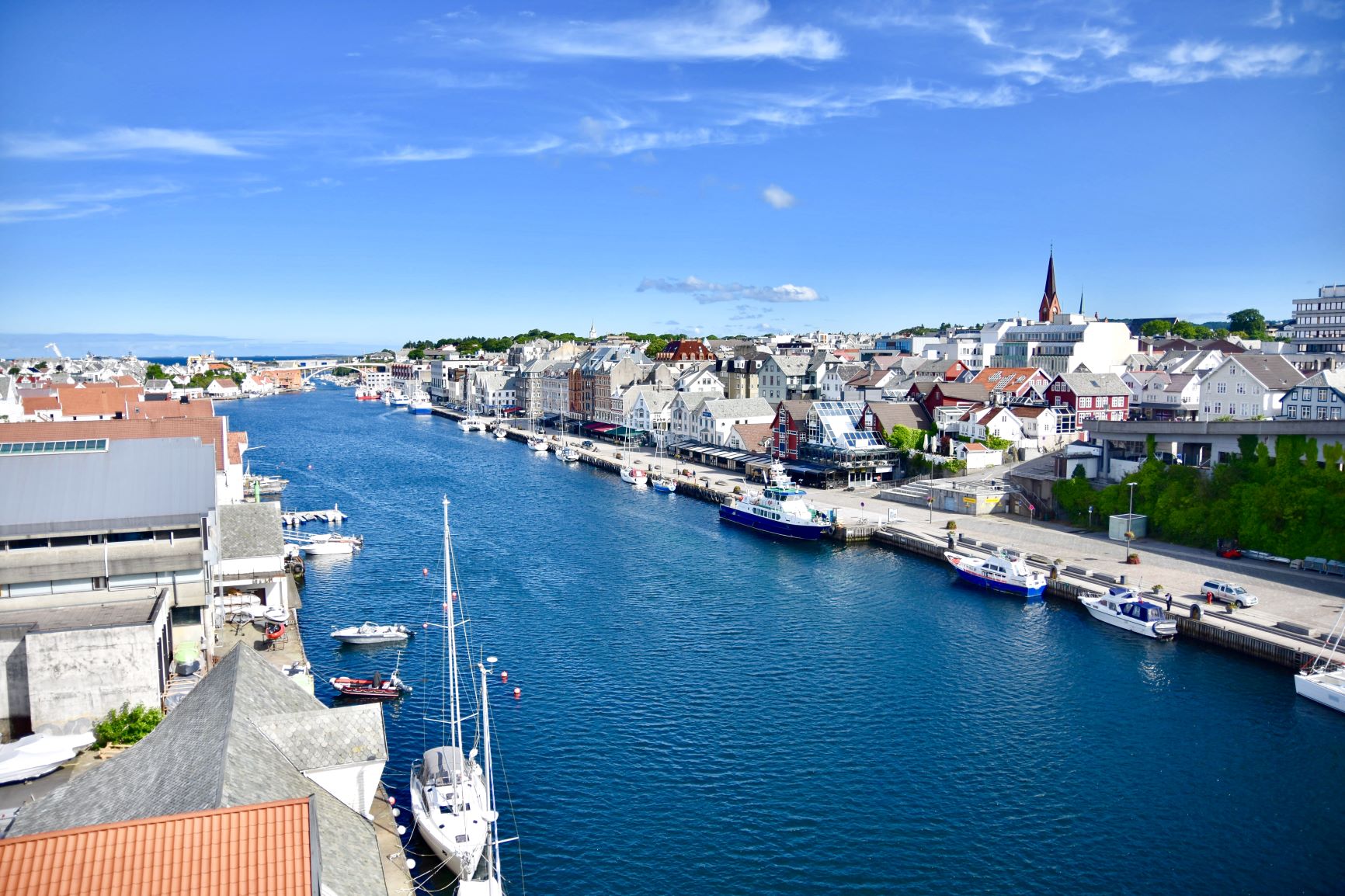