Hellesylt is often overshadowed by its popular neighbour Geiranger with both located in the Geirangerfjord, albeit at the end of different branches of the fjord. It is though becoming increasingly popular with cruise ships to allow guests to explore the dramatic scenery that surrounds this small village and to overnight before reaching Geiranger the following day. Hellesylt may be small in size, but it has huge touristic appeal, so if the opportunity is afforded to you though, take some time to venture out of Hellesylt to experience the jaw dropping landscape. Welcome to our Hellesylt cruise port guide.

The cruise pier of Hellesylt is at the heart of the village, only 200m from the centre, providing immediate access for tourists from cruise ships. Whilst there are no facilities at the pier itself, Hellesylt has a few conveniences such as two supermarkets, a large souvenir shop, a takeaway restaurant, a café and bar and a petrol station.

This roaring cascade is formed by the River Dalaelva which cuts the village in two. It drops over 20 metres down a rocky escarpment and has two bridges that cross it allowing different vantage points for stunning photographs of the waterfall, and from the High Bridge a great view of the village and the port.

This exhibition space displays 11 wooden reliefs depicting the drama Peer Gynt by Norway’s most famous play write, Henrik Ibsen. Recent years have seen exhibitions focusing on World Heritage and how the UNESCO status afforded to the Geirangerfjord has influenced the development of tourism in the region, showcasing its natural wonder.

The current church is from 1859 but it is located where a church has stood dating back to the 12th Century.

This valley is one of the narrowest in Norway and the mountains either side of you tower up so high it’s as if they envelope you and block out the sky. Within the valley are the lakes Jelskred and Lygnstøylvatnet, the latter which was formed by a rockslide in 1908 and below the surface you can still see the remains of farmhouses and the old road through the valley that were destroyed. The Norang Valley is also famous for bearing the moniker, The Queen’s Route, after the King and Queen of Norway passed through the area on their Silver Jublie cruise in 1993.

NoFlyCruises recommends https://visitstranda.com/en the tourism website for the Stranda municipality.

Hellesylt has a cold and temperate climate, with the average high in July of only 11 degrees Celsius.

It is easy to navigate your way around the village on foot, just be aware that to reach the High Bridge over the waterfall you will either have to navigate the inclines of the roads and paths, or if you are able to take the steps that lead up alongside the waterfall. Be careful as they can become slippery when wet.

Hellesylt is a very quiet and friendly village with no issues surrounding safety whilst visiting.

Being such a small town, you don’t really have much choice in where to eat, however if you’re after a huge pizza and a view of the stunning waterfall, then this is the place to go. 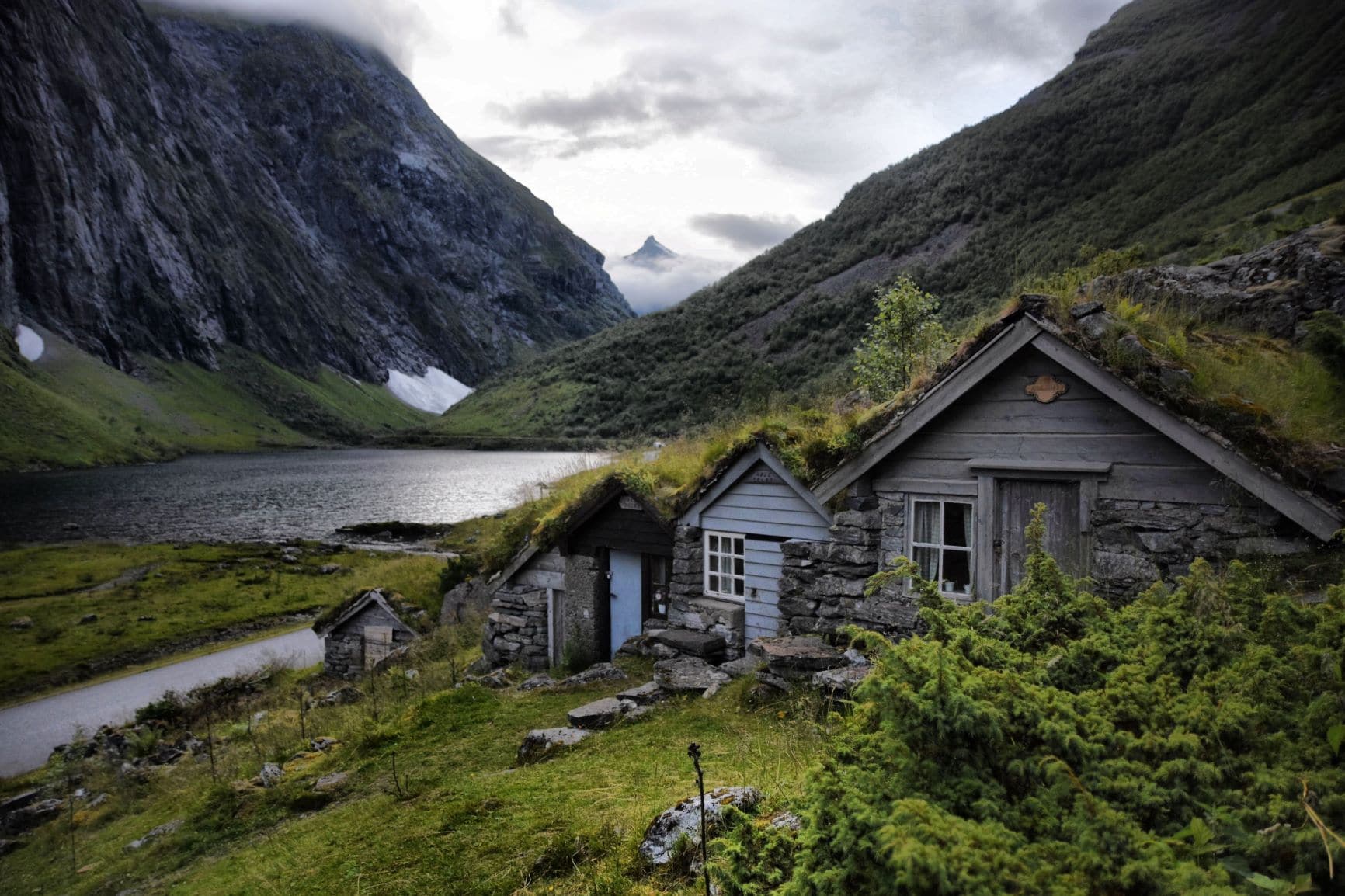 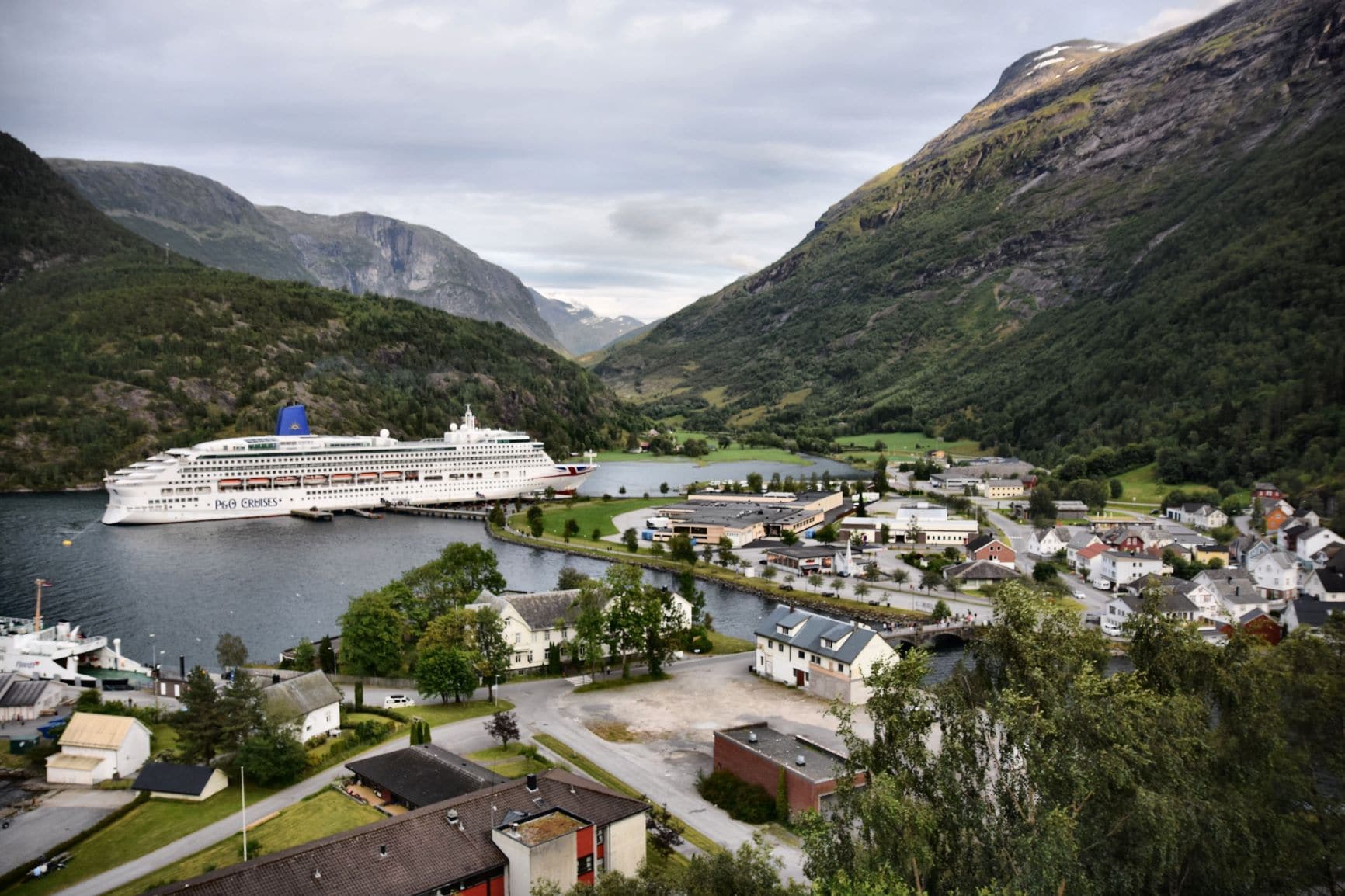