Helsinki, known as ’the daughter of the Baltic’, has been the capital of Finland since 1812, hence its nickname. It is a city of intriguing contrasts from handsome and imposing Neo-Classical buildings, to lively shopping esplanades with elegant old homes and churches. Welcome to our Helsinki cruise port guide.

Helsinki has a very clean and fresh feeling to it and feels very relaxed to other destinations you may visit in the Baltic. It is also a major city of architecture, from the classicism of its 1920s Parliament Building, through the art nouveau masterpiece Central Railway Station, down to the recently renovated functionalism of the Olympic Stadium that hosted the 1952 Summer Olympics.

There are numerous locations that cruise ships can dock in Helsinki depending on their size. Most ships dock in either Hernasaari or West Harbour, both around 3km from the centre of the city. Most cruise lines operate a shuttle bus service that drops off centrally, usually close to Esplanade Park. Both Hernasaari and West Harbour have facilities, predominantly for souvenirs and tourist information.

Check with your cruise line prior to arrival which berth you will dock in to be able to plan your day accordingly.

This is one of the most graceful squares in Europe and the focal point of the city of Helsinki. Most of the buildings in Senate Square are in the neo-classical style and date from the first half of the 19th century. To the east of the square, you will find the Government Building and to the west Helsinki University.

The cathedral sits atop a grand flight of stairs on the north side of Senate Square, creating a dominating presence over the low skyline of the city. It is a striking white neo-classical designed structure, featuring Corinthian columns on each side and green domes decorated with gold, one main central dome flanked by four smaller domes. This is the iconic photo stop on any visit to Helsinki.

A short walk from Senate Square, this is where the hustle and bustle of a relatively sedate city takes place. You can mix it with the locals here and shop for all manner of items; fruits and vegetables, outerwear, books, crafts, postcards, just about any souvenir item to take away from your visit to Finland. It is also the place to try local food from the various food stalls, dominated by seafood; you can’t go wrong asking for a fresh line caught salmon burger. Just watch out for the other local residents, the seagulls, who tend to try and swoop in and catch unsuspecting tourists off guard.

The Market Square is also the take off point for boats and ferries to explore the Finnish archipelago, travel down the coast to beautiful Porvoo, visit Helsinki Zoo and reach nearby Suomenlinna Fortress, a UNESCO World Heritage Site and known as the ‘Gibraltar of the North’ that was built during Swedish rule over Finland in the 18th Century.

If you want to try local food without the threat of swooping seagulls, just next to Market Square is where you will find the first organic market hall in Finland, and plenty of local delights to try and buy. Whilst you’re here, don’t forget to try the coffee. Did you know that the Finnish people drink the highest amount of coffee per person annually in the World? They drink on average 12 kilos of coffee per person every year.

Just over the water on Katajanokka you will find the biggest Russian Orthodox Church in Scandinavia. It is extremely colourful with dark red brick exterior, a green copper roof and onion domes.

Most commonly known as the ‘Rock Church’, this is a truly fabulous piece of modern architecture built into a granite rock face, with only the shallow dome is visible from the outside. Inside it is circular with walls of rugged granite with the bottom of the dome an enormous copper plated roof which a ring of glass around it to let in natural light.

Designed by the Finnish master architect Eliel Saarinen in art nouveau style. Its most striking feature are four stone carved warriors from Finnish mythology. If you’re a movie buff it may interest you to know that these figures inspired set designers for the first Batman movie and the guardians of Gondor in The Lord of the Rings: The Fellowship of the Ring.

NoFlyCruises recommends https://www.myhelsinki.fi/en the home of Helsinki Marketing, formerly Visit Helsinki and owned and operate by the City of Helsinki.

The currency in Finland is the Euro.

When the cruise ships visit (May-September) the area is stretching into Spring which begins in April and the days start to get longer and warmer. July is the warmest month with average temperatures just under 18 degrees Celsius. The longest days are at the end of June with up to 19 hours of daylight. Being close to the water it can sometimes bring cool winds through the many avenues of the city, so it is worth layering up lightly when heading out.

Most of the major areas of interest are easily walkable in this compact city. It does however have a fantastic integrated public transport network comprising buses, trams, metro, trains and ferries. You can purchase day tickets for multiple journeys across all transport options. For more information, including where to purchase tickets and prices, plus updated route maps, check out https://www.hsl.fi/en

For Hop On Hop Off services, including information on the routes and prices, check out https://city-sightseeing.com/en/40/helsinki

Helsinki is ranked as the 2nd safest city in the world according to the Mercer 2019 Quality of Living Rankings and 90% of Finnish people think they live in a safe country. That being said, if you do need assistance whilst ashore, emergency services can be contacted on 112, and there is a Tourist Information Centre located in the Central Railway Station.

Sitting on the edge of Hesperia Park next to the Finnish National Opera House, this stylish restaurant serves up typically Scandinavian fare with European flair. With cosy fireplaces and outside seating to take in the views of Töölönlahti Bay, it is worth the walk out from the city to find this little place of peace. 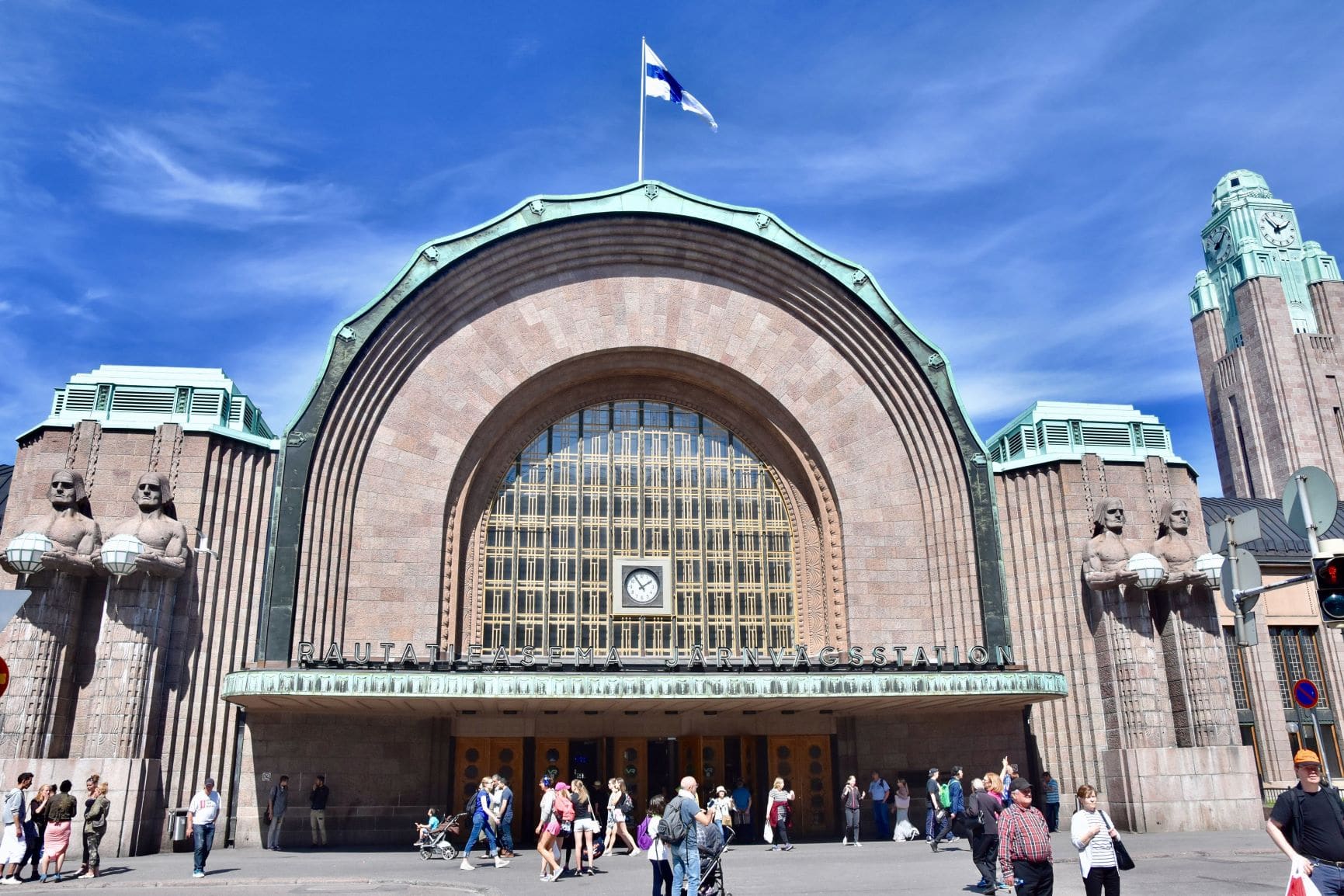 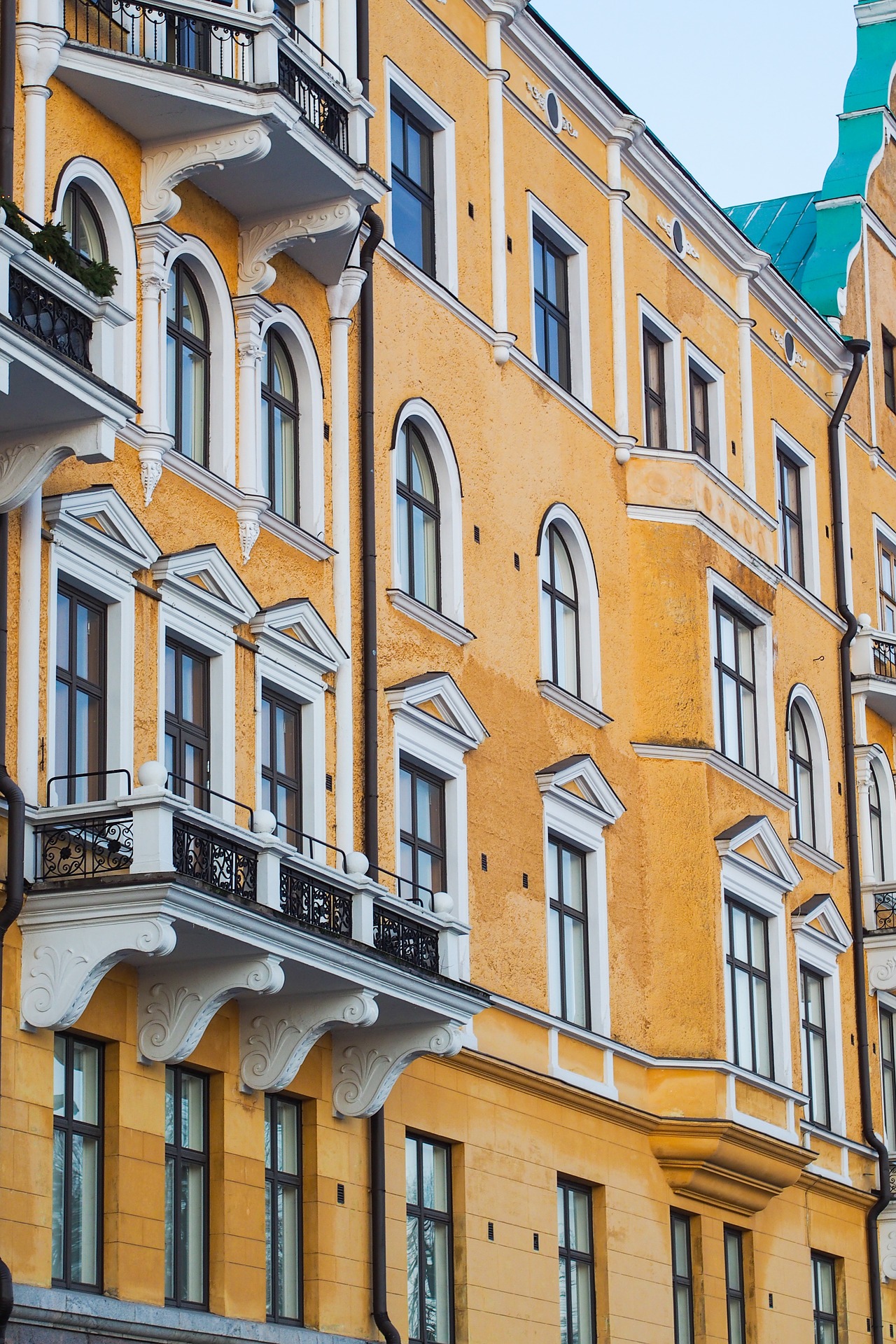 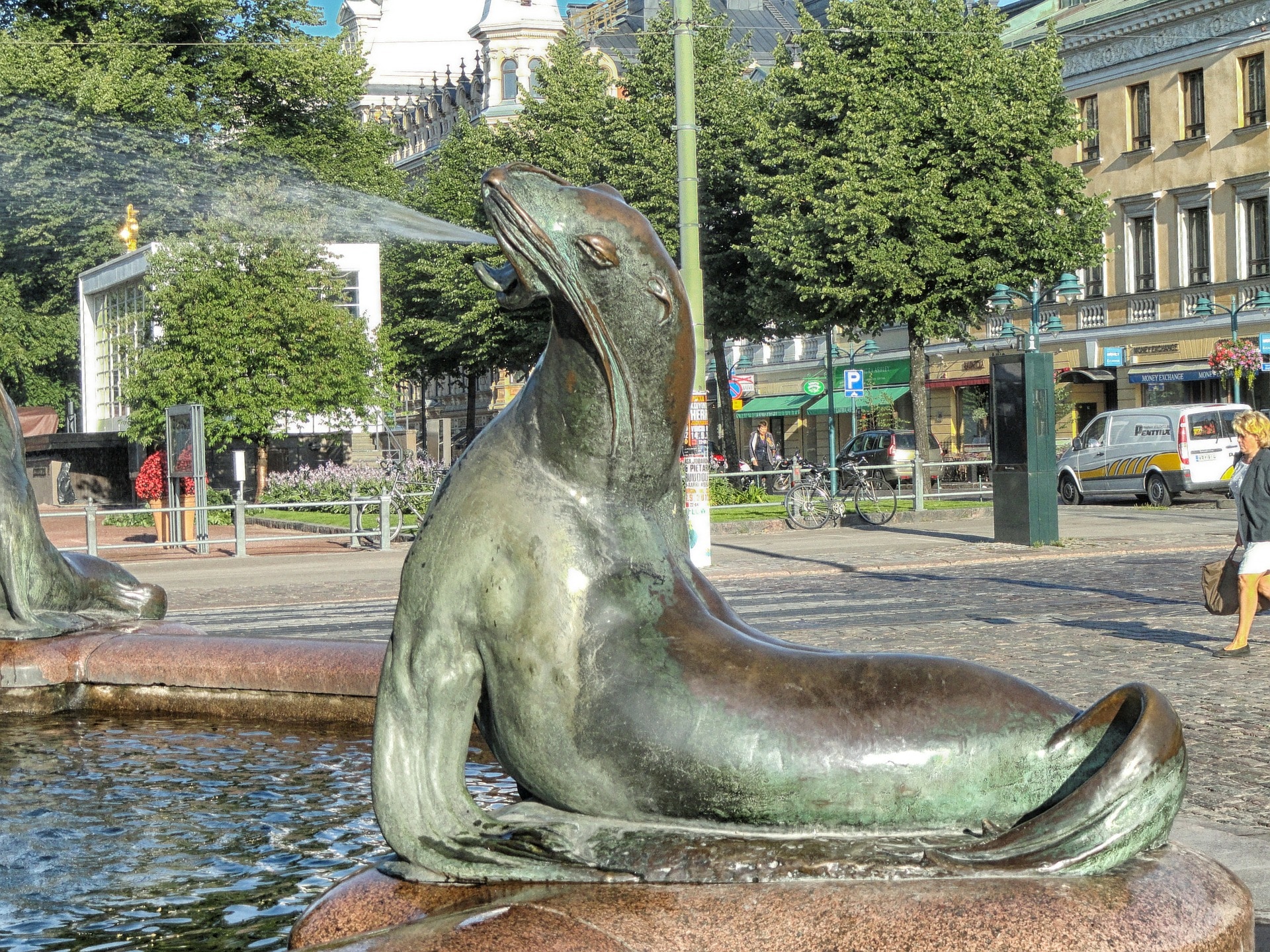 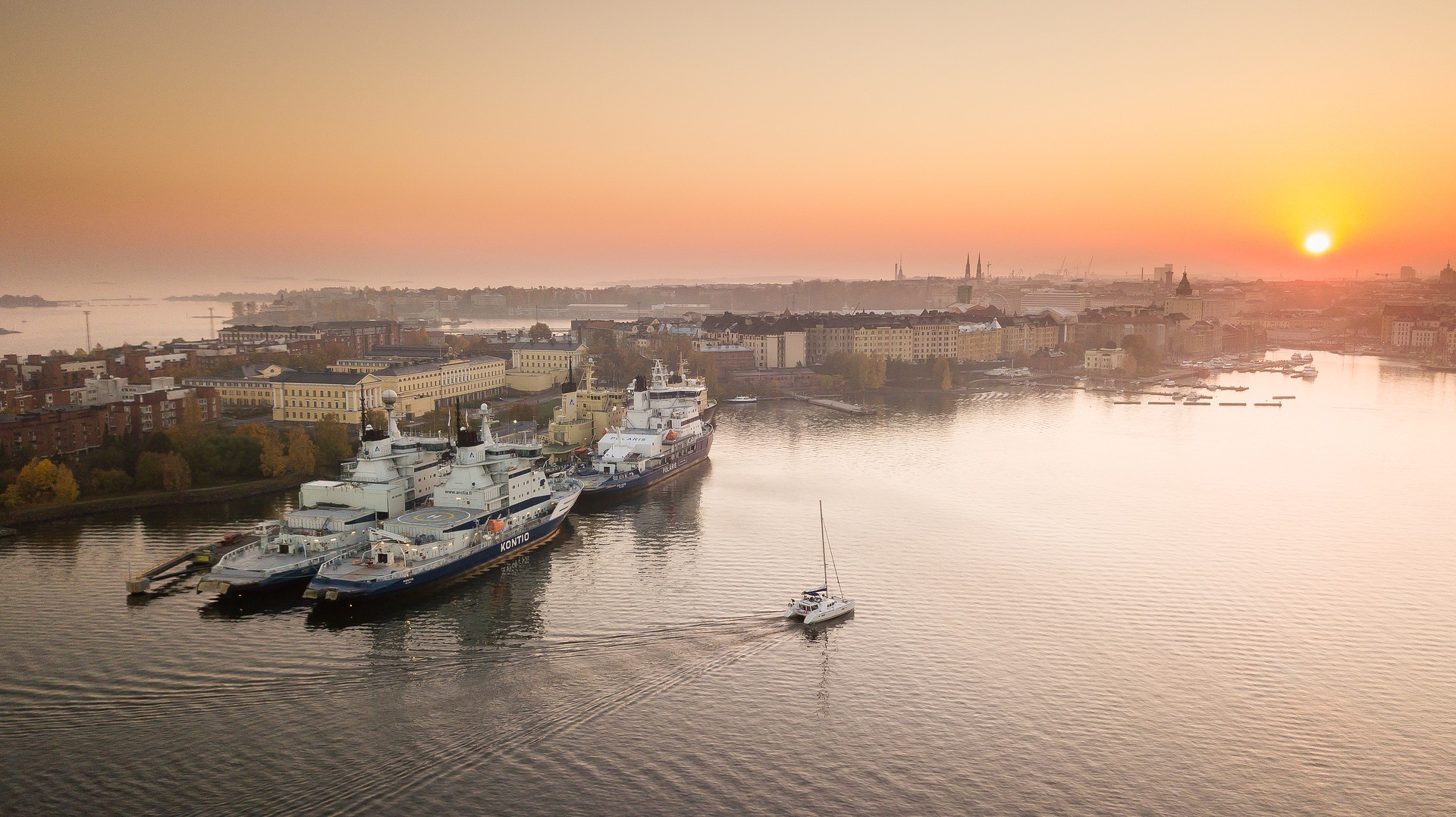