Your ship will dock right in the very heart of this postcard-perfect town and you’ll be free to explore ashore as you wish, or head off on an organised excursion. Not sure what to do here? Then keep reading, as our Honningsvåg North Cape cruise port guide will lead you in the right direction.

Upon arrival, you’ll be greeted by local tourism guides and this is a great time to pick up a map or enquire about tours to the North Cape if you haven’t already booked one. Naturally, if this is your first visit to Honningsvåg, then it’s highly likely you’ll want to tick a visit to the North Cape off your bucket list, and rightly so! Tours will be offered with your cruise line but they will run expensive – as do all shore excursions in Norway. So, what is the North Cape? Well, in short, it’s a cape on the northern coast of the island of Magerøya in Northern Norway – essentially it is the northernmost point in Europe and thousands upon thousands of people flock there every year. The cape itself includes a 307-metre tall cliff with a flat top, where visitors can watch the midnight sun and enjoy stunning views of the Barents Sea and land below. A visitor centre was built here in 1988 and it includes a small café, souvenir shop, museum and restaurant – so you can warm up and refresh after your time at the view point.

If you decide not to embark on a trip to the North Cape and instead decide to stay within Honningsvåg, you could probably explore it all in less than 90-minutes. There’s not a great deal here, but there are a few things worth admiring, including the local church which following WWII was the only building left standing in the town – this makes it the oldest building in Honningsvåg. It’s a white wooden building and dates back to 1885.

There’s also a small museum at the port which details Finnmark daily life.

If you want to really dive into local life and cuisine, then we absolutely recommend you consider booking an excursion to go on a King Crab Safari where you’ll learn how to find it, catch it and cook it – ideal for shellfish lovers! it’s what we would call a once in a cruise time experience and is certainly something different, and a great way to learn more about Norwegian food and flavours.

Norway can be very expensive, so take this into consideration before embarking your ship – it could be more cost-effective to book an excursion in some respects with your cruise line.

The official currency is the Norwegian Krone, however, some places will accept euros and US dollars.

There is free Wi-Fi available inside the tourist office. 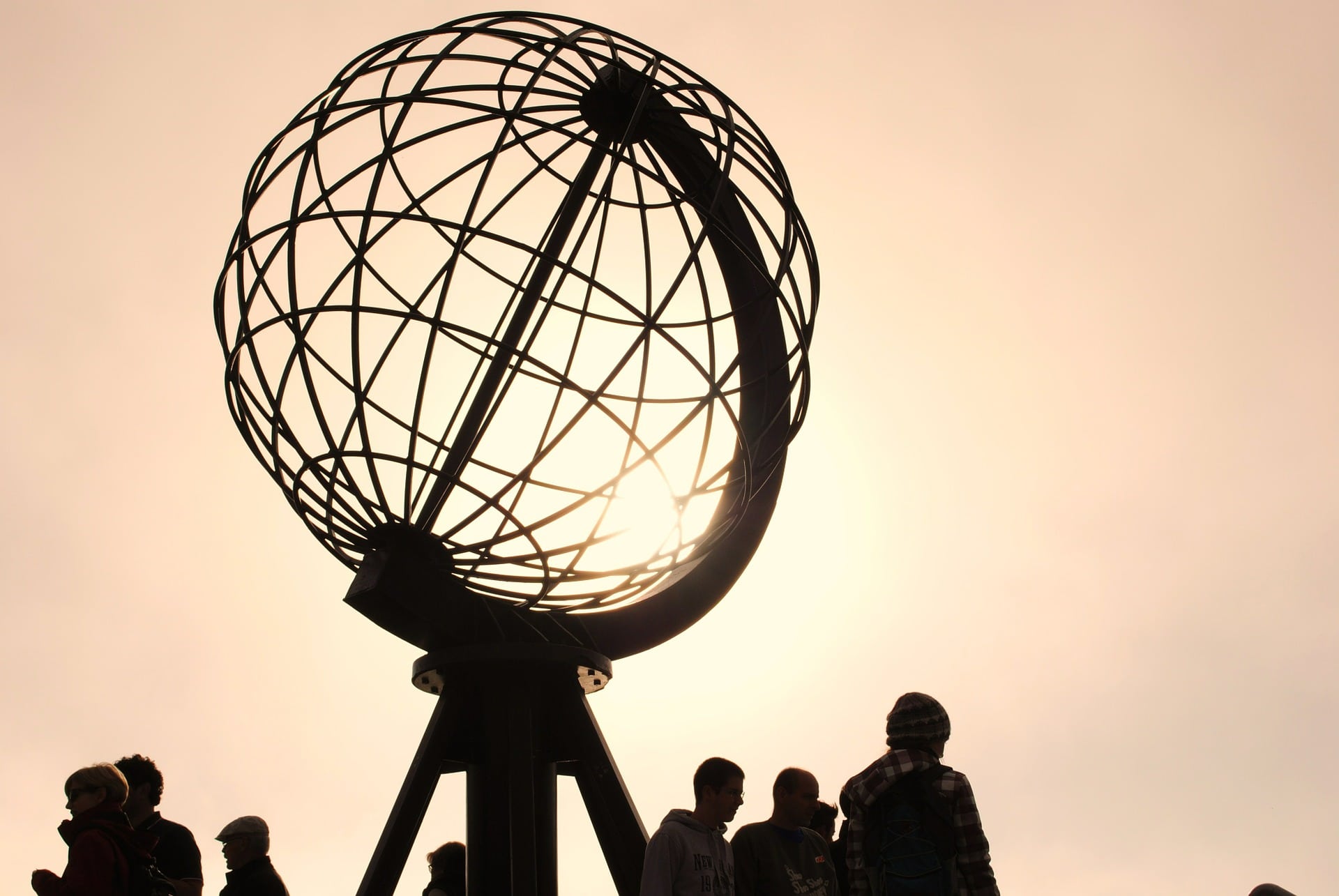 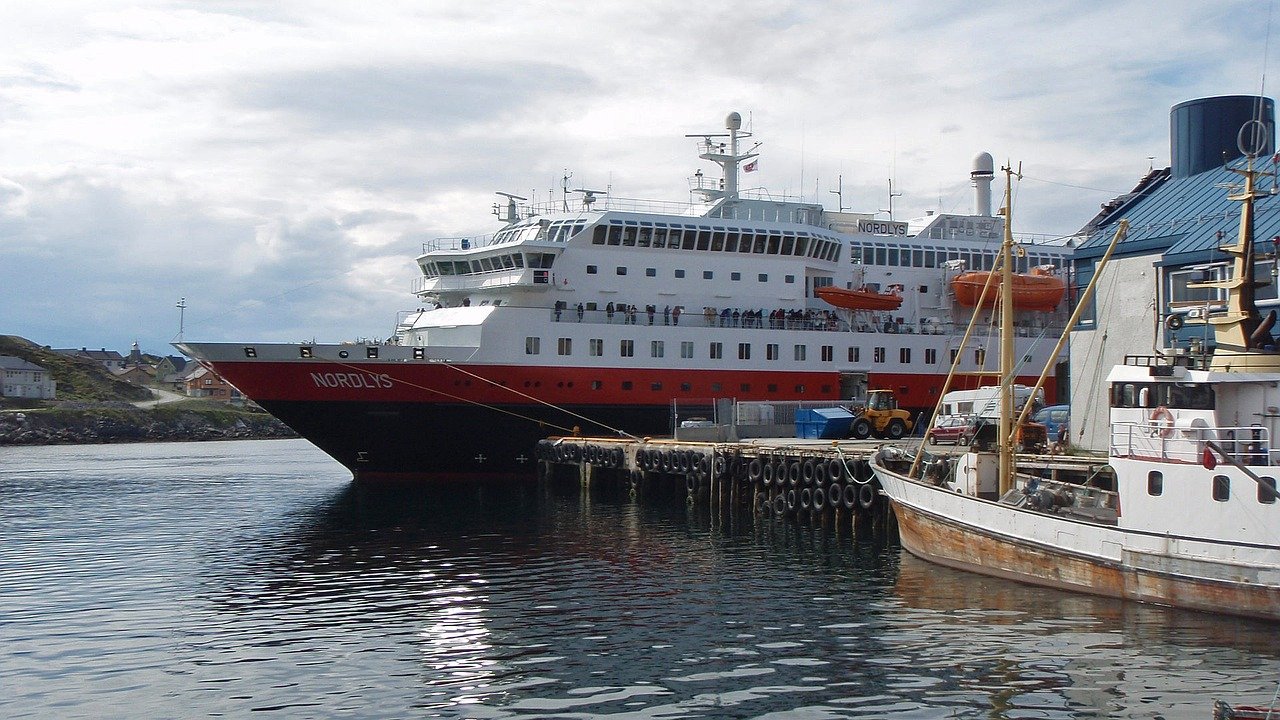 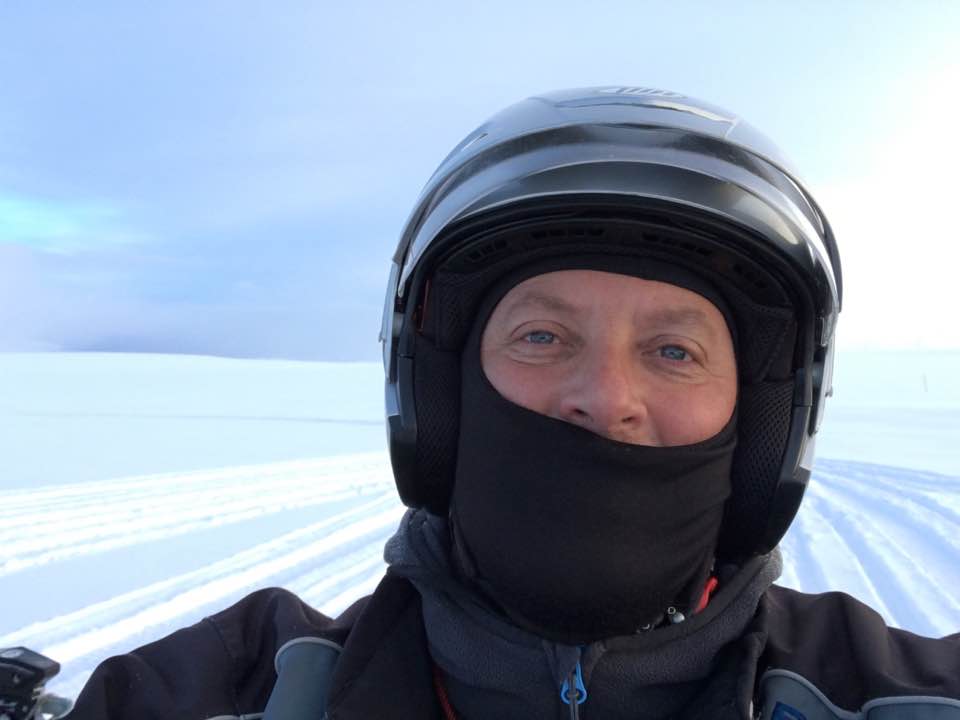 Honningsvåg – the northern most city in Europe and the gateway to the North Cape – is a stunning port in all seasons and offers a very idyllic location along this incredibly exposed part of the Norwegian coastline.

In the winter, as many other ports do, it looks as though it’s been designed especially or a Christmas card and in the summer, the colourful boats, houses and rooftops create an eclectic mix against the green hills and mountains that shelter the bay.

My first trip to Honningsvåg, during a December sailing with Hurtigruten, was under the wintry midnight blue lights that you’ll find from around 2pm everyday until January and the longer hours of darkness.

We took a trip up to the North Cape, which due to the heavy snow at this time of year resulted in us being escorted by a snowplough to clear the main road into the North Cape centre, along with a few local skiers keeping up with us at a decent pace!

At the centre, not only can you take in the allure of the steep cliff faces and pure wild, but there’s also a great tourist centre, a chapel and a museum showing you the history of WWII.

As we sailed away from Honningsvåg, we were privileged to experience natures amazing Northern Lights show and as always, the captain positioned the ship in the optimum position!

Travelling to Honningsvåg and North Cape throughout the year will afford you many different experiences. Between May and August you have long days and the midnight sun, whilst wildlife and fauna are abundant. In the winter, you have the snowy landscape and the chance to spot the Northern Lights.

This year, you’ll also have the opportunity to visit with Hurtigruten on our year-round sailings from Bergen or on our brand-new programme sailing directly from the UK port of Dover. 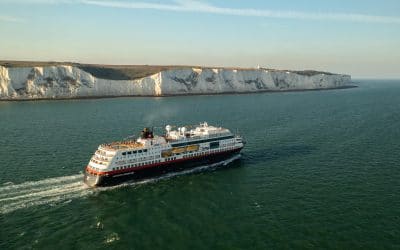 MS Maud officially set sail on her inaugural sailing from the Port of Dover – the first-ever year-round UK departure for leading expedition brand Hurtigruten Expeditions. Offering year-round sailings to explore the best and remote locations around the British...