Welcome to our Ísafjörður cruise port guide, your number 1 free tool for planning the perfect experience ashore. In the Western Fjords of Northwest Iceland is Ísafjörður, meaning ice fjord or fjord of ice, a town known for its dramatic scenery. The wild and sparsely populated Western Fjords are cut off from the rest of Iceland and geologically is the oldest part of the country, dating back some 16 million years. The various fjords that indent the coastline were formed by intense erosion by ice age glaciers which nearly separated the area from the mainland. When you arrive here you really will feel like you’ve reached the end of the earth even though, with a population of around 3,500, Ísafjörður is the region’s largest settlement set on a spit that extends into the fjord. The town is hemmed in by mountains that tower above it on three sides.

As a settlement however Ísafjörður was settled around 1000 years ago, however its golden era was during the late 19th and early 20th century when the town became the centre of the Icelandic fishing trade, exporting large amounts of salt fish and moving with the times as new technologies for fishing emerged after the Second World War. The fishing industry sadly started to decline in the 1980s and people moved away for opportunities, but it is now a popular tourist location due to its stunning setting.

What will you find when you wander into town? Well, the capital of the Westfijords is home to a post office, banks, hospital, library, small supermarket, restaurants and some excellent recreational facilities. The centre of the town is colourful, quaint and full of interesting old streets and houses that are unique to the area. It is very easy to explore on foot.  As you stroll through the narrow streets with their modest wooden 19th century houses you can breathe in the town’s history and culture. If you are hoping to pick up a souvenir, there are a few souvenir shops dotted throughout town and a boutique or two selling Icelandic handicrafts and handmade jewelry.

Fishing is the main form of livelihood in many Icelandic villages and its importance to the history and livelihood of Ísafjörður cannot be understated. Right in the centre of town next to the church you will find the Seamans Memorial. This statute is dedicated to the local fishermen and acts as a reminder of the town’s dependence on the sea and the risk faced by them. If you are interested in gaining a deeper understanding of the area’s nautical and fishing history and in particular the role that fishing and whaling had in the town’s development, the towns greatest attraction the Westfjord History Museum is the place to visit. It is housed in a former warehouse and one of Iceland’s oldest houses. If you venture inside you will find all sorts of memorabilia including replica fishing boats, tackle and rods.

Exploring further afield highlights include the Osvor Open Air Museum near to the village of Bolungarvik. A tiny fishing settlement located on the beach, Osvor showcases the living conditions of fishermen of the 19th century, with genuine fishing huts, boats and even the staff dressed in the clothing of the past. Sudureyri is a modern fishing community that was once cut off from the road network but now is accessed via a tunnel through the mountains.  Hesteyri is a former fishing community, once a whaling station and then lastly a centre for herring processing that was abandoned in 1940 by the population due to the lack of utilities and has since been turned into a nature reserve where local flora and fauna have flourished. In particular the Arctic Fox can be found in this area. It is only accessible by boat, so you would need an excursion or a local guide to bring you to explore the wilds of Hesteyri.

If you’re interested in learning more about the only indigenous mammal of Iceland, then the Arctic Fox Centre in the village of Súðavík, which was partially destroyed by an avalanche in 1995, is worth a visit to see ones they have nurtured and rehabilitated. For more wildlife, and particularly birdlife, then Vigur Island can offer you some amazing opportunities. The quality of bird watching in Iceland is great because of the high density of birds and how easily observed they are. The most sough-after species by birdwatchers visiting Iceland are the Icelandic Falcon, which is the largest falcon in the world, the Red-necked Phalarope, and the Puffin. All three can be easily found with some experience or local guiding.

The currency in Iceland is the Icelandic króna.

Depending on the size of your ship you will either dock or tender into Ísafjörður, where once ashore everything in the immediate vicinity of interest is within walking distance. There is no established cruise terminal or centre, but usually tourist information has a stand setup with maps and someone to give advice on what to do ashore. There is also a tourist information centre in the town. 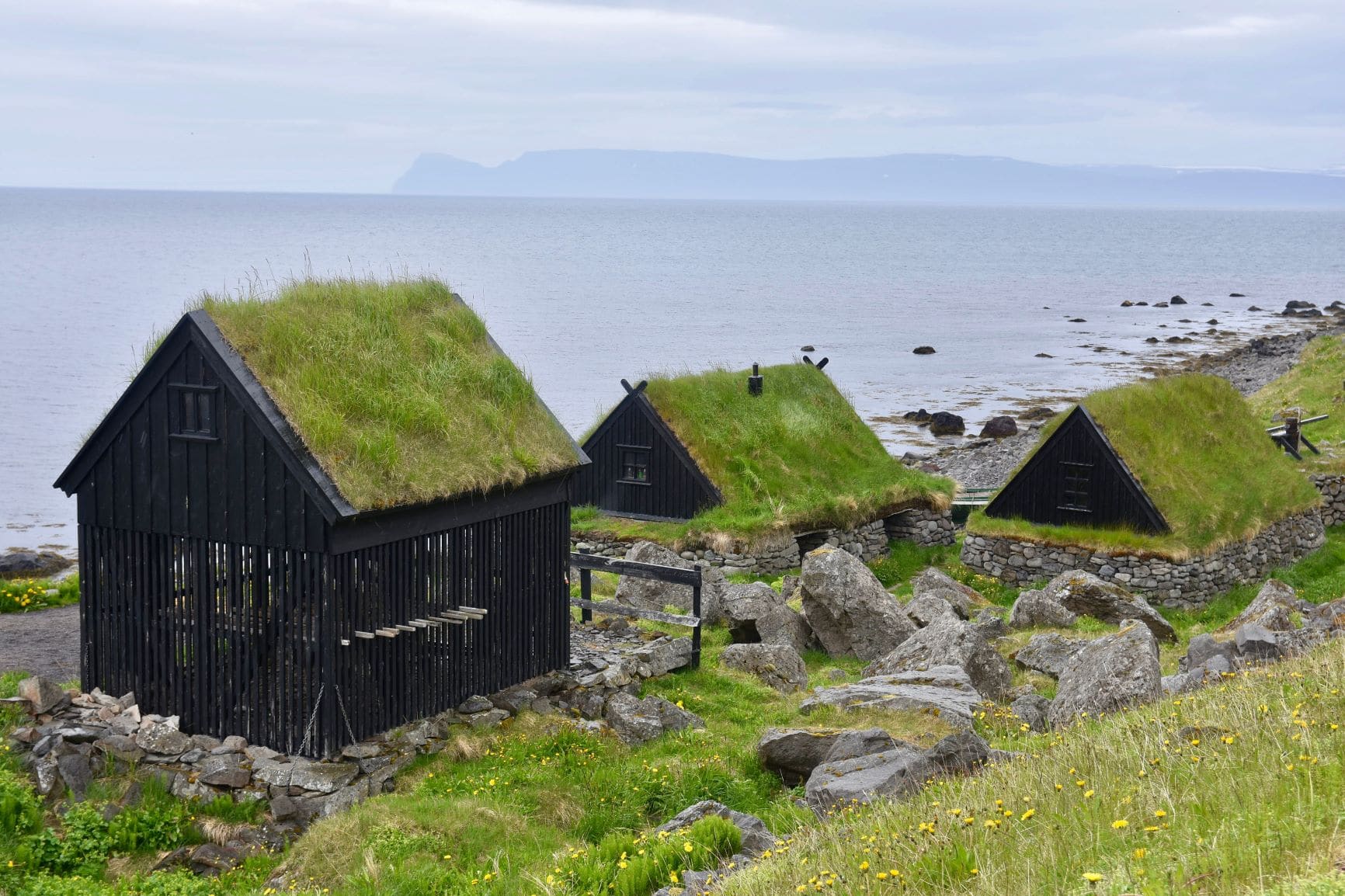 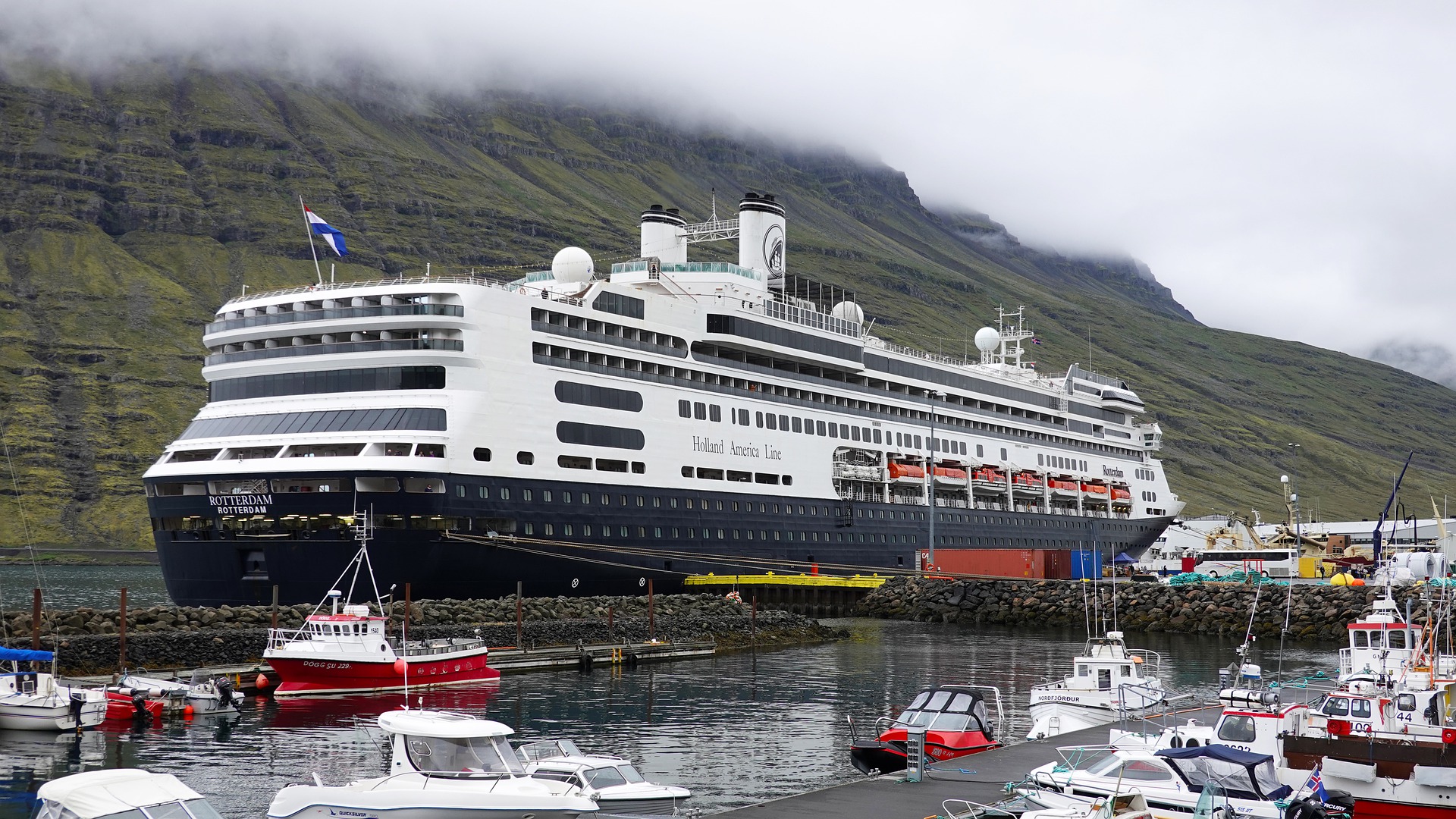