Kiel is the capital city of the German state of Schleswig-Holstein and is located at the end of the Kieler Förde. Originally founded in 1233, the city is a traditional maritime and naval location. The sea is important part of daily life here not just on the many container ships passing through the Kiel canal but also in the leisure pursuits of the people. In fact, two Olympic sailing competitions where held here and various sailing events are throughout the year including Kiel Week, which is the biggest sailing event in the world held on the last week in June. The city turns into a sea of masts and it attracts millions of people from all over the world, with numerous types of ship and sailing craft. It is a mixture of sailing races, tall ship conventions, music and food festivals all rolled into one. Welcome to our Kiel cruise port guide.

The Cruise Terminal Ostseekai is the main location for cruise ships to dock in the city. It is a fully operational terminal building, with tourist information and shops inside. It is well connected with transport links and is within easy walking distance of the centre of Kiel, with plenty of signage and distance markers to direct you (it is approximately 500m to the Alter Markt).

The world’s busiest artificial waterway was built at the behest of Kaiser Wilhelm II, who wished to expand Germany’s maritime warfare capabilities. It also would allow the German navy to move its ships from the Baltic to the North Sea without having to pass via Danish waters. Completed in 1895, it lost its military significance after the First World War and has since become an important passageway for freight and increasingly cruise ships. If you aren’t fortunate enough to be on a ship that can transit the canal, it is easily accessible from Kiel either walking, via public transport, private transport or organised excursions.

A monument with an observation deck at 85m above sea level with stunning views of the entrance to the Kieler Förde. It was built to remember the World War I dead from the German navy, with those who perished in World War II added after. In 1954 it was rededicated as a memorial for all sailors of all nationalities lost at sea.

Laid down in 1942 and commissioned in 1943, she served in five wolfpacks of the German Kriegsmarine during World War II. After being surrendered to the British at the end of the war, U-995 entered Norwegian ownership and before being offered to the government of West Germany for one Deutsche Mark, which was refused. She was subsequently saved by the German Navy League and is now a museum ship, located next to the Laboe Naval Memorial.

The town hall itself was built between 1907 and 1911 and has a 106 metre tower which was based on the campaniles in Venice of which Kaiser Wilhelm II was a fan. It has an operational paternoster lift inside.

The old market square was originally part of the old city, where traders would gather. Most of the old town was destroyed in the war, but you can still see a few remnants of Kiel around here.

Located in the Alter Markt, this is the oldest building in Kiel, which is believed to date back to 1242. Although it was heavily damaged during the war, it has been restored as close to the original as possible, albeit with a simpler contemporary interior. Outside the church is a famous statue called Geistkämpfer (The Fighter of the Spirit) which was originally unveiled outside the Franciscan monastery in 1928 and was a popular piece of art with the locals. It was removed by the Nazi’s as a symbol of degenerate art but brought it back from hiding in 1954.

The City Museum housed in the oldest residential house in Kiel. This 17th century grand house today stands as one of the very few reminders of what this city was in its past, with its preserved historical rooms and art exhibitions. It would be one of the best museums to visit in the city to gain an understanding of its people and its past.

The currency in Germany is the Euro.

The summer months when cruise ships tend to visit Kiel (May-September) are usually the best months, with typically warm weather and average temperatures between June and August of between 20 to 25 degrees Celsius. Due to its proximity to the water, Kiel does experience quite a bit of rain in the summer with humidity, with July the wettest month of the year, so worth packing a light rain coat and umbrella if heading out.

Most of the main attractions and shopping and dining opportunities are within easy walking distance of the port area. There is a public transport network of buses and trains should you wish to head further afield.

The best way to experience Kiel is from the water, and there are ferries and harbour cruises that allow you to head out to Laboe with the Naval Memorial and beaches. For more information, prices, routes and schedules check out https://www.sfk-kiel.de/en/index.php

For Hop On Hop Off services, including information on the routes and prices, check out https://city-sightseeing.com/en/7/kiel

Kiel is considered to be a relatively safe city, but as with any city visit take extra care when in crowded areas and if heading out in the evening.

When dining out in Germany you cannot beat a traditional beer cellar, and the Kieler Brauerei produces its own beer on the premises, with the chance to see the open fermentation tanks with a guided tour. The food is typical German, with sausages and sauerkraut in abundance, and large sharing platters if you’re travelling in a group.

Just a short stroll from the Cruise Terminal Ostseekai on the banks of the Kieler Förde, the duo behind this restaurant have brought flavours of the world to Kiel, taking traditional German ingredients such as boiled sausage from Holstein and giving it an Asian twist. You can even take some of their ingredients home, as they also sell their sauces and package ingredients in stylish mason jars. 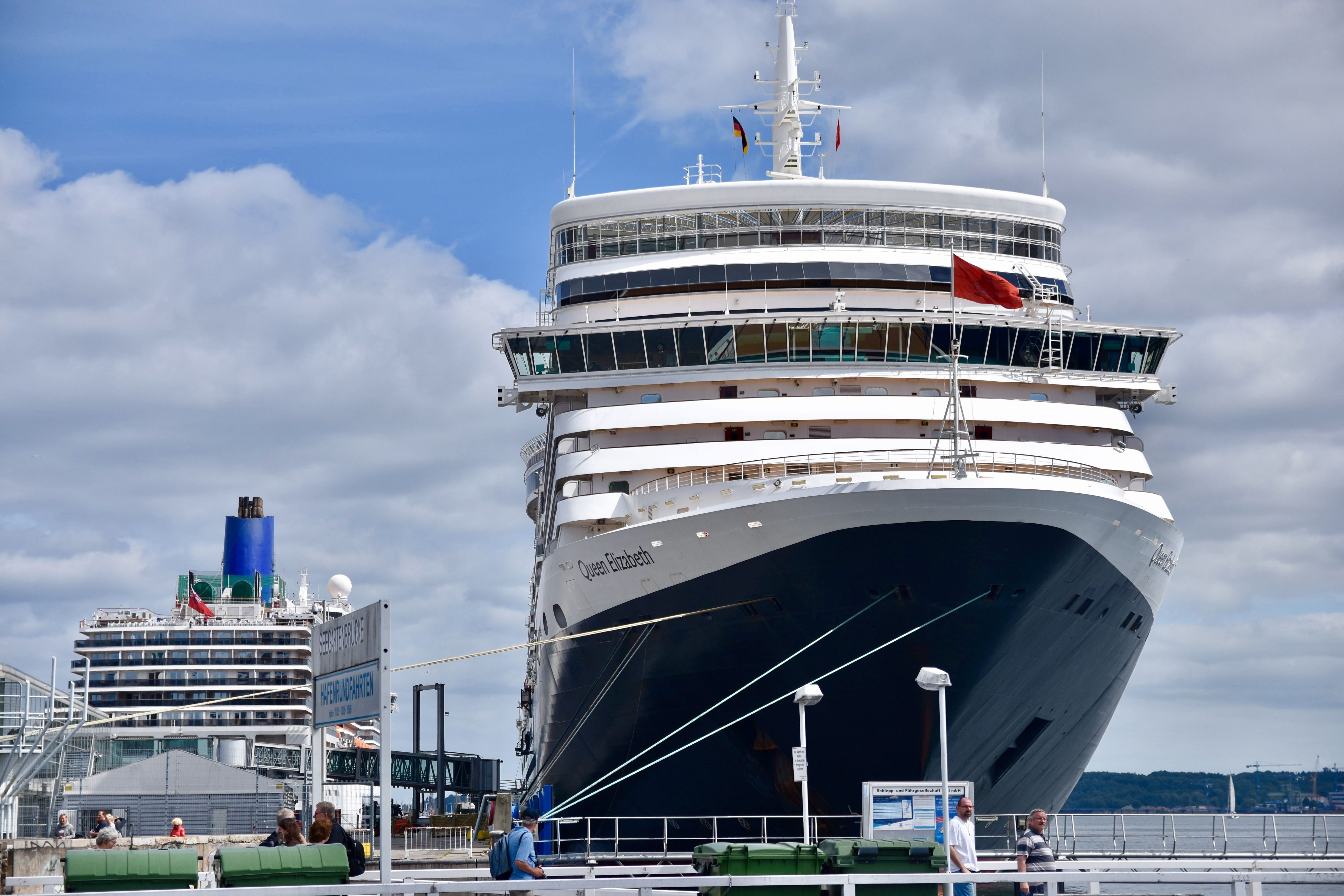