Klaipėda is protected from the Baltic Sea by the Curonian Spit, which is the region’s most mesmerising and possibly most beautiful natural feature. It is a sand bar that stretches 98km long but is only 4km wide and is famous for its sand dunes, which reach up to 60metres high. It comprises the Kuršių Nerija National Park, one of five national parks in Lithuania, as well as the touristic town of Nida in the Neringa municipality, and plenty of stunning beaches.

Klaipėda Cruise Ship Terminal is where cruise ships dock and is approximately 850 metres from the centre of the city. There are no terminal facilities on the quayside although tourist information usually meet arriving ships to hand out information.

Most of the highlights of Klaipėda can be found in and around its compact Old Town. The city itself was badly damaged during bombing in the Second World War and then heavily developed under Russian occupation, although the buildings in the centre date from the 13th to 18th Centuries. They are also notable amongst towns in Lithuania for being primarily of German and Scandinavian architectural style, and a planned street structure. These include plenty of streets with local shops including plenty that sell Baltic Gold, or Amber as its more commonly known.

Highlights of the Old Town include:

The focus of the old town is this square, on one side of which stands the classical style Klaipėda Theatre. Nazi Foreign Minister Joachim von Ribbentrop delivered an ultimatum to the Lithuanian Foreign Minister on March 20, 1939 for surrendering Klaipėda to German control, threatening that the town would be taken by other means if necessary. Adolf Hitler himself delivered an address to the city residents from the balcony of the theatre, signifying what would be the last territorial acquisition made by Germany prior to the Second World War.

Statue of Ann from Tharau

This statue of a young girl is dedicated to the German poet Simon Dach who was born in the city. Ann was a girl who Simon fell in love with, but she was betrothed to another man, so he wrote a poem about her which is still very famous and popular in Germany. The original sculpture of Ann was made in 1912 but during the Second World War it disappeared, so a replica was cast in 1990 on behalf of the city residents.

Originally known as Memelburg or Memel Castle, the archaeological remains of the castle that date to the 13th Century have been slowly restored after it was demolished in the 19th Century. A museum now exists within the restored bastions.

In the heart of Klaipėda, this museum and shop allows you to see some impressive ancient amber pieces, including amber from around the world.

More of what not to miss in Klaipeda

One of the nicest and most charming features of Klaipėda are the number of statues and sculptures that you can find dotted around (there are 40 in total spread out around the city). In fact, they can offer you a chance to explore the city on foot and act as a sort of treasure hunt. Most of the statues have stories associated with them that make for fun exploration. These include:

Situated in front of the Kurpiai Jazz Club, the 17cm tall bronze and stone mouse is magical according to its creators. Around the statue written in Lithuanian is the phrase ‘Convert your ideas into words – Words become magic’. So just whisper into the mouse’s ear and your wishes will come true.

The origins of this scary looking sculpture that is positioned on a wall in the Old Town, relate to the founding story of the city, which states that two brothers looking to establish a new city took different routes, with one going through marshland and disappearing. The other brother who had taken the safer river route found nothing but muddy footprint. This gave rise to the name Klaipėda from ‘Klampi peda’ meaning ‘marshy footprint’. The dragon or serpent, according to the artist behind its creation, symbolizes the connection between earth and sky, fire and water. It is over 145kg in weight and over 3 metres in length, and when it rains it channels the water through its body to flow out of its jaws.

Located near the castle remains by the swing bridge you can find this ghostly silhouetted figure rising up out of the water. 2.4 metres in height, it is said to represent a story of a ghostly figure that approached a guard at the castle in 1595 to forewarn of trouble for the city residents.

Located high up on a chimney in the Old Town, the chimney sweep was said to bring good luck to people if they touched their buttons. Its too difficult to touch the statue with it being on the roof, so the sculptor placed a button in the wall of the building for those who wish to see what fortune awaits them.

The Cat with the face of a Gentleman

Located in Kalviu street square, this wonderful sculpture has had an interesting history. First cast in 1980 it has twice been stolen and replaced, until finally a more permanent and firm iteration was installed in 2006. It is said that the old town cat had magical powers.

Located in Tiltu Street 1, it is positioned on a pedestal next to the building that was the first savings bank of the seaport open to the public in 1915-16. The coins are all different sizes and from different regions, representing Klaipėda’s position as an important centre of international trade and a seaport.

Located at the cruise terminal since 2007, the purpose of this sculpture is quite clear. It is of a little boy waving his hat at passing ships with his trusty dog at his side. It is said it was built to ensure that all guests arriving by cruise ship to the city were welcomed and waved off, always having an escort to the city.

Further afield, o the north of Klaipėda you will find the resort town of Palanga. This is the busiest resort in Lithuania, with 11 miles of beach that people come to enjoy during the summer months. The heart of Palanga is the Jonas Basanavičius Street, which is a pedestrian-only thoroughfare during the high season. Here you will find plenty of restaurants, bars, rides, and other forms of entertainment. Aside from the beach the other main attraction here is the Palanga Amber Museum and its attached botanical garden, which is housed in the restored 19th-century Tiškevičiai Palace.

No Fly Cruises recommends https://Klaipėdatravel.lt/en/ the official website of the Klaipėda Tourism and Culture Information Centre for more information on Klaipėda.

The currency of Lithuania is the Euro.

The city is easily accessible on foot and there is minimal need for public transport to experience the main highlights.

The city is served by a local bus network. For ticket information, including prices and how and where to buy, as well as updated route maps, check out https://www.klaipedatransport.lt/en

The Curonian Spit is accessible from Klaipėda via the foot ferry to Smiltynė. Check the latest timetable the day you are here but there is usually one ferry every hour on the hour from 8AM-9PM, with the return services at every quarter past the hour. Tickets are only €1 per person. For updated information, check out https://www.keltas.lt/en/

Klaipeda is relatively compact and rarely crowded, so tends to be safe and very friendly and welcoming. Be careful on cobblestone streets especially if wet.

Located in renovated riverside warehouses a stone’s throw from the Theatre Square, Katpėdėlė is a restaurant that will definitely provide you with a filling meal. With a Lithuanian menu focused on heavy but simple dishes, such as potato pancakes stuffed with meat, or Kibinai which are small meat pies and a traditional Lithuanian snack (comparable to a Cornish pasty), you are definitely going to get a taste of the Baltic here.

This upscale restaurant is actually based on the Meridianas, a tall sailing ship built in 1948 in Finland as a training ship and converted into a restaurant on the Danė river in 1971. Restored from almost ruin starting in 2014, the ship now blends its heritage with a refined dining experience. A heavily seafood based menu boasts amongst its dishes smoked herring and blue molluscs, as well as meat and vegetarian dishes. A firm favourite amongst the locals, this is a popular place to dine. 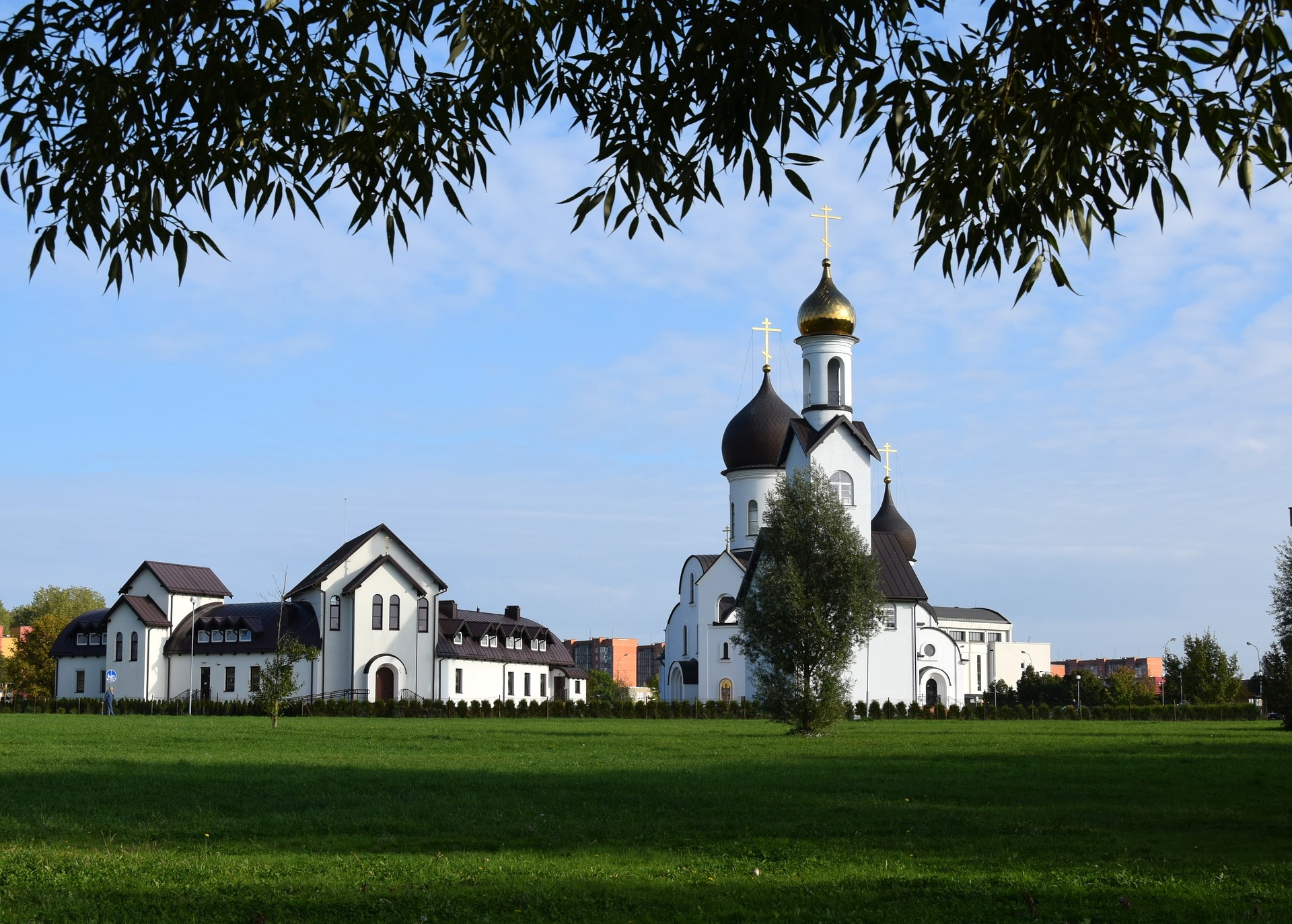 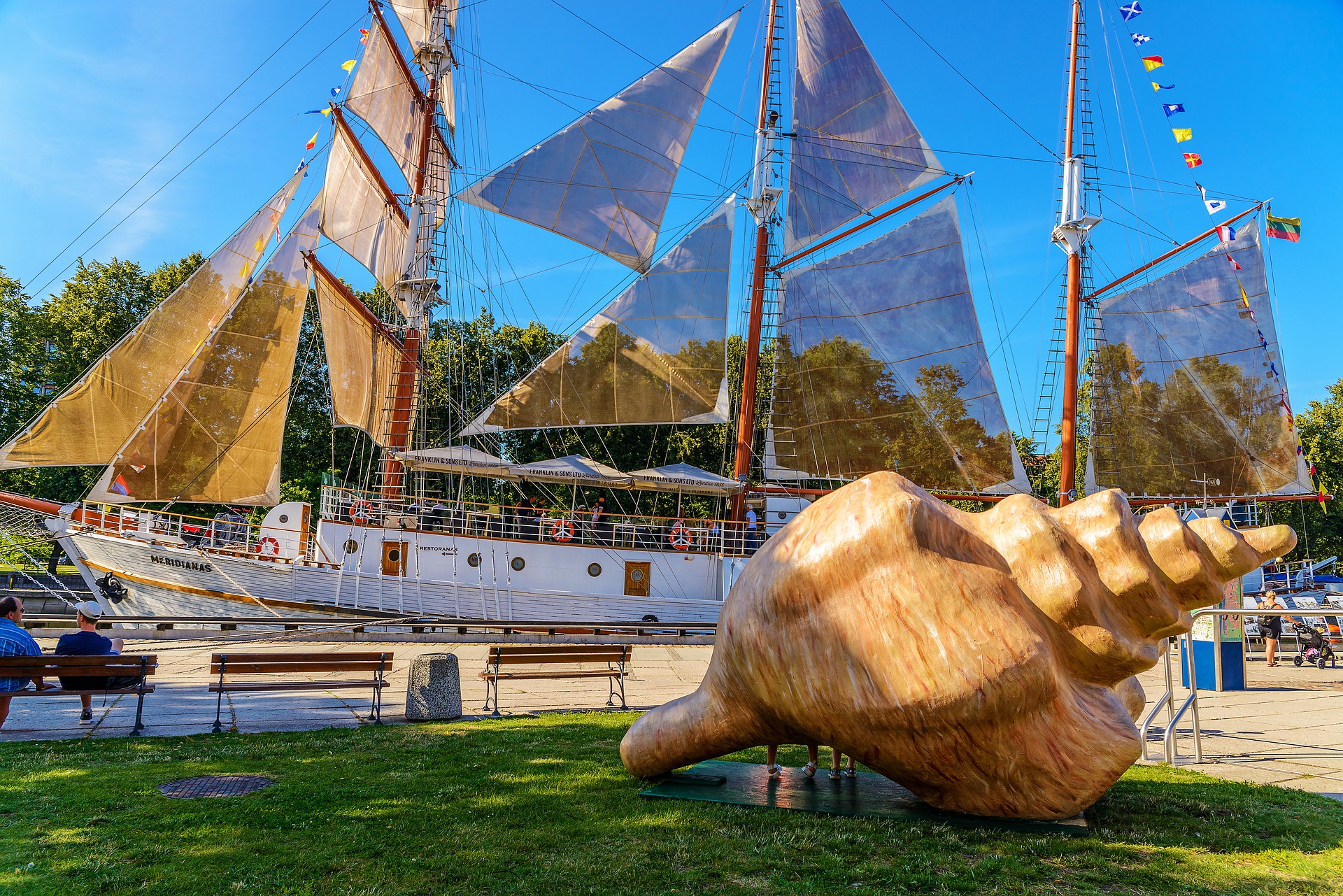