Located just to the north of the convergence of the Rhône and Saône rivers, Lyon is one of France’s oldest cities and its architectural landmarks date back to 43 BC. With much of the city recognised as a UNESCO designated World Heritage Site boasting innumerable cultural sights, from ancient cathedrals to fascinating Roman-age heritage spots. Lyon has well and truly earned its reputation amongst tourists due to its extensive history, heritage and culinary expertise – find out why in this insightful Lyon river cruise guide.

Situated at the coming together of two great French rivers, Lyon is a hub of French culture, celebrated for its roots in the creation of cinema with the Lumière Brothers and for its Gothic and Renaissance styles that continue to reign supreme through the city’s architecture. Once a powerhouse in the silk trade, Lyon is packed with established artisans and craftsmen and as a result, is praised for its silk production with a number of original manufacturers still existing within the city today. With its rooted legacy in silk originating from the 15th century, a guided tour is a great way to gain insight into this fascinating trade. If sailing through Lyon with Emerald Cruises, guests will enjoy exclusive access on board to explore the up-close artistry with a private presentation.

From medieval cathedrals to Renaissance mansions, Lyon is a hotbed of contrasting architectural styles. Wander through the city and soak in its vividly illustrated history, as buildings from all time periods can be seen adorning narrow cobblestone streets. As home to some of the most stunning scenery in Western Europe, I highly recommend staking out Lyon’s distinctive old quarters and its winding, secret passageways, known as “traboules”, included in the guided city walking tours. From a raft of fine churches to half a dozen exceptional museums, including the stunningly modern Musèe des Confluences and the constantly absorbing MuséeGallo-Romain, the progressive nature of the city means there are always new things to see. For one of the best views in the city, head to La Basilique Notre Dame de Fourvière to enjoy sweeping views like the ones in the image below.

History and heritage aren’t the only things on offer in Lyon, with the city celebrated as the global culinary capital on account of its simple, quality cuisine, displaying over a dozen restaurants with one or more Michelin stars at any given time. With Michelin chefs constantly perfecting Lyonnaise cuisine to a legendary standard, the elite of French society continue to flock to the city to sample these exquisite delicacies. Lyon’s food scene is perfect for those with an appetite for richer food. So, tuck into duck pâté, succulent roast pork and wash everything down in the finest possible style with a tasting session at one of the city’s many wine cellars! If you’re after a more understated foodie experience, head to one of the city’s many markets – filled to the brim with fresh local produce and regional delicacies.

No visit to Lyon is complete without sampling some of the city’s gastronomic specialities in a bouchon, home to 22 of France’s top recognised eateries. As the quintessential experience, Lyon’s unique bouchons warrant a place on our port guide for the unique dining experience they offer. Combining culinary heritage with a charming setting, these intimate eateries give you the chance to sample classic dishes from old-world France – each plate as uncompromising and distinctive as the last. As the gastronomic core of the European continent, trumping even Paris in terms of sheer palatability, Lyon has everything you could desire from an intoxicating blend of urban sophistication to irresistible tastes.

This entire river cruise port guide was expertly written by Emerald Cruises on behalf of NoFlyCruises. 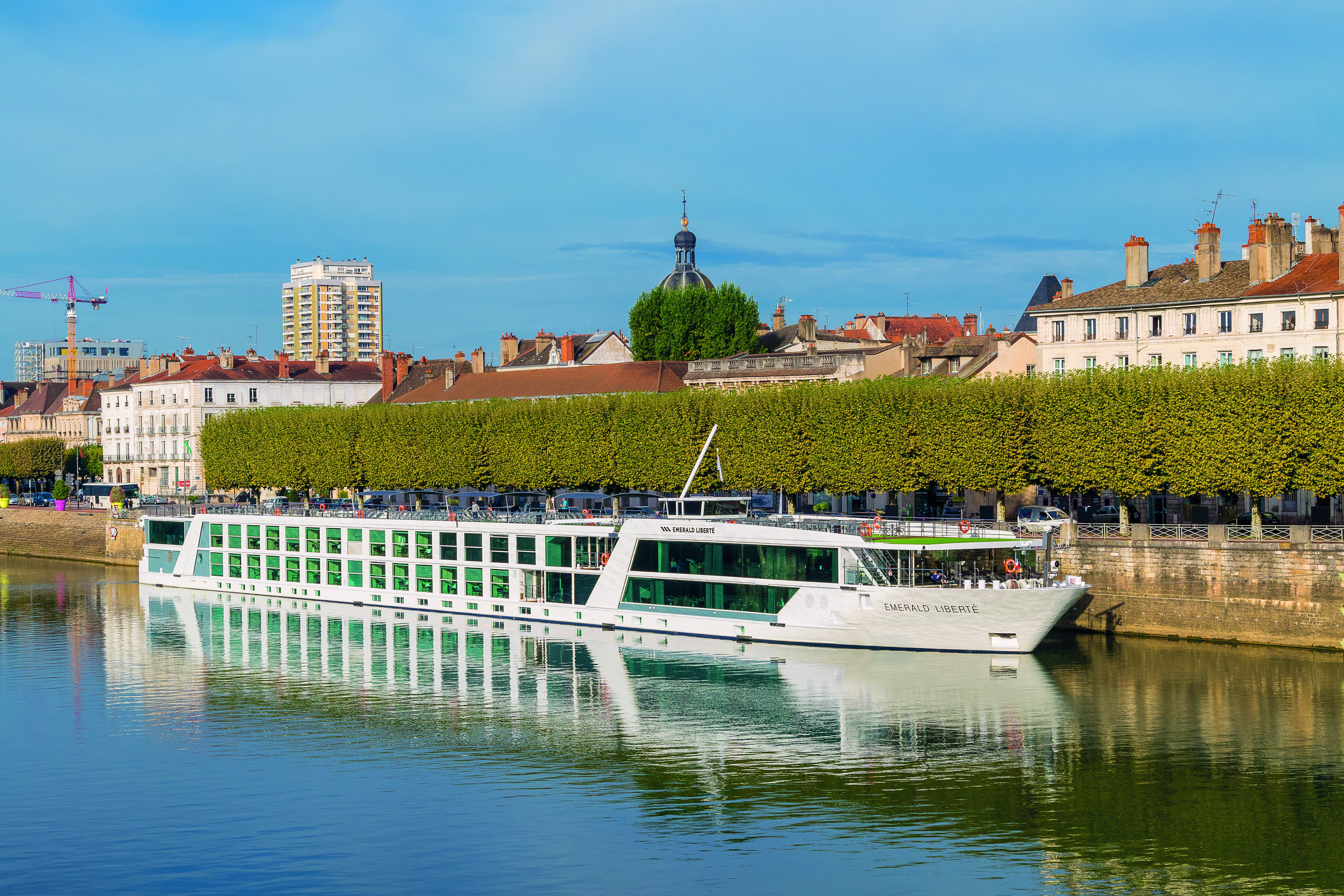 There’s a good reason that Lyon has become one of my favourite destinations and the starting point for so many of our fabulous cruise itineraries in the South of France. The city itself is a wonderfully concise hub of culture, especially as the renowned gastronomic heart of the country – if time allows, please stop at a traditional restaurant and sample Lyon’s famous Quenelles de brochet! This is a signature Lyonnaise dish that features delicious pike dumplings and served with creamy crayfish sauce, although some of the restaurants I have visited have also experimented with lobster or mushroom sauce.

Gracing the banks of two of Europe’s most picturesque rivers, Lyon has a treasure trove of sights to uncover. If there’s one thing you must see when you’re in Lyon it’s their traboules in the silk weavers’ district of La Croix Rousse – with only 40 of these secret passageways open to the public, taking a guided tour through here is a perfect way to see the city’s hidden and colourful past. Additionally, the Croix-Rousse neighbourhood itself is a place worth exploring with an area packed full of interesting street art, quirky boutiques and food markets to explore.

Fred. Olsen has become the first cruise line to complete an international voyage since the resumption of cruising, as Borealis returned to the UK from Iceland this morning. New ship Borealis set sail for the rugged landscapes of Iceland on Saturday, 14th August...

Whether you're a cruise connoisseur looking for something new, exciting and different or a novice looking to dip your feet into cruising, some occasions call for something more or something different to a normal cruise. Below is a list of "Five Amazing No Fly...

Fred. Olsen Cruise Lines' new flagship Bolette sailed from Dover yesterday afternoon on her maiden voyage for the cruise line. Bolette will offer scenic sailing of the Isles of Scilly’s 140 islets, a designated Area of Outstanding Natural Beauty famed for its...

Some of the UK’s favourite no fly cruise lines

Dislike flying? Hate the hassle of the airport? Always exceed the baggage allowance? If the answer is yes to any of these questions, NoFlyCruises are the perfect choice. No-Fly cruises are exactly what the name suggests: they depart from and arrive back at a UK...