Portree is the gateway to the beautiful Isle of Skye, the northernmost of the Inner Hebrides and our Portree cruise port guide is your free planning tool. Skye is a romantic place and the history, the legends, the scenery, the weather, the music and the poetry combine to produce something very special indeed. It is that peculiar magic that draws visitors to the island from all around the world and makes it one of Scotland’s biggest tourist destinations. The locals claim that Skye is conclusive proof that, sometimes, God just likes showing off.

It is an island that showcases Mother Nature at her finest. The coastline is very irregular and indented, covering around 400 miles in total. These miles are littered with bays, sea arches, stacks, caves, massive cliffs, waterfalls, fossils, tidal islands and sea lochs. So wherever you stand on the coast, there is something to discover and appreciate. Inland is no less dramatic, ranging from verdant green pastures to looming craggy mountains, most of which has managed to escape through the passage of time without too much effect from human development making this a special island to discover.

Portree is the capital of the island, a small and charming town whose name in Gaelic means ‘King’s Port’, taken from a visit by King James V in 1540 to rally the island’s clan to his side. Portree has a small selection of shops that branch off Somerled Square, where you can buy traditional Scottish souvenirs including crafts and knitwear. There are also some nice cafes to rest your feet and grab something to eat or drink and pubs if you fancy something a bit stronger than a tea or coffee. Exploring Portree won’t take long, so our best advice is to get out of town and explore the beautiful island scenery.

On Skye you are spoilt with options as to how to spend your day, from highland castles, to dramatic scenery, to amazing wildlife, this is a destination that offers it all. Places like Trotternish Peninsula, an area of land 20 miles long and 8 miles wide, showcase spectacular geological features such as rock formations, pinnacles and pillars. The Kilt Rock is an area of cliffs 200ft high marked in an almost tartan like pattern by the rock strata, with a waterfall tumbling down to the shore below. The Old Man of Storr, which is the subject of many myths and legends involving priests, devils, fairies, brownies and giants. Locals will be able to tell you the legends such as that the rock is the thumb of a giant who died and was buried under the earth, or that it is a man and wife tricked by fairies. And the main mountain range, the Cuillin, often said to be the home of the only true mountains in Britain.

Outside of the scenery, castles are a feature of the landscape on Skye. One of the best known is Dunvegan Castle, the ancestral seat of the MacLeod Clan. This magnificent castle is the longest inhabited castle in Scotland by one family and is the seat of the chief of the clan, currently Hugh Magnus MacLeod of MacLeod, the 30th Chief. This castle is filled with treasures that the family have collected over the centuries, such as the fairy flag, which is believed to ensure victory in battle, Sir Rory’s Horn which is an ox’s horn that when young chiefs came of age would have to quaff from and also see the fairy cup, which is a ceremonial drinking vessel which like the fairy flag has its origins routed in myth and legend that revolves around the magic of fairies, hence their name. Outside of the castle the gardens are an oasis of colour against the otherwise barren island landscape and these 18th Century gardens provide spectacular views over the grounds, the lochs and rivers.

Alongside Dunvegan Castle, another famous castle you can see just across from Skye on the Scottish mainland, is Eilean Donan. It’s a proper Scottish icon; it is used in advertising, on calendars and as a backdrop for Hollywood movies such as James Bond: The World Is Not Enough, Highlander and David Niven’s Bonnie Prince Charlie. It doesn’t quite have the history of Dunvegan, but it more than makes up for it in visual spectacle. The castles history dates back to the 7th Century where there was a monastery dedicated to St Donan, with the castle itself being constructed in the 13th Century. It suffered severe damage by the English during the Jacobite era who blew the castle up after capturing it from the Spanish who held it. The castle languished in ruin until the early 20th Century when it was bought and slowly brought back to its former glory, completed in 1932. Filled with fine furnishings, rare paintings and fascinating antique weaponry, the rooms of the castle are a treasure trove of memorabilia relating to the history of the castle and the family who restored it, including an interesting collection of Jacobite artefacts.

This is an island of clans, castles and craggy mountains and although Portree is charming, it’s your gateway to all this magical scenery, so make plans now and have an adventure.

Portree is a tender port due to the size of the harbour, so you will be tendered ashore into the heart of the town, close to all the amenities. 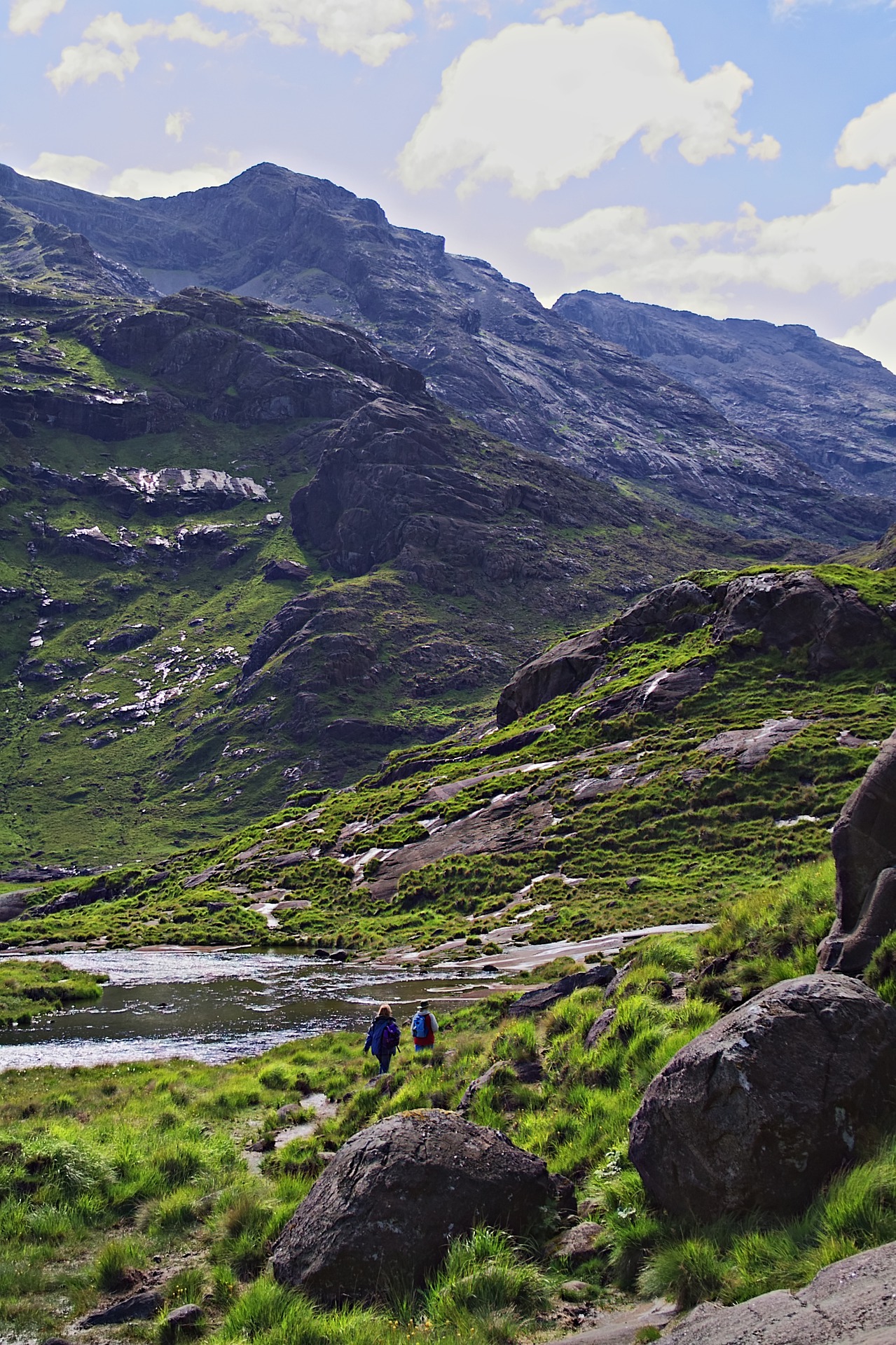 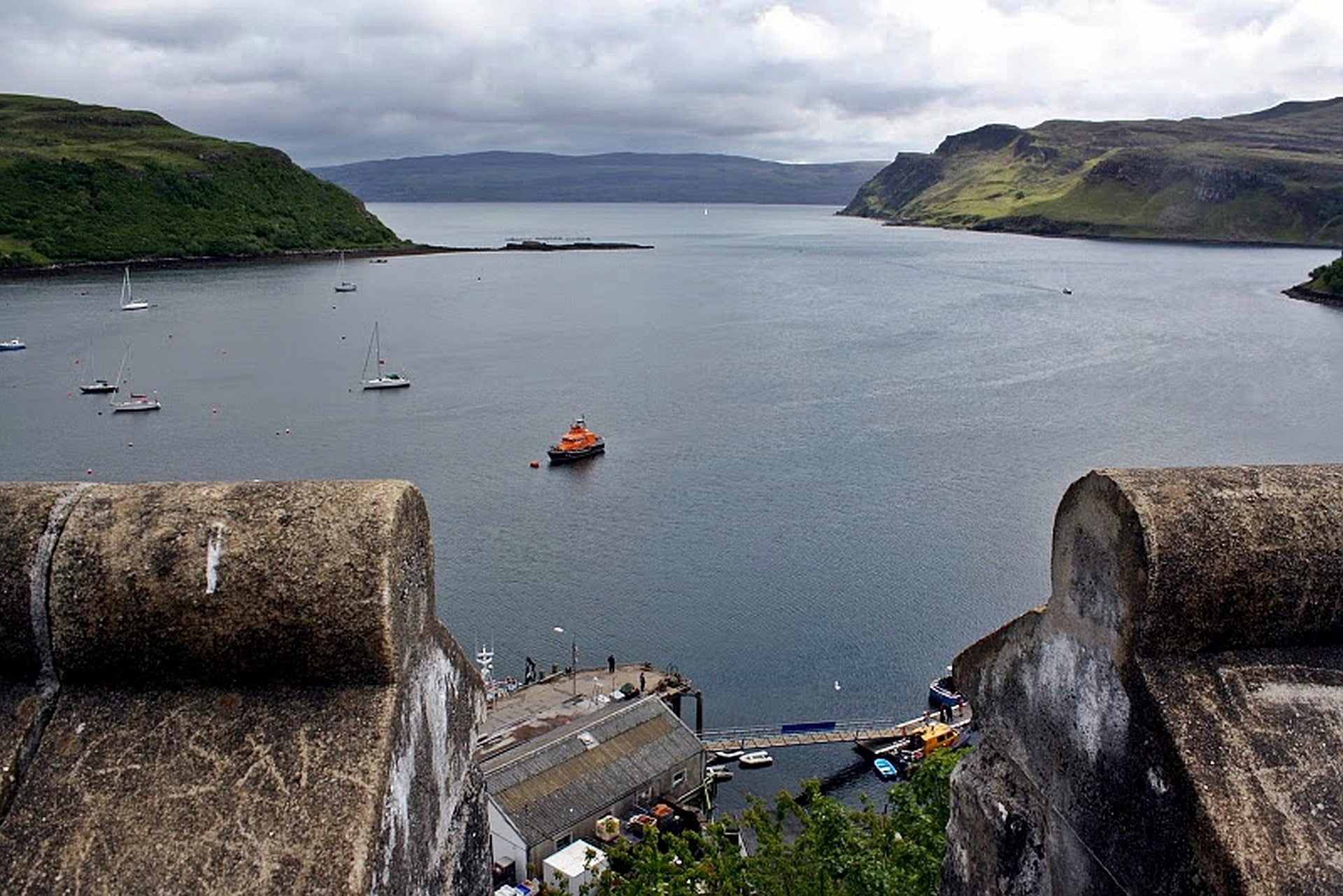