Rouen is a favourite of No Fly Cruises as it is one of those ports that combines the best of ocean and river cruising. This gives the Port of Rouen that classic cruising distinction of being both a major sea and river port and it hosts many cruise ships operating no-fly cruises from the UK each year. Get to know more about this wonderful destination in our Rouen cruise port guide.

The port is up river (or down if approaching from UK) on the Seine and the river passage commences in the river mouth between the cruise ports of Honfleur and Le Havre. Rouen is also considered to be the nearest cruise port to Paris and therefore it’s official gateway.

Traversing the Seine is a charming and memorable experience, much like a traditional river cruise. You will pass under the Normandy Bridge and the Tancarville Bridge and numerous quintissential French towns and villages, valleys and castles. It is estimated that six hours of sailing will bring you to the port of Rouen where you will disembark for your tours and often overnight in port.

Don’t forget to stop by our cruise blog for updates on Rouen cruises.

It is easy in Rouen to slip outside of the tourist track and discover a quiet and far more local experience. Head to the Place de la Rougemare which has some beautiful half timbered buildings, an iconic view of Rouen. These buildings frequent Rouen’s old centre and add to that truly authentic French experience. There is an awful lot to see in Rouen so the priority if you plan to avoid the offered excursions of the cruise company is to plan your visit well and in advance as perhaps opt for a cruise itinerary that overnights in this magnificent river port.

Underpinning any visit to any port town and region has to be the local cuisine on offer and the beautiful Normandy region is of course famed for it’s Cider and Calvados. In terms of dining, the French tend to enjoy a main meal at lunchtime as opposed to in the evening and it is an event to be enjoyed and taken time over, we really like this at Nofly. Regional cuisine in Rouen tends to offer steak Haché, Galettes and of course, escargot (snails). or grenouilles. Eating out in Rouen will likely focus on the restaurant rich areas of Place Barthelemy or Place de Vieux Marché.

You may well be aware that Rouen was also heavilly associated with Joan of Arc. In fact the 19 year old, a national heroine of France, burned alive in the Place De Vieux Marche in 1431. She was a peasant girl who went on to lead the French army in a  victory at Orléans in 1429, a feat that won her many enemies. Today a memorial to her stands where she met her terrible fate at such a young age. 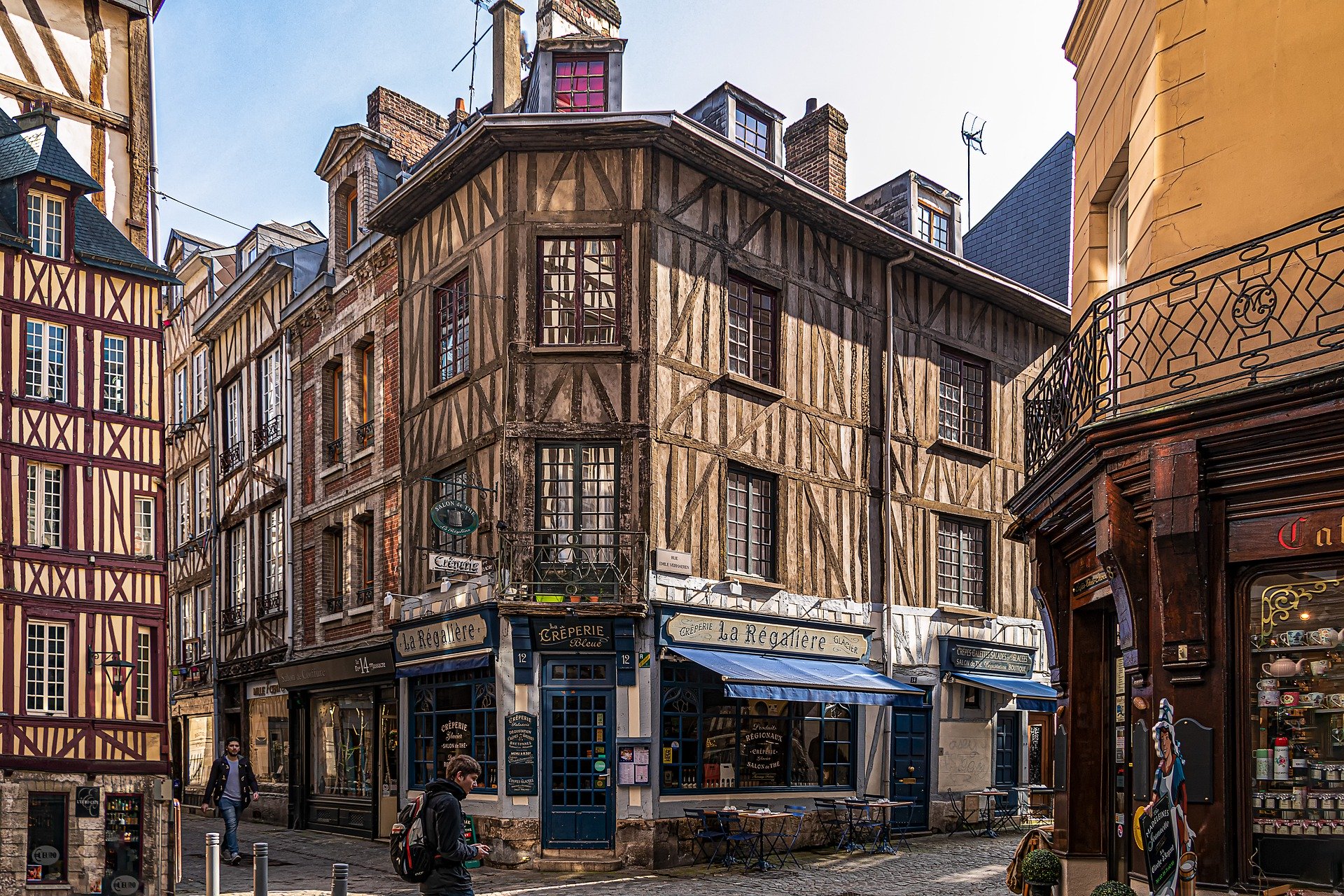