Seville is the Capital of Southern Spain and one of those Cities that meets every expectation for the traveller. Seville is beautiful and seductive, known for its flamenco dancing, fabulous food and stunning architecture. It is also a great place to visit by ship, being upriver of the mighty Guadalquivir, with a small and accessible port in the heart of the City. We love ports that literally sit alongside great places like Seville, especially for No Fly Cruises, and we’re about to take you deeper with our Seville cruise port guide.

Seville is a place that you can see many wonders simply with an unplanned walkabout, from the Gothic buildings to the Moorish walls and Baroque churches. At one point on our most recent visit, I stopped, believing I had suddenly been transported to Venice, such was the view. The summer streets of Seville are lined with giant Silk trees with their beautiful feathery pink clouds of flowers and Jacaranda Trees with their delicate fern like leaves that resemble purple flowers. These make for a carnival like explosion of colour even on nondescript streets.

Seville is one of those places that you simply must visit, take a walk down the winding medieval lanes, enjoy some tapas, take in an authentic flamenco show, cross a bridge over the river and take in the quintessential joys of Spain.

The port of Seville is small and c60km upriver on the Guadalquivir. This means it is only accessible by smaller ocean and river ships and the journey upriver is glorious, another no-fly port that combines river and ocean cruising. You can visit Seville from a larger ocean ship. The team at No-fly have  disembarked a ship in Cádiz which is a relatively short transfer by train or coach from Seville, but you really want to your ship to be alongside in the heart so go small-ship.

The great thing about the port is it is literally positioned in the heart of Seville, a relatively short walk through the beautiful and prominent Parque de María Luisa and past the historic landmark of the Plaza de España will take you right into the City Centre. And what a stunning City Seville is. The other piece of good news is that your ship is likely to overnight in port owing to the river transit so you’ll get the chance to experience the City by night too and Seville has a vibrant nightlife with many venues opening at 10pm.

If you cross the bridge from your cruise ships berth in the evening when it’s dark you will get a spectacular photo of the ship at night with her lights on against the backdrop of Seville at night and across the river. It’s a great shot. 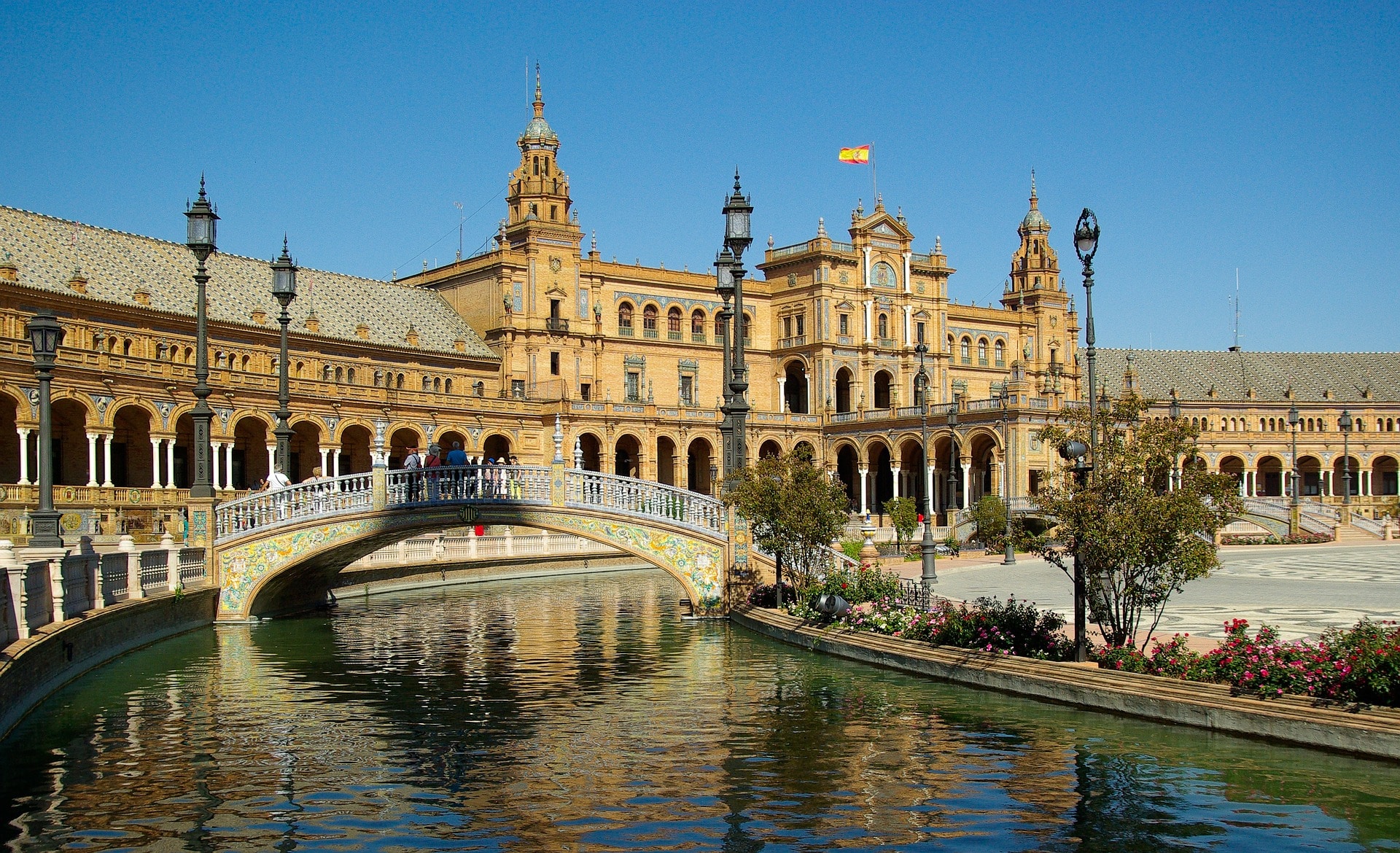 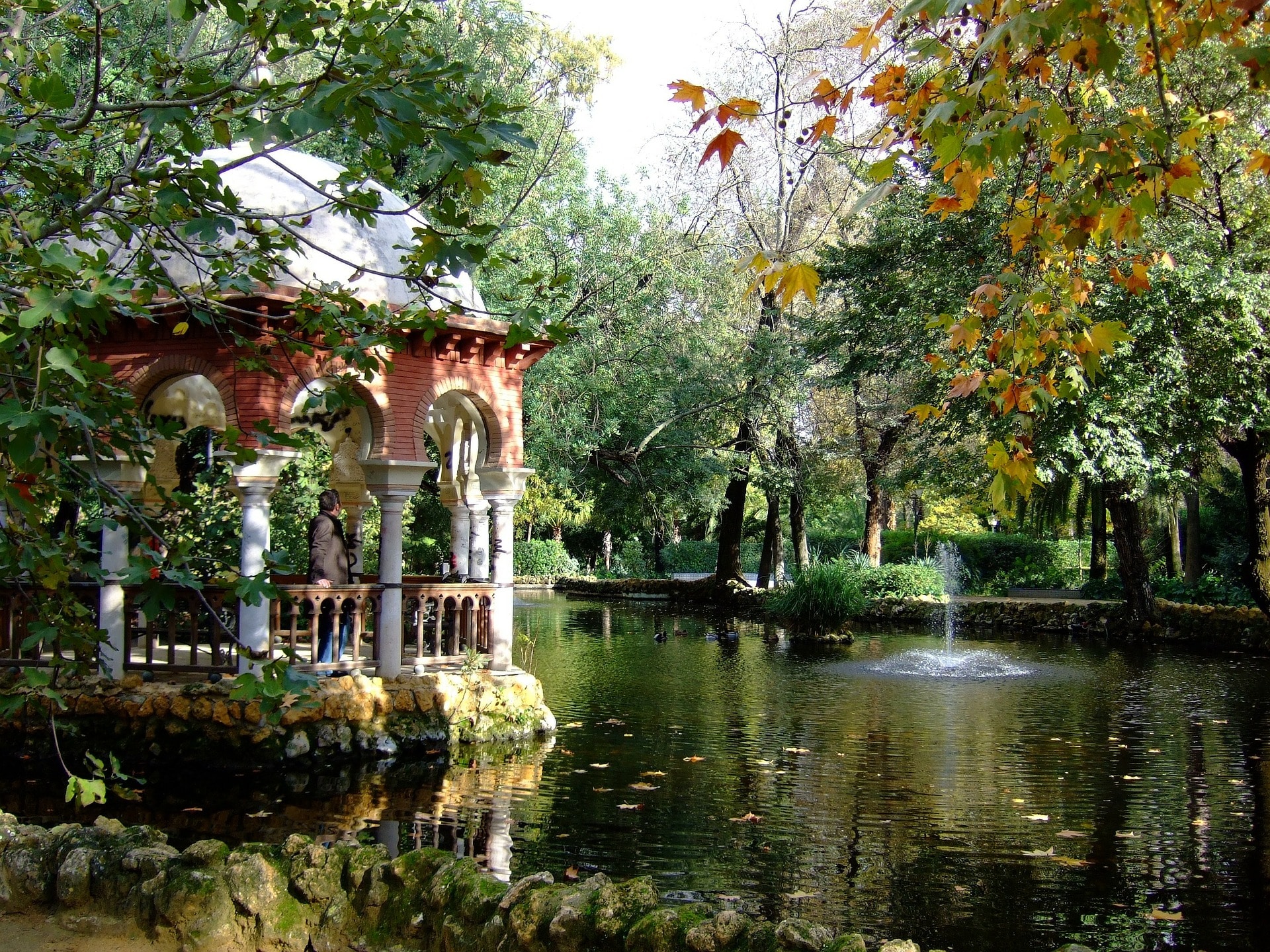 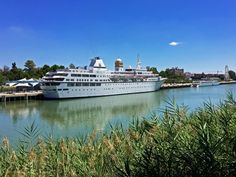 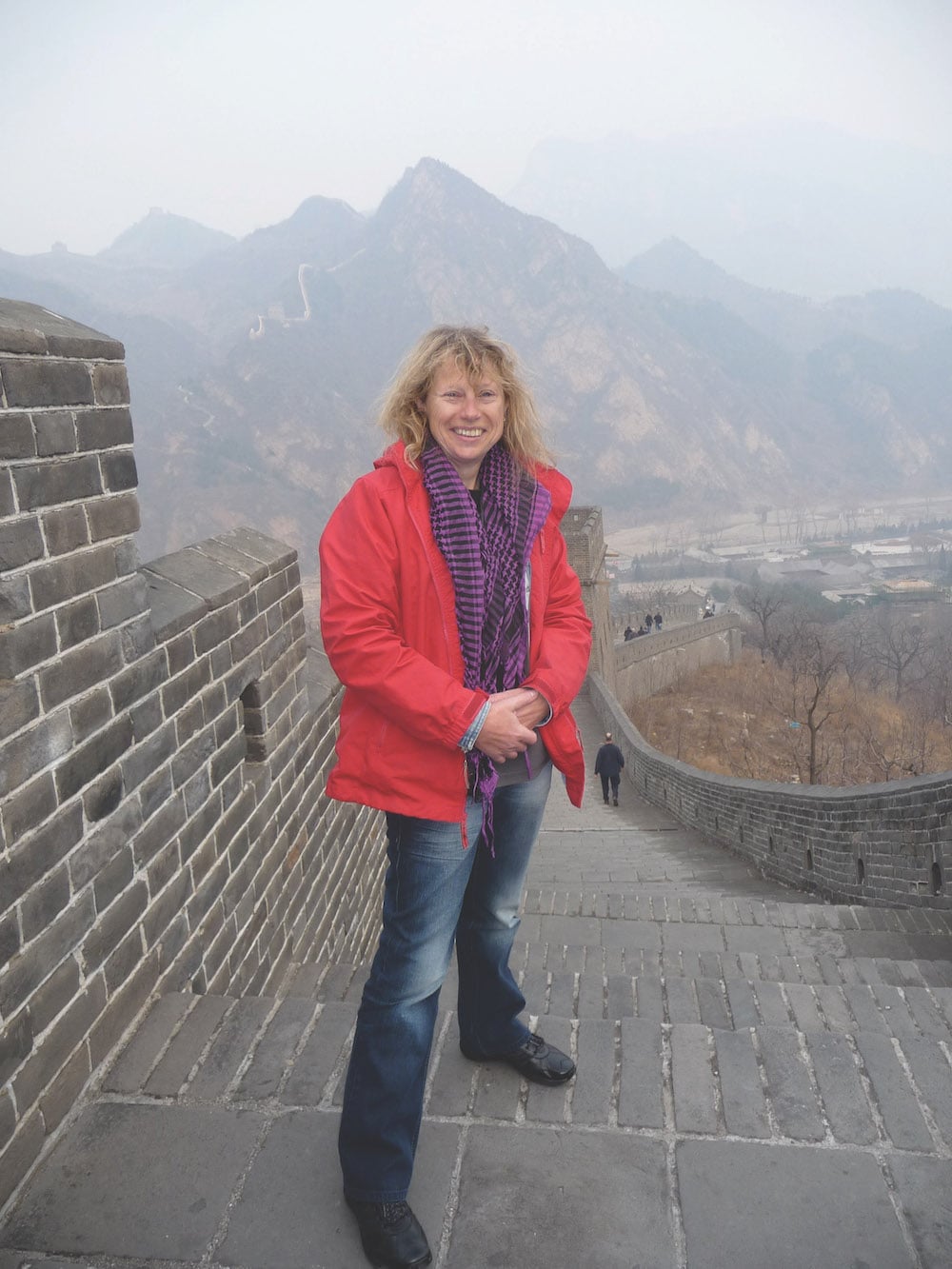 I finally made it to Seville after years of trying; now I can’t imagine going even 12 months without popping in for a quick getting to re-know you session. Strolling around the Barrio Santa Cruz historic centre, diving into a hidden tapas bar here, enjoying an authentic paella for dinner there. What a joy.

Those who arrive by ship are among a privileged few as only a handful of ocean-going vessels are small enough to navigate the Guadalquivir River into the city. Other cruisers have to visit on a day trip from Cadiz, about 75 miles due south.

Like everyone else visiting for the first time, I made a bee-line for the cathedral and Alcazar, which sit across from the Plaza del Triunfo from each other. The former is the third-largest cathedral in the world and said to be the final burial place of Christopher Columbus (just don’t tell the Dominicans as they reckon he lies in Santo Domingo!), while the Alcazar is the city’s royal palace, built by the Moors when they conquered Andalucia in the early 700s.

But here’s the thing. If you leave your visit until after lunch the queues for both will have calmed down. Allow at least three hours to see them, especially if you climb the Giralda belltower, fashioned from a minaret. It’s a long way up, mostly on a ramp; the reward is great views over the city at the top.

Santa Cruz is a wonderful maze of narrow, cobbled streets just begging to be explored, and no shortage of tapas bars and restaurants if you’re feeling peckish. The paella at Gusto (gustosevilla.com) is delicious; for tapas, check out El Rinconcillo (elrinconcillo.es). It is super touristy but with a lively vibe. Check out the waiters scribbling bills on the bar top in chalk.

There’s so much more to see in this vibrant city. The Plaza de Espana is spectacular, the riverside Triana Market is a visual (and olfactory) delight, the Metropol Parasol (nicknamed the mushroom) is quirky (don’t miss walking around the top), there’s flamenco aplenty and it’s lovely just to stroll along the river, past the Torre de Oro. Pop inside to gen up on Spain’s naval history.