Stavanger is one of Norway’s oldest cities and can lay claim to being the area where the modern Kingdom of Norway was united with the Battle of Hafrsfjord in roughly 872 AD, where King Harald Fairhair declared himself King of Norway. Officially founded as a city in 1125 with the construction of the cathedral, the history of Stavanger has been one of boom and bust, but at its heart the sea has always played a prominent role in its development, and now as one of Norway’s most popular cruise destinations, you too can add to the success the sea has brought the city. Welcome to our Stavanger cruise port guide.

On one side its inner city retains a small town character in and amongst its white wooden 18th and 19th century merchants houses, where the all-important fish canning industry and wharf side storage buildings dominated the economy. On the other, as the onshore hub and capital of Norway’s booming oil industry, a visitor to the city can experience the importance of the discovery of offshore oil at the Norwegian Petroleum Museum and view some of the many oil platforms that line the harbour.

Further afield you can explore Viking history at the Museum of Archaeology and even visit an Iron Age Farm and archaeological site, and view the fantastic Three Swords Monument, positioned where they believe the Battle of Hafrsfjord is likely to have taken place. If you want to get your fjord fix, Stavanger is located within easy reach of the Lysefjord, where you can either take a fjord cruise to view the stunning rock formations and waterfalls or take the challenge of hiking up to Preikestolen (Pulpit Rock), which overhangs the fjord 604 metres below.

The cruise piers in Stavanger are positioned around the Vågen (Harbour) right at the heart of the city centre, within easy walking distance of all the major attractions. The Strandkaien berth is located directly opposite Gamle Stavanger and you’re likely to be able get a fantastic view of the area from your ship as they tend to tower above the houses.

The old part of the city with the restored wooden 18th and 19th century houses. This area is cobbled and has some steep streets to traverse to fully appreciate it, with around 250 houses in typical white with red tiled roofs impeccably preserved and now seen as one of trendiest parts of the city.

The oldest cathedral in Norway dates to 1100, completed in 1150, and dedicated to St. Swithun Bishop of Winchester. Originally constructed out of wood, it was damaged during a fire in 1272 that affected the whole city, so it was rebuilt in stone in gothic style.

As the oil capital of Norway after the discovery of oil in 1969 in the North Sea, Stavanger’s economy is focused on offshore activities and acts as the onshore base for the industry. This interactive museum focuses on these activities displaying objects highlighting the various details that have shaped the changing landscape of the oil industry.

Comprising several departments spread across various sites in the city, the Stavanger Museum established in 1877 focuses on natural and cultural history. Its locations include:

Covering the Stone, Bronze, Viking and Middle Ages, this fantastic museum highlights the human development in the Rogaland region spanning 11,000 years. At its heart is the exhibition Viking Voyagers, with collections found in Viking burials that include swords, jewellery and items brought back from raids and expeditions overseas.

Sverd i fjell (Swords in Rock)

A monument made up of three bronze swords that are 10 metres tall stuck in a rock in an area believed to be the site of the Battle of Harfsfjord. This battle which is believed to have taken place in 872, is when legend states King Harald Fairhair united Norway under one crown.

In contrast to Gamle Stavanger, make sure you visit the street called Fargegaten (official street name is (Øvre Holmegate). This pedestrianised street is a kaleidoscope of colour, as all the buildings have been painted in bright colours, from pink to blue, green and yellow. It was after a local hairdresser decided in 2005 to lobby for the area to brightened up to attract visitors, and it seems to have done the job, as people now come to the street to take photos and stop in one of the many coffee shops or boutiques.

The only farm of its kind in Norway, it replicates a farmstead of three buildings from the period 350-550AD.

A truly stunning collection of man-made tropical gardens located on the island of Sør-Hidle and host tours between May and the end of September. The gardens are redesigned and replanted every year.

This 42km (26 mile) fjord is accessed by boat tour from Stavanger and is well known for its rock formation Preikestolen, Pulpit Rock. This is a steep cliff that rises 604 metres (1,982ft) above the fjord and is a popular hiking route.

Stavanger experiences warmer temperatures than many other parts of Norway due to the Gulf Stream, with a record high of 34 degrees Celsius. August is traditionally the warmest month with an average of 15 degrees Celsius.

From the cruise port locations around Vågen all the major attractions are easily walkable, just be aware that some areas are cobbled such as Gamle Stavanger, and some areas of the city are accessed via inclines.

Fjord cruises to visit Lysefjord depart from the Vågen and are run by Rødne Fjord Cruises. Departures vary depending on the season, but in the summer months there are several departures a day and prices start from 580NOK per person. For more information including updated prices and schedules check out https://rodne.no/en/fjordcruise/#stavanger

For Hop On Hop Off services, including information on the routes and prices, check out https://city-sightseeing.com/en/70/stavanger

Stavanger is the fourth largest city in Norway and can become crowded in peak tourist season from May to September, so take care of yourself in built up areas.

With the fishing industry having played a major role in the development of Stavanger, you have to sample the local catch at this fish restaurant that is also a small fish market located at the heart of the harbour. The menu changes regularly, except for two mainstays in the shrimp sandwich and fish soup. 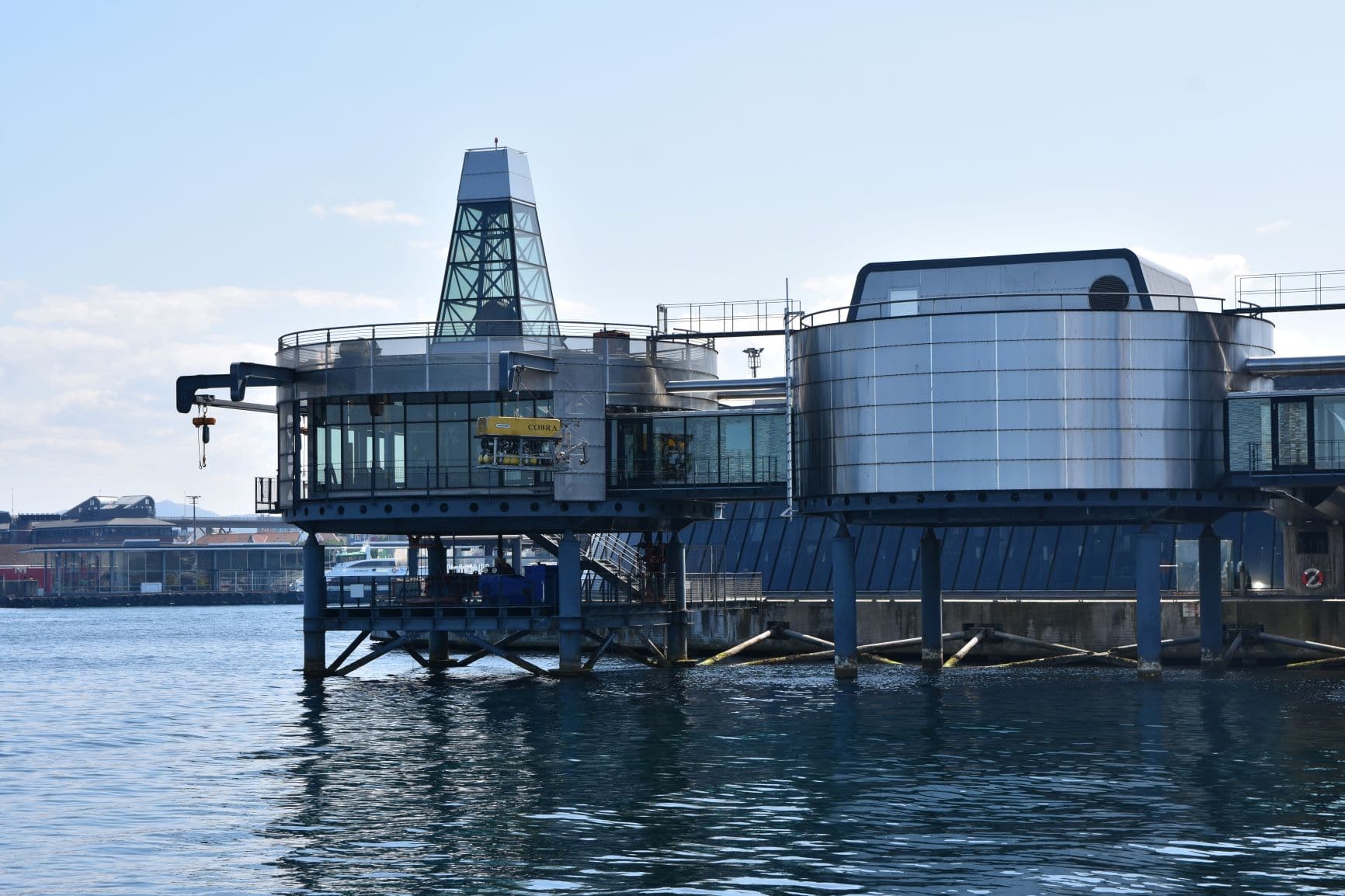 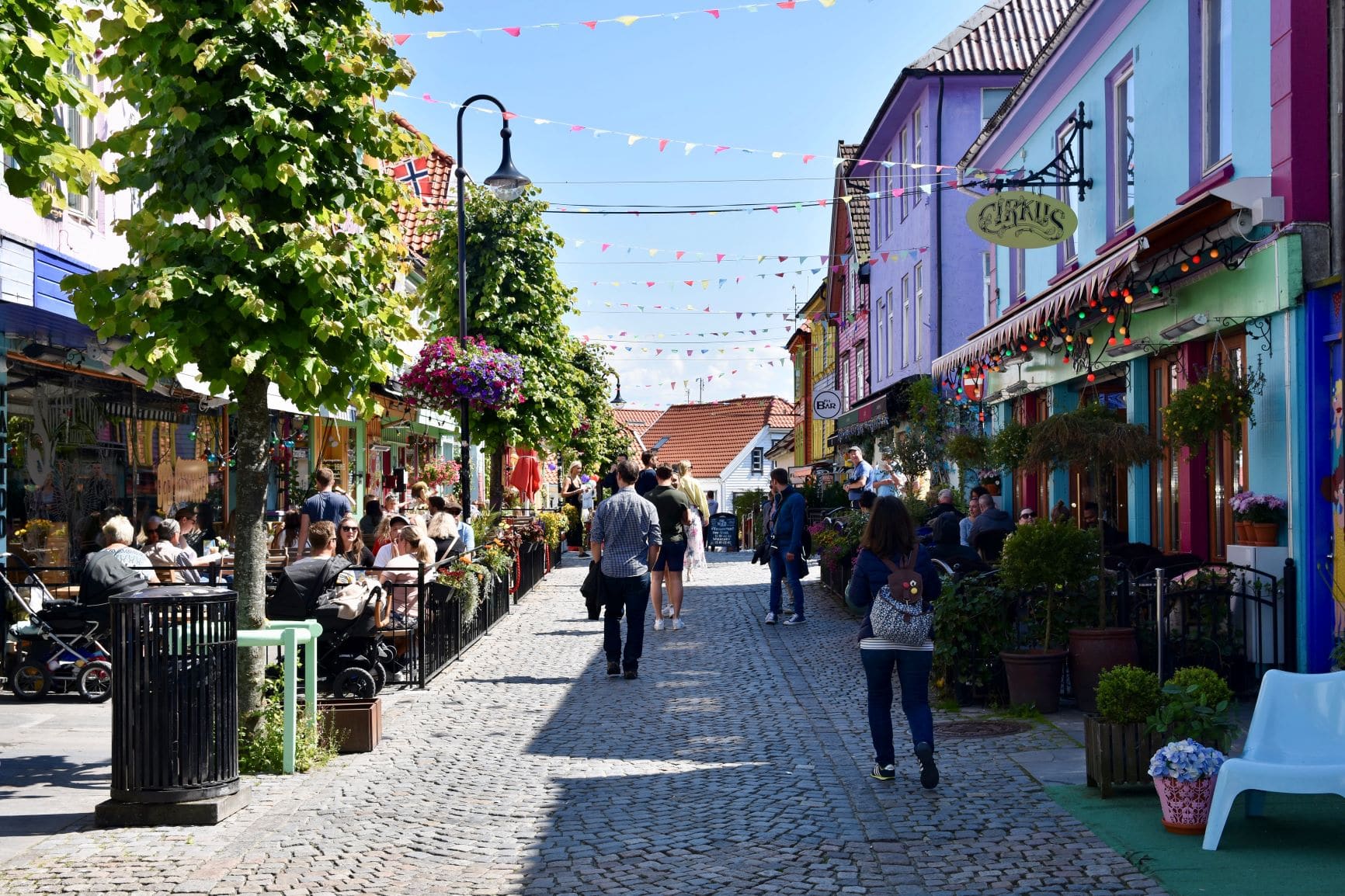