Founded in around 1250 and now stretching across 14 islands all linked by 57 bridges, Stockholm is a truly beautiful place to visit. It’s a mixture of old medieval cobble streets, open parks and public squares, museums, galleries and a thriving outdoor café culture. It’s a friendly place, with all the trappings of the Scandinavian laid back attitudes to life. You’re sure to feel welcome and at home during your time in Stockholm. Welcome to our Stockholm cruise port guide.

There are two cruise terminals within the city limits of Stockholm. The closest to the main attractions of Gamla Stan is the Stadsgarden Cruise Ship Terminal, located approximately 2.5km from Gamla Stan. It is easy enough to walk following the walking route markings that have been painted on the pavement. Most cruise lines will also operate a shuttle service from here, just check the drop off location in the city centre. There is a small tourist information booth and shop selling souvenirs.

The Stockholm Cruise Centre at Frihamnen, which is 5km from Gamla Stan, is purpose built for large cruise vessels and has a terminal with shops and amenities. Whilst it is possible to walk to the city centre from here, it is much more practical to take a shuttle service which most cruise lines will operate, again just check the drop off and pick-up location.

Stockholm’s elegant old town and is where you’ll find pretty cobbled streets, the beautiful Royal Palace, Stockholm Cathedral, museums, touristy shops and pavement bars, cafés and restaurants. Stortorget is the main square and the heart of the old town, which is surrounded by colourful merchants houses.

Located in Gamla Stan on the north side of Stortorget, this imposing building is now home to the Nobel Prize Museum with exhibits about the history of the Nobel Prize and the significant contributions of its winners.

The largest palace in Europe with 608 rooms making not just the largest, but also the grandest on the continent. The current palace dates from the 18th Century, and you can visit inside ro see several rooms including the throne room. Beneath the palace you can also visit the palace armoury, complete with the collection of historic royal carriages. The palace is protected by the Swedish Royal Guard, who you can watch each day with the changing of the guard that happens at lunchtime.

Despite its baroque exterior making it blend in with its surrounding, it is in fact 700 years old. It was adapted when the Palace was reconstructed, but its interior retains most of its Gothic features.

This striking church is the burial church of the Swedish monarchs, with all rulers from King Gustaf II Adolf (d. 1632) bar Queen Christina having been interned here. It is open to the public in the summer months.

Across the water from Gamla Stan, this is where the Nobel Prizes are awarded each year inside The Blue Room. Alfred Nobel, the Stockholm native who was the founder of the namesake prize, created it to recognize the work of important people in the world of science, medicine, literature and peace and offer them part of his fortune. Its interior also contains stunning architecture and a Golden Chamber with a wall mosaic made of millions of pieces of glass and gold leaf.

The most popular museum in the city and easily identifiable by the replica twin masts rising up through the ceiling. The museum houses the reconstructed Vasa, once the world’s largest ship, built in the 17th Century. Capable of carrying 300 soldiers and 64 cannons, she was built to display the might and power of Sweden. However, on her maiden voyage in 1628 she managed to travel only 1,300 metres before overturning and sinking in Stockholm harbour as she was too top heavy. It managed to survive in the mud of the harbour until it was salvaged in 1961 and restored for all to appreciate.

With many other attractions spread out across so many islands, your hardest decision is going to be deciding what to do with your day.

NoFlyCruises recommends https://www.visitstockholm.com the official guide to Stockholm, operated by the Stockholm Business Region wholly owned by the City of Stockholm.

The currency in Sweden is the Swedish Krona.

During the months that cruise ships call to the city (May-September), the summer average temperature can be between 20-25 degrees Celsius. You can experience temperatures in July and August of up to 30 degrees, the warmest of any Nordic capital city. These months are also the brightest due to the long daylight hours which can extend to up to 18 in Midsummer at the end of June. Stockholm is in fact one of the sunniest cities in Northern Europe.

There are many ways you can get around the city, including sightseeing buses, hop on hop off services, boat cruises around the many waterways and the vast public transport network which includes buses, trams and a metro system. Most of the main attractions in Gamla Stan are walkable, whilst the area of Djurgården with its open parks and museums is accessible on tram route number 7 or bus route number 69. If you are wanting to use public transport regularly during your stay, then a travelcard allows you to travel as much as you like for either a 24 or 72 hour period. Zone tickets are the alternative if you just want to make the occasional journey. Both can be purchased at SL Centre and ticket agents. For more information, check out https://sl.se/en/in-english

For Hop On Hop Off services, including information on the routes and prices, check out https://city-sightseeing.com/en/109/stockholm

Stockholm is one of the safest cities in Europe, however pickpockets do like to operate around popular tourist areas such as Gamla Stan, so pay close attention to your personal belongings when in crowded areas.

This decadent French style restaurant is all about the seafood and setting, being right on the water on the edge of Gamla Stan. It also has a fantastic bar with outdoor seating to drink in the fabulous views across the water to Skeppsholmen and beyond.

Serving traditional Swedish dishes in a relaxed and comfortable setting. The service is delightful and the seasonal menu changes allowing you a chance to sample as much of Swedish cuisine as you can on multiple visits. 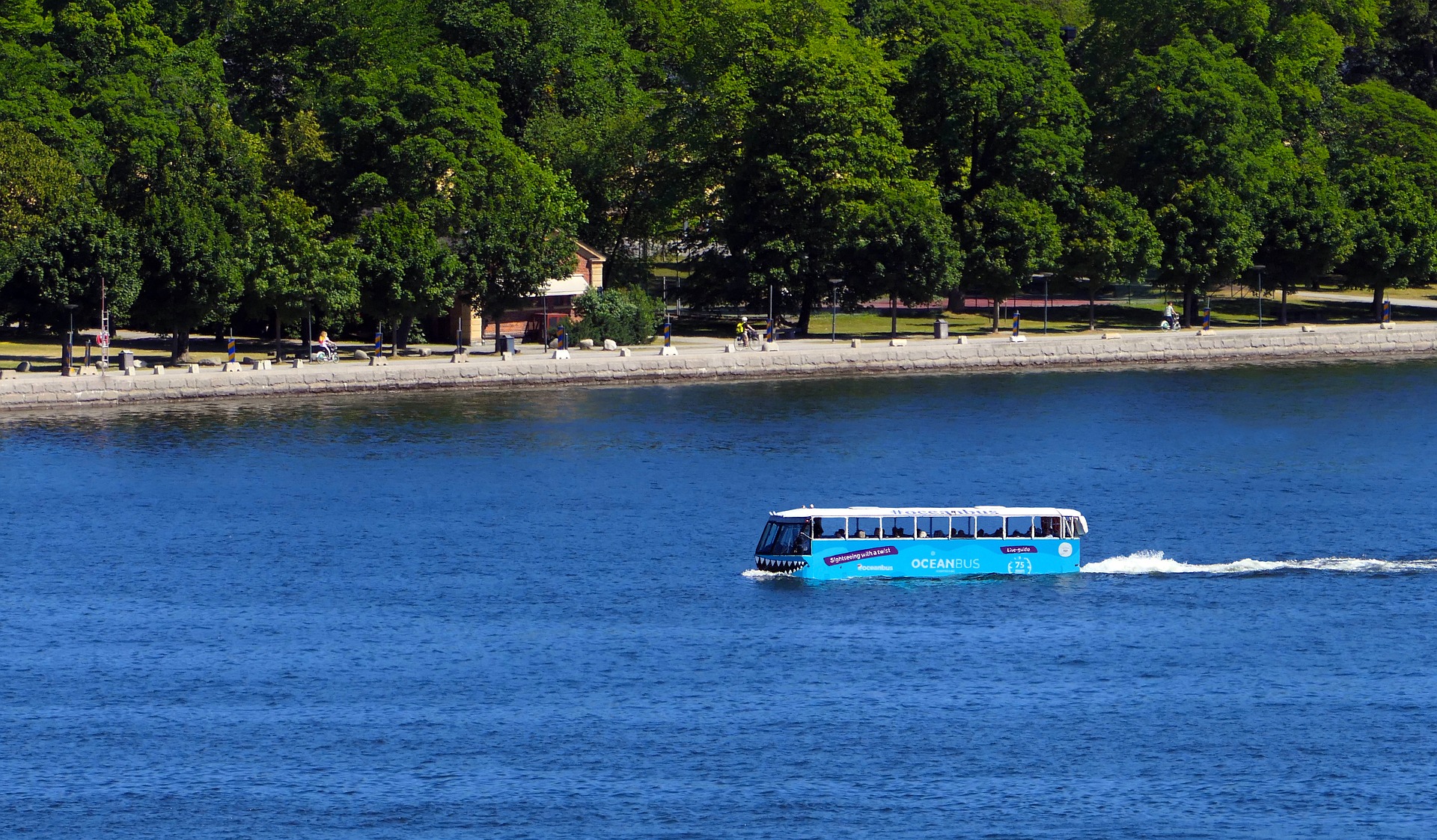 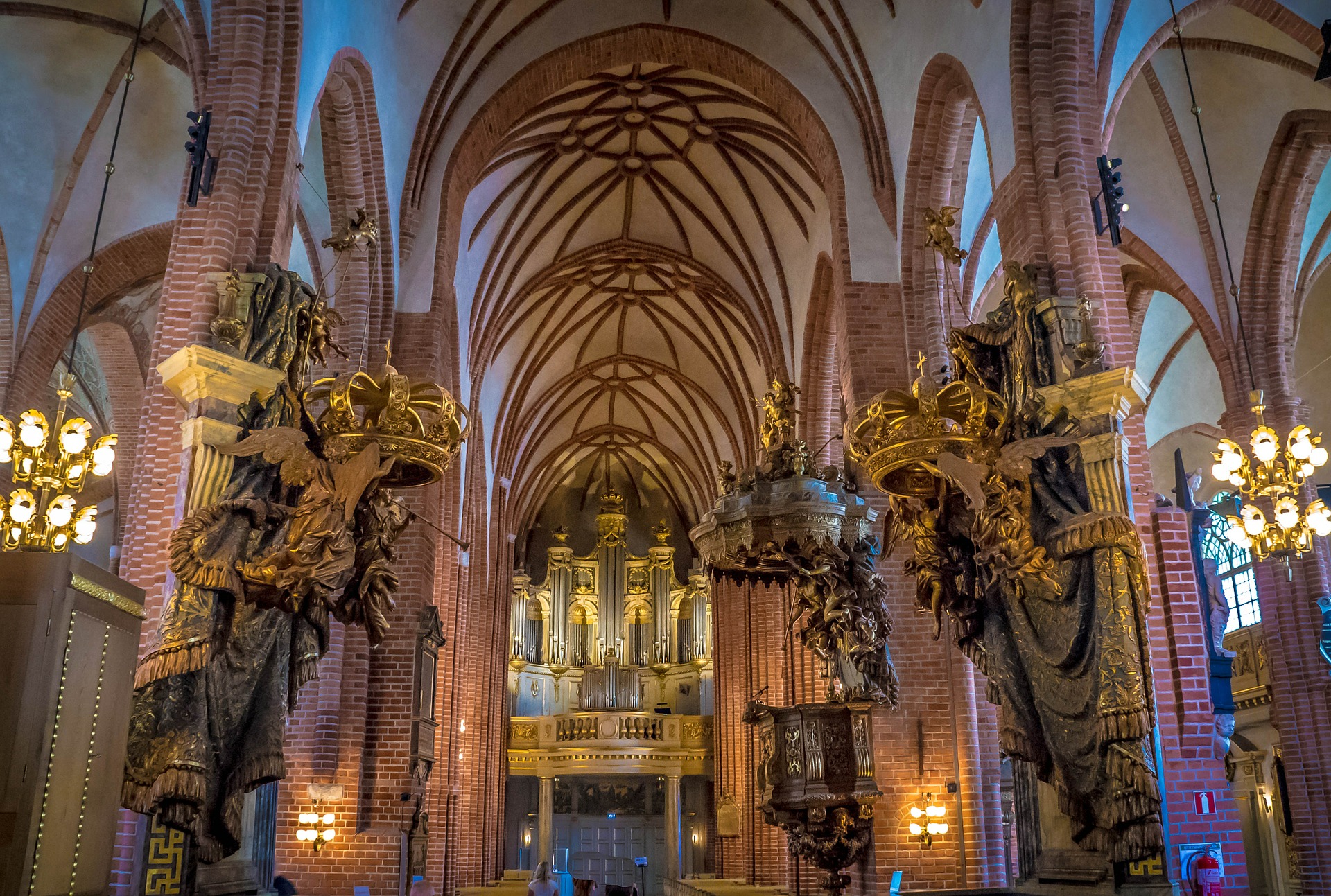 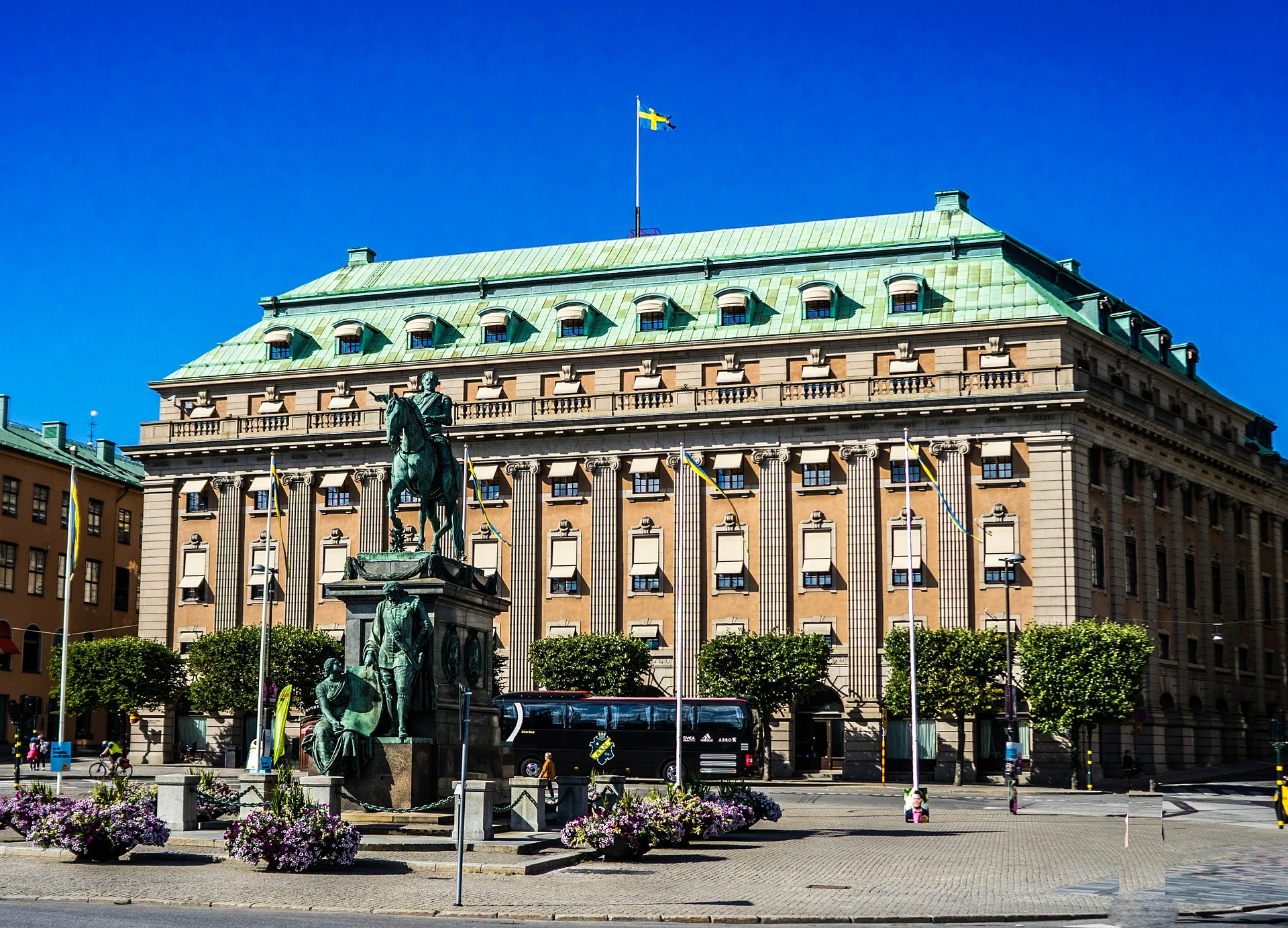 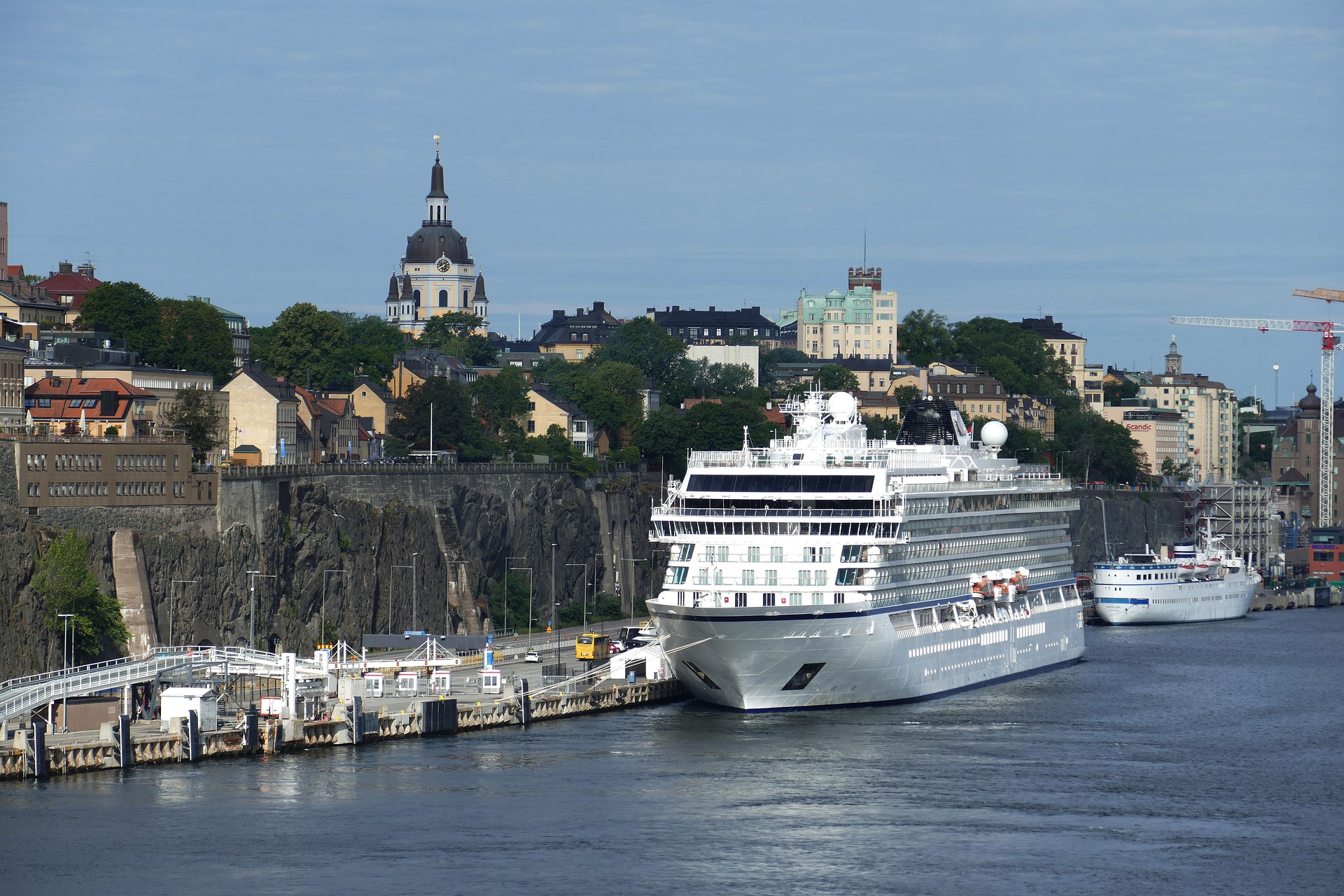