Tallinn is unquestionably one of Europe’s most magical capitals. A UNESCO World Heritage Site, The Old Town itself can be divided by its upper and lower town areas, providing a range of historical highlights that can be easily explored on foot and give the impression that you’ve been transported back to medieval times. Welcome to our Tallinn cruise port guide.

The Old Town is definitely where you will spend the majority of your time, enjoying this UNESCO World Heritage Site and believing you’re in fairytale land of magic. It is hard not to come away from Tallinn and wish to return to explore more again.

Whilst most of the attractions in Tallinn are medieval and historical buildings, the city has an eclectic arts scene that is no better demonstrated than at the Telliskivi Creative City on the outskirts of the Old Town. It is an Art-focused venue featuring studios, galleries and theatres along with cafes, bars and cultural events. It also has lots of creative street art that acts as an interesting framing device for photos of the Old Town that can be seen in the background.

Pirita is a coastal district whose marina was constructed for the 1980 Moscow Olympics sailing events. Inland from the marina you can explore the Tallinn Botanic Garden, a 300 acre park with both open air and greenhouse exhibits of plant life, and the Tallinn TV Tower, with an observation deck on the 21st floor of the 314 metre structure.

Did you know that Kadriorg Palace was built by Peter the Great, founder of St Petersburg and Tsar of Russia, for his wife Catherine. It eventually became the first presidential palace of Estonia before a purpose built one located nearby in the palace grounds was built in 1938.

The Port of Tallinn (Tallinna Sadam) is where cruise ships dock and is conveniently located for great access to the city and sightseeing options. It is approximately 2km to the Town Hall Square, although you can access the Old Town via Pikk Street at Fat Margaret which is only 1.2km from the port.

The port area has undergone extensive development works over the years and a new eco-friendly terminal complex with souvenir shops and tourist information is scheduled to open in July 2021.

City Sightseeing buses and taxis are available from the port, however it is feasible to walk into the Old Town, with well organised and sign posted routes. This is being actively encouraged by the local authorities to reduce road traffic and also to showcase the number of walking routes that are available to explore the city.

Known as Toompea, this is where you will find several key highlights of the city including:

The medieval order castle was built in the 13th-14th centuries and has remained one of the most significant symbols of reigning power and today is the home of the Estonian parliament.

The Dome Cathedral of St. Mary’s

The Dome Church as it is commonly known is the city’s oldest church, dating to the 13th Century.

On the eastern side of Toompea you can admire the rooftops of the lower town and the numerous church spires that rise up and tower over the city. You’ll even be able to see your ship in port for that all important selfie opportunity.

Known as All-linn, you’ll find many hidden gems in the cobbled streets, plenty of shopping and dining options and more key historic highlights, including:

The heart of the Old Town surrounded by pastel coloured merchants buildings which double as cafes and restaurants and souvenir shops. It is where numerous markets take place throughout the year, inclyding a medieval themed market in spring and the Christmas Market with its impressive Christmas tree, a tradition dating back to the 15th Century.

The best-preserved Gothic town hall in Northern Europe, retaining its basic structure from the 15th Century. Atop of its tower is the famous weathervane Old Thomas, who has been in situ here since 1530 and is considered a symbol of Tallinn. You can even climb the  64 metre tall tower via its 115 step spiral staircase to view the city from its belfry balcony at 34 metres high.

One building of note tucked away in a corner of the square is the Town Hall Pharmacy, the oldest functioning pharmacy in the world still active today and first mentioned in 1422.

One of the most imposing gothic churches in medieval Europe, first mentioned in 1267. Around 1500, the building reached the height of 159 metres, and became the world’s tallest building of the time.

14th Century church with the oldest clock in the city on its exterior, dating from the 17th Century.

Original 1230s church now home to the ecclesiastical art collection of the Art Museum of Estonia.

Old Tallinn is contained within 2km of city wall with 26 defensive towers that have been preserved from the 16th century when Tallinn boasted one of the most powerful and strongest defensive systems in Northern Europe. At that time the wall was 3 meters thick and 15 meters high, and stretched for 4km around the city, with 48 defensive towers.

The largest defensive tower, the main entrance to Pikk Street and now home to the Estonian Maritime Museum.

Meaning ‘peep into the kitchen’ in Low German, due to the ability for the tower occupants to see into nearby house kitchens, it is now a museum and photographic gallery.

NoFlyCruises recommends https://visittallinn.ee the official website of the Tallinn City Tourist Office and Convention Bureau, for more information on Tallinn.

The currency of Estonia is the Euro.

Tallinn’s weather is dictated by the interacting forces of the Atlantic current and the Eurasian continent, with the surrounding Baltic Sea and Gulf of Finland creating variable weather conditions throughout the seasons.

Most cruise calls to Tallinn occur in summer months (May-September) when the weather is mild, although temperatures can reach the high 20s and close to 30 degrees Celsius on occasion. Expect there to be some breeze in the city and even thunderstorms caused by the humidity.

The Old Town is compact and easy to navigate on foot. It is primarily pedestrianised, although large sections are cobbled and a bit uneven so do take care.

There is a public transport network of buses, trolleys and trams should you wish to reach areas outside of the Old Town. For ticket information including prices and how and where to buy, as well as updated route maps, check out https://tallinn.pilet.ee/buy

For Hop On Hop Off services, including information on the routes and prices, check out https://city-sightseeing.com/en/39/tallinn

In peak summer season the Old Town can become crowded and busy.

Based on a medieval merchant’s home, with waiting staff dressed in medieval garb and dishes that reflect a heart medieval feast (think Wild Boar and Elk Meat), this is a charming restaurant on the corner of the Town Hall Square. Prices are reasonable and the restaurant offers indoor and outdoor dining.

If you are a fan of garlic then this is the place for you, just warn anyone you come into contact with socially where you have been. All elements of the menu have garlic as their main component, from the starters through to the desserts, with different tastes to suit your palate. Located in a medieval merchants building with views out onto the Town Hall Square, Balthasar is quite popular but also at the pricey end of the spectrum. 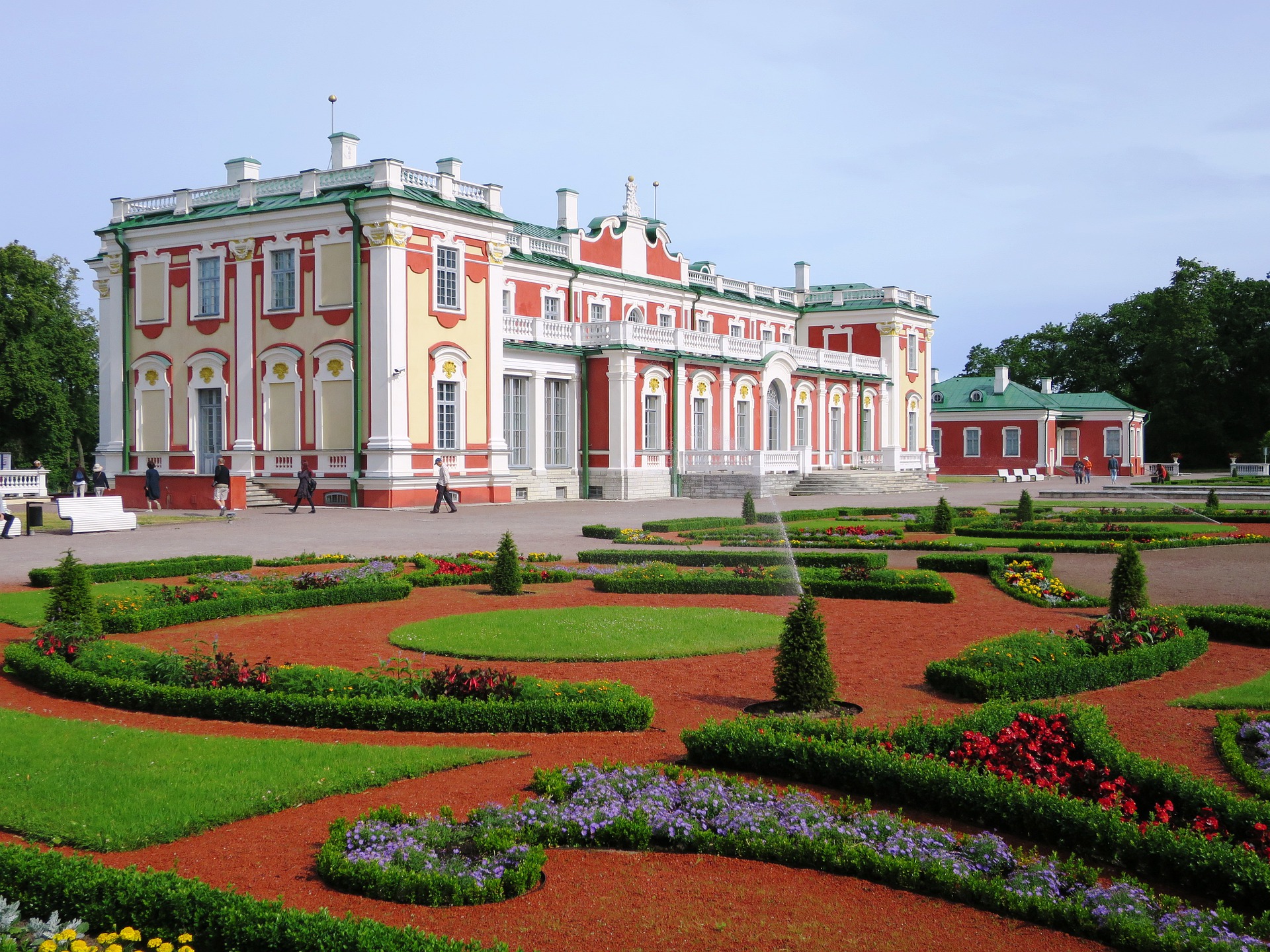 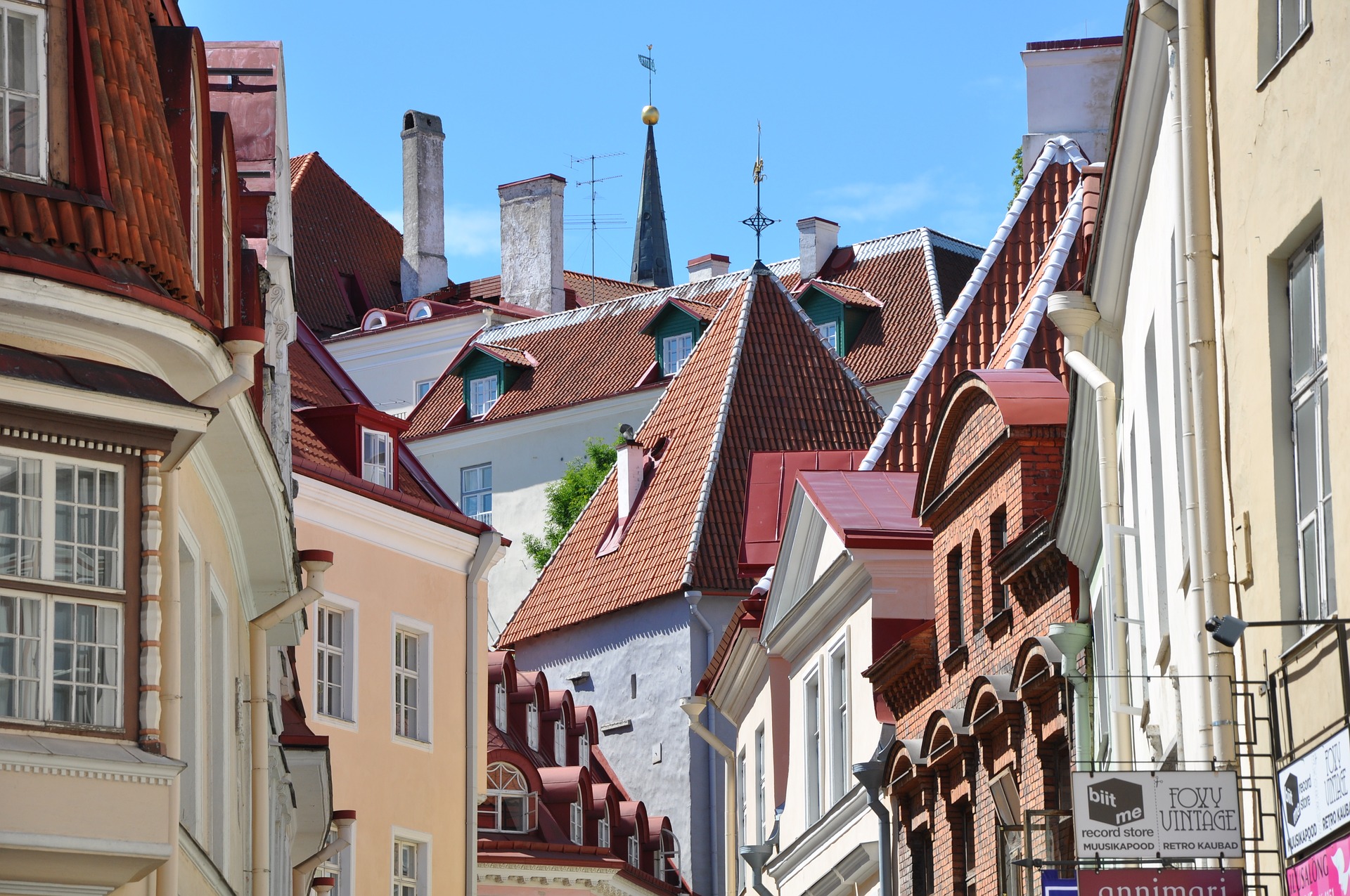 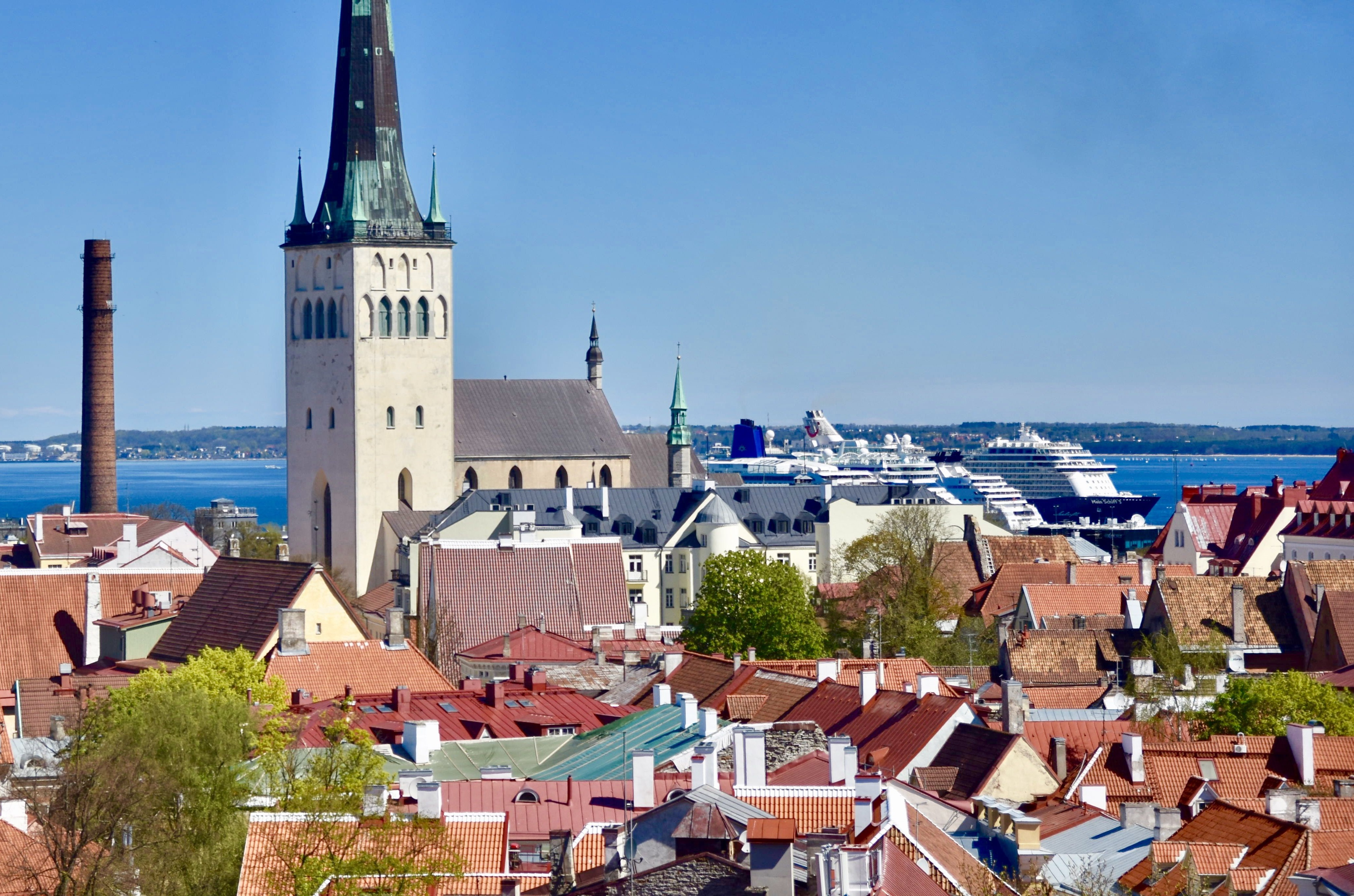